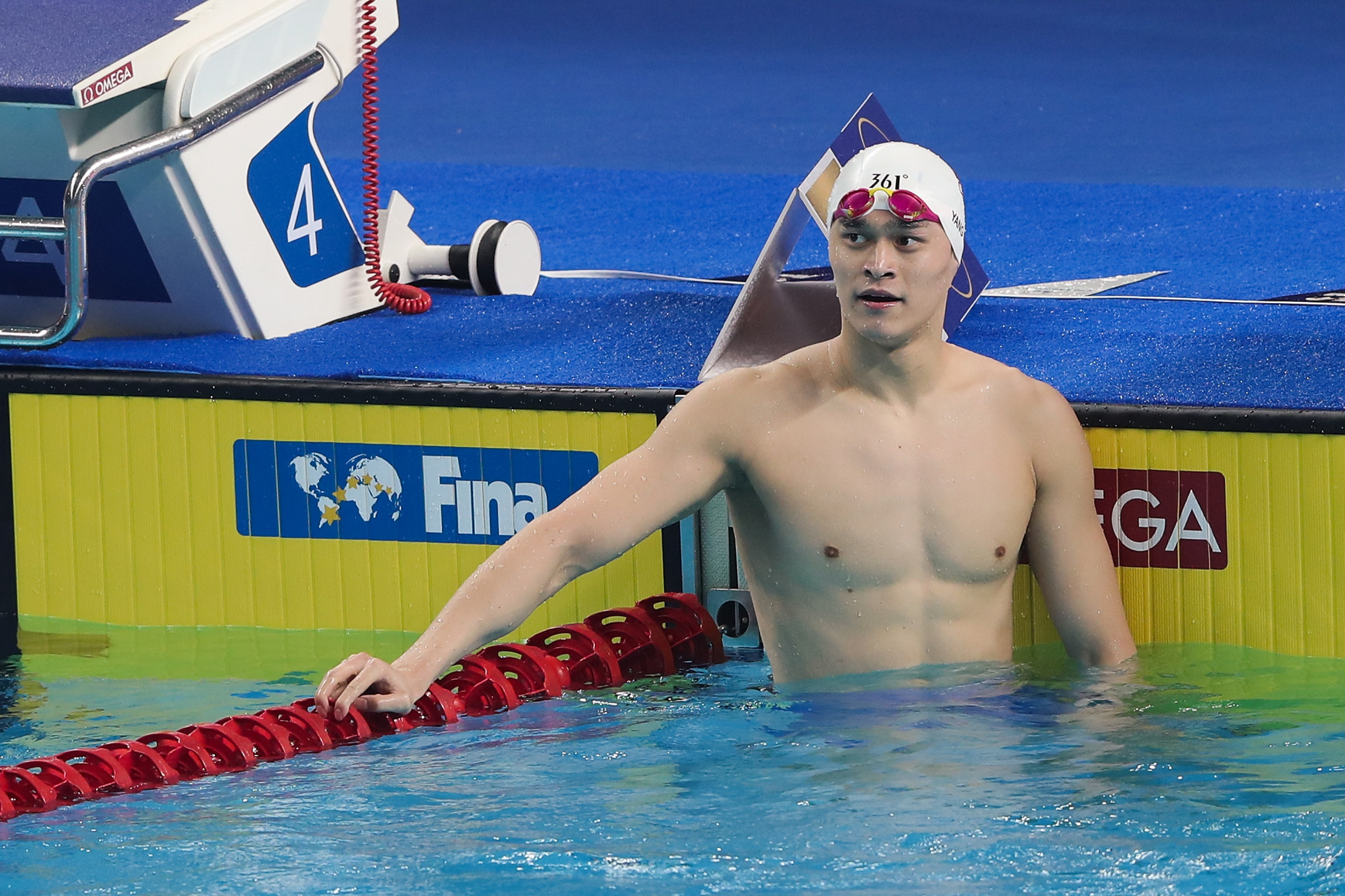 Sun Yang's lawyers have filed two appeals with the Swiss Federal Tribunal as the Chinese swimmer seeks to overturn an eight-year doping ban.

The three-time Olympic champion was handed his ban by the Court of Arbitration for Sport (CAS) in February.

He was found to have committed the second anti-doping offence of his career, after one of his entourage smashed his blood vial with a hammer during a row with drug testers in September 2018.

The CAS upheld an appeal from the World Anti-Doping Agency (WADA) against a decision from the International Swimming Federation's Doping Panel to let the 28-year-old off with a warning.

The ruling came after a public hearing in the case took place in Montreux in November.

Sun was reported in May to have filed an appeal to the Swiss Federal Tribunal in an attempt to overturn the suspension.

Lawyers for the swimmer confirmed Sun has filed two appeals, with the first seeking to overturn the ban.

The second appeal is aimed at having the sanction reduced from eight years.

"On 28 April 2020, Mr. Sun Yang filed an application with the Swiss Supreme Court to set aside the award rendered by the Court of Arbitration for Sport on 28 February 2020, by which the CAS Panel announced an eight-year ban against Mr. Sun Yang," a statement from the Bonnard Lawson law firm read.

“On 15 June 2020, Mr. Sun Yang filed an application for revision of the same award in addition to the setting-aside application.

"Please note that during the proceedings, Mr. Sun Yang and the below counsel will not give any interviews or provide further information on the proceedings.

"Mr. Sun Yang will continue to firmly defend his legitimate rights and prove his innocence.

"He would like to express his gratitude to swimming fans and the public for their consistent support."

Sun is being represented by Fabrice Robert-Tissot from Bonnard Lawson, as well as Christopher Boog and Philippe Bartsch from the Schellenberg Wittmer law firm.

The Swiss Federal Tribunal only rules based on potential procedural issues and on human rights, and will not make a judgement on the CAS panel's interpretation of the law.

Sun, an 11-time world champion, denies wrongdoing and claimed the officials who arrived to test him at his home on the night which could cost him his career did not have the correct credentials.

But the CAS panel agreed with WADA that the accreditation of the doping control officer at the centre of the row, which led to the vial being smashed, was in line with international standards.

In its verdict, the CAS said Sun had "failed to establish that he had a compelling justification to destroy his sample collection containers".

The decision rules Sun out of the Tokyo 2020 Olympic Games, postponed until 2021 because of the coronavirus pandemic, and his appeal represents his last-chance attempt to be eligible to compete at the event.