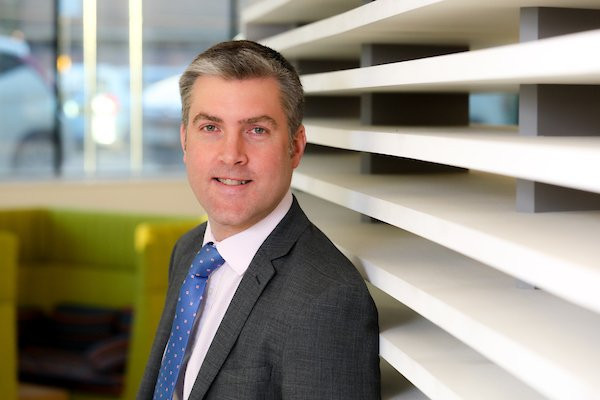 Birmingham 2022 chief executive Ian Reid revealed he was "confident" of delivering the Commonwealth Games in budget despite the coronavirus pandemic.

Reid discussed the progress of Birmingham 2022 here at an event to mark two-years-to-go until the multi-sport competition.

There have been concerns the pandemic will have a financial impact on the Games, with Liam Byrne, a Member of Parliament for Birmingham, recently warning of a "very dangerous fiscal situation" around the event.

Despite this, Reid revealed his confidence of remaining in budget to insidethegames.

Birmingham 2022 is estimated to cost £778 million ($974 million/€865 million), with the majority of funding set to come from the UK Government and £184 million ($230 million/€204 million) coming from Birmingham City Council and other local bodies.

"So far, I do not think there is anything major so I am still confident standing here today that our Games budget, which was an extra £778 million of public money, is still absolutely sufficient and deliverable for a fantastic event," Reid said.

"So we are comfortable with that."

Reid also discussed the impact of the pandemic on venue construction, with sites having to temporarily close down during the peak of the global health crisis.

Sandwell Aquatics Centre, the setting for the swimming and diving at Birmingham 2022, is being built on Londonderry Playing Fields in Smethwick, while the Athletes' Village is set to be constructed in Perry Barr.

"On the construction projects, we are reviewing the major projects, so Sandwell and the Village," Reid said.

"This is simply recognising that the programmes are already tight and some of those sites had to go down.

"In Sandwell's case, the site only went down for 24 hours and was back up quite quickly.

"The Village took a little bit longer until health and safety regulations were updated, and rightly that has had an impact on delivery.

"So, we have got some experts in to review the programme and we will get the results of that in the next couple of weeks, and we will be able to assess the deliverability."

The pandemic may have resulted in unexpected obstacles for Birmingham 2022, but Reid reiterated his confidence they would not have an impact on the Games.

"In terms of putting on a world class event that everyone expects here in Birmingham, then we are absolutely on track," he said.

"Rightly, the Board considered all the implications of COVID-19, including dates, and I am really pleased to say we looked at all of that and thought, we can absolutely deliver it in 2022."

Commonwealth Games Federation chief executive David Grevemberg was another to emphasise his confidence of a successful Birmingham 2022 here.

"I am just so excited about this event after a fairly challenging few months," he said.

"There has been lots and lots of water under the bridge and a number of issues, so to be able to be around sport again, live sport here in the backdrop, is just absolutely wonderful.

"I am really delighted to be here and I am really enthusiastic, and I remain confident that this is going to be a fantastic event in 2022."

Birmingham 2022 unveiled the location for the 3x3 basketball and beach volleyball venues today as part of the two-years-to-go celebrations.

Smithfield, previously the site of Birmingham's Wholesale Markets, has been chosen to stage the two sports, with temporary courts set-up here to demonstrate the venue.