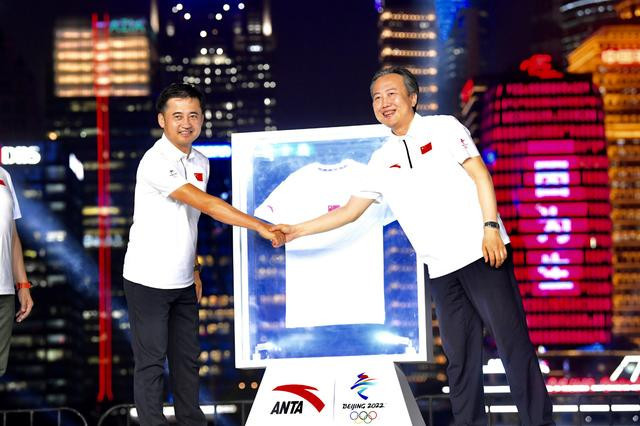 A collection of licensed sportswear for the Beijing 2022 Winter Olympics and Paralympics has been released in Shanghai by leading Chinese brand ANTA Sports.

The launch, which took place yesterday, featured for the first time some items which bore the national flag.

ANTA was appointed the official sports apparel partner of Beijing 2022 in 2017.

It also has an agreement with the International Olympic Committee to be its official uniform supplier until the end of 2022.

ANTA chose the city of Shanghai because of its links to fashion.

At the launch, ANTA executive director Zheng Jie said: "We hope that these special clothing that features the national flag will allow our consumers to express the Chinese personality and show our enthusiasm for the Winter Olympic Games."

Zheng's comments were reported by China Daily, with the ANTA official also referencing the firm having been a partner of the Chinese Olympic Committee since 2009.

It provides 32 national sporting teams with uniforms but has never before released them to the public because of the presence of the Chinese flag.

"This is the first time that we have been given permission to feature the national flag, the emblem of the game and logo of our brand to the public," Zheng added.

"We hope that the consumers can experience the clothing that our national athletes wear and better relate to the Beijing 2022 Winter Olympic Games."

Three collections were launched in total, with five clothing series contained with these.

National-flag series products are made from the same fabric athletes representing China will wear, with all outerwear being waterproof and focused on ventilation according to Zheng.