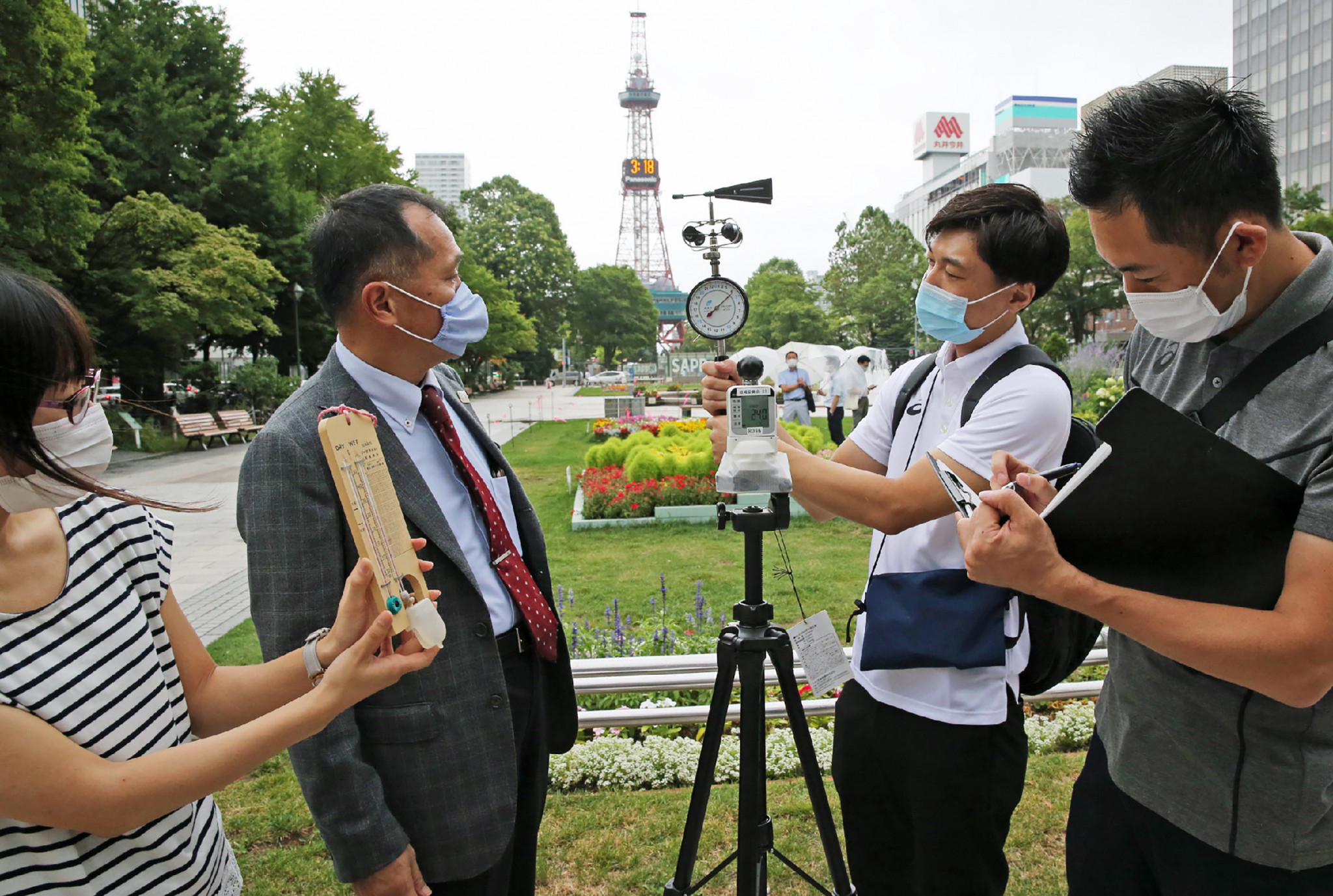 World Athletics has revealed it is encouraged by the potential racing conditions in Sapporo next year for the marathon and race walk events at the Olympics following an assessment of environmental and air quality data.

The officials visited the marathon course last Saturday (August 8), exactly on year prior to the men’s marathon race at the rescheduled Tokyo 2020,

The four elements have been shown to have a strong impact on health and athletic performance.

A black bulb equipped with thermal sensors was installed in the front of the bike for the first time, enabling the calculation of wet-bulb globe temperature (WBGT), an index of heat stress.

The WBGT was reported to have been well within the Category 1 white safe area.

"If the conditions are the same next year, the athletes will have a great race.

"The section of the course that goes through the Hokkaido University Park is beautiful, shaded, between lily ponds and small creeks. That’s the part of the course where the WBGT is lower due to the trees."

"In general the air quality was very good and it reflected a normal urban environment with regular traffic conditions."

World Athletics said the data, which was sampled every 10 seconds, has been stored in a secure cloud for further analysis.

Over 15,000 data points were collected over three hours, each of them linked to its coordinates.

World Athletics claimed this will help researchers to better understand the air quality and heat that athletes would be exposed to, along the course, if there were no traffic restrictions.

Miguel Escribano, the company’s business development manager, assisted with the monitoring from his office in Spain.

"Preliminary results show levels for all pollutants below the limit values recommended by the World Health Organisation (WHO), with the typical trends in urban environment caused by traffic emissions," he said.

"The thermal stress levels stayed in the safe area the entire time, with a tangible improvement each of the three times that the rider crossed the Hokkaido University Park."

Ozone levels reportedly followed a typical pattern, increasing steadily through the early hours of the morning due to the reaction of sunlight and other pollutants such as NO2.

Reconstruction of the GPS data is now set to take place, with the aim of allowing a more detailed analysis of the course with more spatial resolution.

The marathon course in Sapporo is set to be officially measured and certified later this year.

Organisers are planning to stage a test event on the course at some point in 2021, most likely between March and May.

Sapporo was confirmed as the planned venue for the marathon and race walk events at next year’s Games back in April.

The reconfirmation came after the postponement of the Tokyo 2020 Olympics to 2021, due to the coronavirus pandemic.

The International Olympic Committee last October announced the controversial decision to shift the marathon and race walk events to Sapporo from the capital city Tokyo.

Heat concerns in Tokyo during the Games period was cited as the reason for the move.