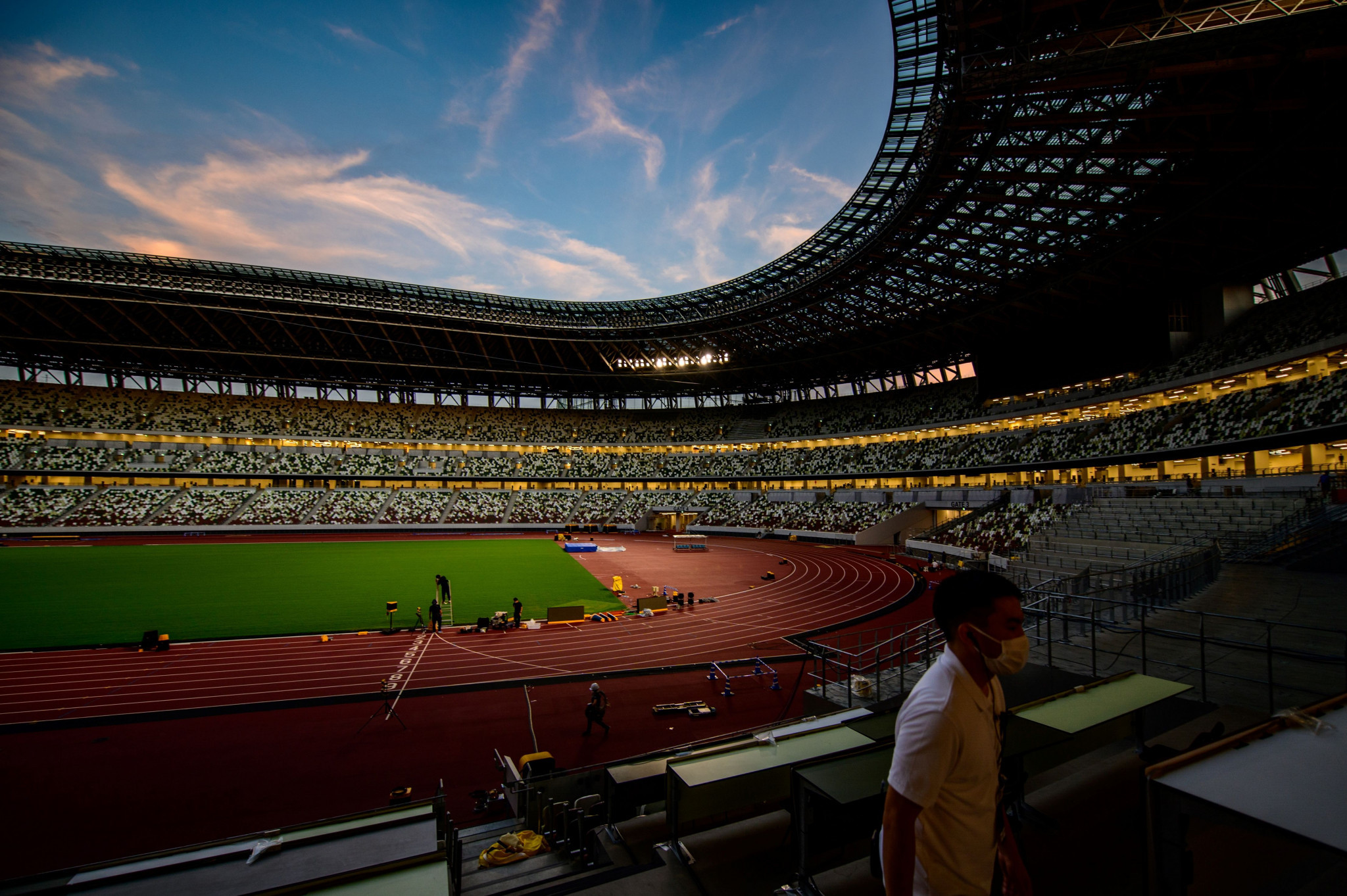 Japan National Stadium, which will stage athletics and the Opening and Closing Ceremonies at Tokyo 2020, has held its first event since the COVID-19 pandemic, with Japan's top athletes competing at the Seiko Golden Grand Prix yesterday.

The upgraded venue, which opened again in December 2019, was due to host the Paralympic Opening Ceremony tomorrow before the Games were postponed until 2021 because of the pandemic.

The televised athletics meeting was held behind closed doors, with only athletes and a select group of journalists and officials in attendance.

Restrictions on spectators at live events have been eased in recent months in Japan, with up to 5,000 allowed to watch football and baseball matches, but organisers deemed it safest not to allow fans entry to Japan National Stadium.

Athletes competing included Yoshihide Kiryū, who won silver with the Japanese team in the 4x100 metres relay at the Rio 2016 Olympics.

In the men's 100m, the headline event of the meeting, Kiryū clocked a time of 10.14 seconds to edge out Aska Cambridge.

All of the leading men's Japanese sprinters were in attendance - with the exception of national record holder, Abdul Hakim Sani Brown.

The meeting was part of World Athletics' Continental Tour Gold and was largely limited to Japanese athletes, plus some foreign competitors based in the nation.

Ryota Yamagata, the fourth-fastest Japanese athlete of all time and also a member of the silver medal-winning relay team at Rio 2016, returned to action after 15 months out with a punctured lung and torn ankle ligament.