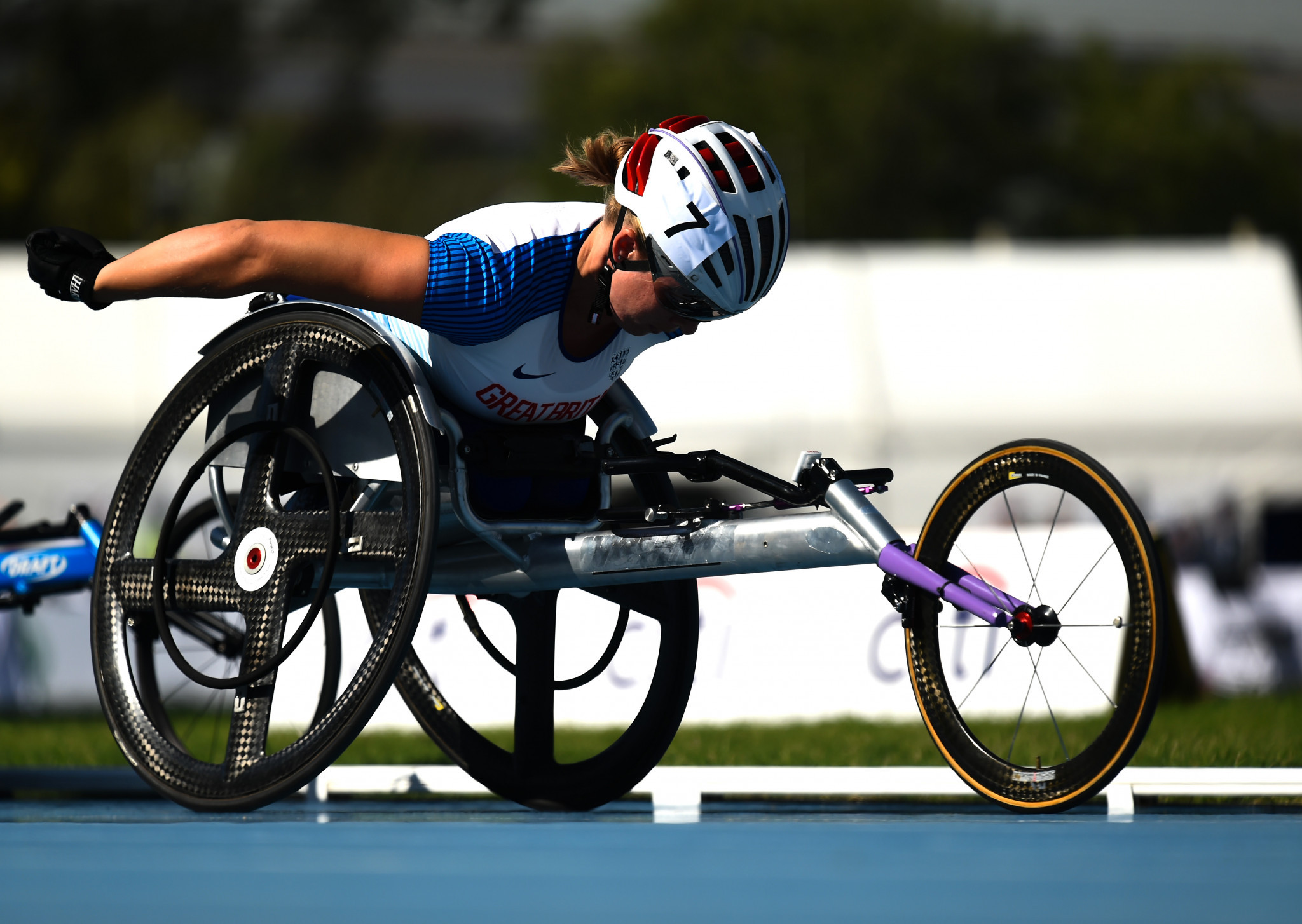 Twelve-time world champion Hannah Cockroft has said the postponement of the Tokyo 2020 Paralympic Games was a "knock" but has looked forward to the resumption of competition.

Cockroft made the comments to Athletics Weekly, prior to participating at the British Championships.

The British Championships are scheduled to be held at the Manchester Regional Arena on September 4 and 5, the first year the event will be away from its usual home in Birmingham since 2007, with the Alexander Stadium currently being renovated for the 2022 Commonwealth Games.

The programme will have two wheelchair and two ambulant track events.

Cockroft will race in the 400 metres wheelchair race and has welcomed the chance to return to competition following the coronavirus-enforced break and postponement of Tokyo 2020.

"I spent lockdown at home in Chester with my boyfriend, Nathan Maguire," Cockroft told Athletics Weekly.

"I was the one in the house that cried when it was announced that the Games were not going to take place this year, I was absolutely gutted.

"I was absolutely gutted.

"But this year doesn’t feel like a Paralympic year anymore.

"It doesn’t feel like that is where we should be, I have kind of accepted it.

"Obviously I think it would be worse if we didn’t have a competition to look forward to.

"But there is an aim now, there is something to go for, and I believe that I did put everything I could into my training while I could.

"I had faith we would race at some point this year."

In the women's ambulant event, T38 100m and 200m world record holder Sophie Hahn headlines the field and will be joined by T35 sprinter Maria Lyle, who recently won her first world titles at the same distances.

In the men's ambulant 100m, Thomas Young comes off the back of the T38 100m silver medal at the World Championships and will be joined by Ola Abidogun, who finished sixth in the T47 100m final at the same competition.