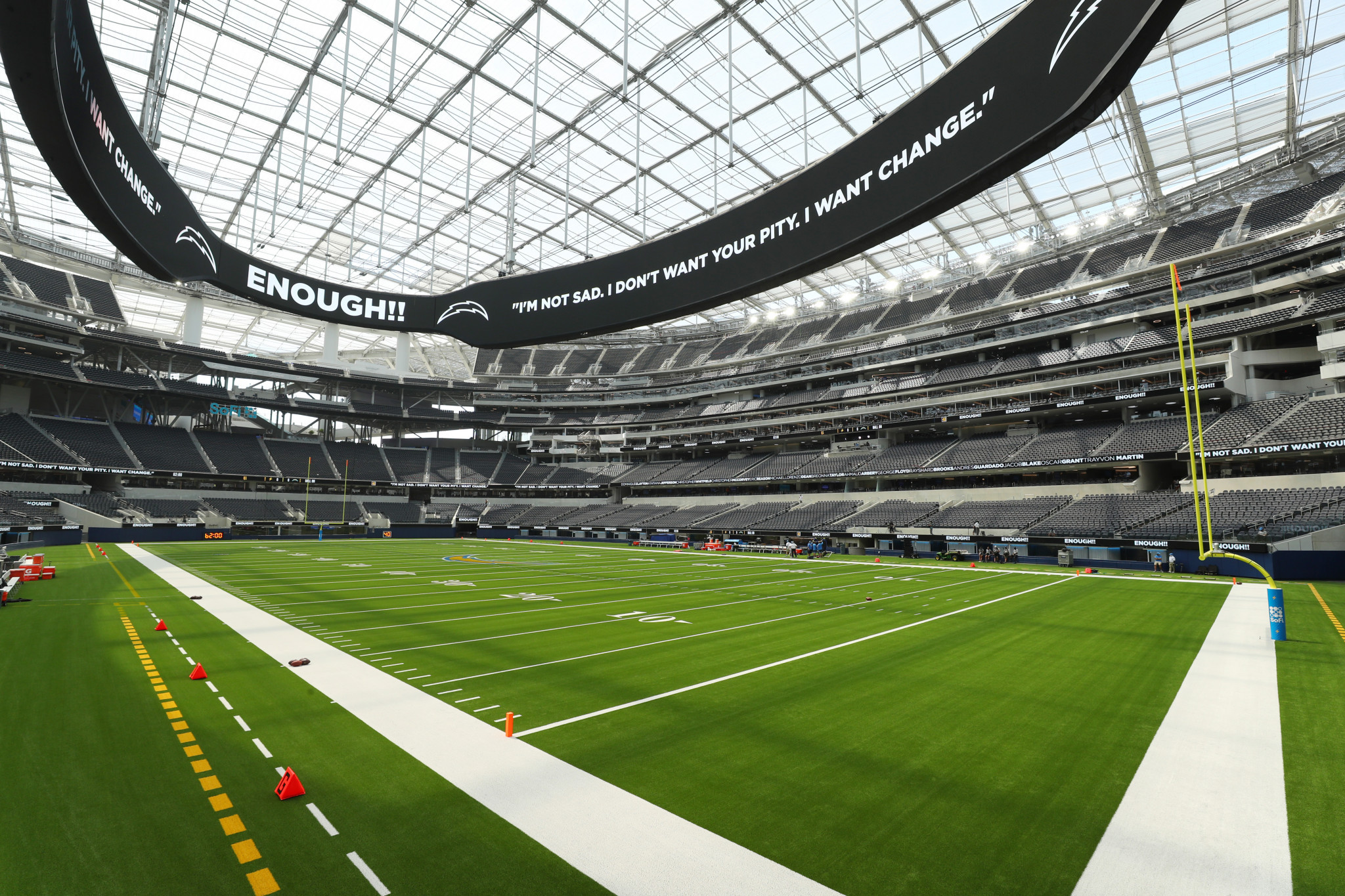 The Los Angeles Chargers cancelled their first practice at SoFi Stadium - their new home stadium and a key Los Angeles 2028 venue - to protest the police shooting of Jacob Blake.

Numerous American sports leagues, including Major League Baseball (MLB) and the National Basketball Association (NBA), have encountered player-led boycotts after footage emerged of Blake being shot seven times in the back by police in Kenosha, Wisconsin.

Two people were also killed at a Black Lives Matter protest in Kenosha in response to the shooting.

Several National Football League teams elected not to practice on Thursday (August 27) and the Chargers - due to have a scrimmage at SoFi Stadium for the first time - were among them.

Head coach Anthony Lynn spoke on the field, saying it was his decision to scrap the scrimmage, and several players took the opportunity to advocate for social change.

"I don't want your pity.

"We want real change for our people." pic.twitter.com/X06Ir0vuaf

The Chargers will share the venue with the Los Angeles Rams, who held their first scrimmage their last week.

Both teams are set to move into SoFi Stadium for the 2020 season, but will do so without fans being present because of the coronavirus crisis.

SoFi Stadium is due to host Opening and Closing Ceremonies of the 2028 Olympic Games, as well as football and archery events.

Costing an estimated $5 billion (£4.1 billion/€4.6 billion), it is the most expensive stadium ever built.

Singer Taylor Swift was due to be performing a curtain-raising concert at SoFi Stadium, but her entire tour was cancelled due to the pandemic and all other summer concerts at the venue were also called off.

The Rams' primetime game against the Dallas Cowboys on Sunday Night Football is now scheduled to be the first major event to take place at SoFi Stadium on September 13.

MLB, NBA, Women's National Basketball Association, National Hockey League and Major League Soccer matches have all been called off after Milwaukee Bucks players opted to boycott a game in proest at Blake's shooting, the latest in a long line of incidents of police brutality against black people in the United States.

The Cincinnati Masters tennis was also paused for a day following Naomi Osaka's decision not to play in her semi-final.

Blake's attorney has said that he is now paralysed.

The US Department of Justice is now investigating the shooting.