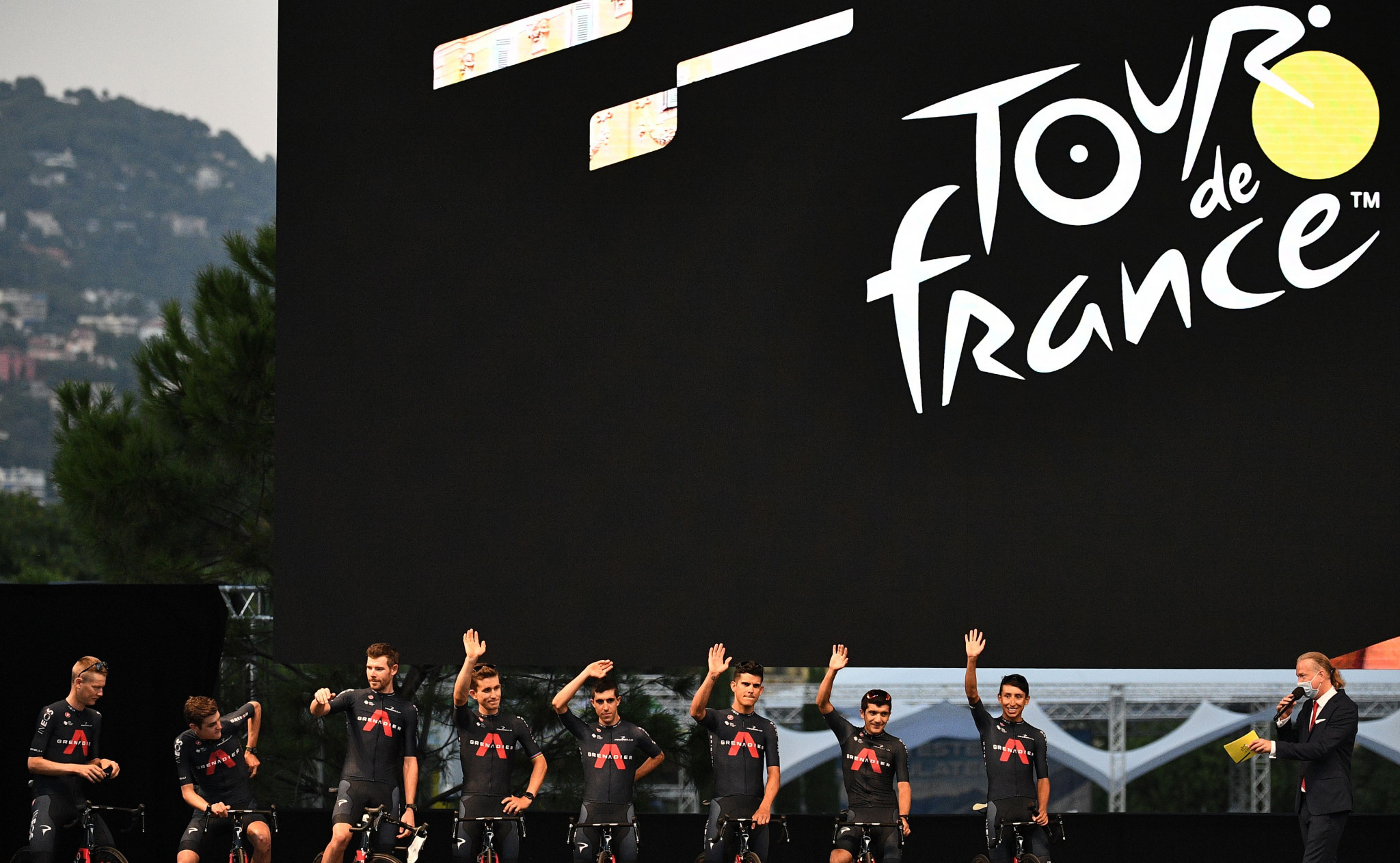 The delayed Tour de France is scheduled to open tomorrow in Nice amid uncertainty over the fitness of the main contenders, as well as whether the coronavirus pandemic will allow the race to conclude in Paris in three weeks’ time.

The race was initially scheduled to begin on June 27, but organisers were forced to alter the dates due to the pandemic.

Doubts remain over whether the race will reach the finish amid a rise in the number of coronavirus cases in several French regions in recent days.

This has led to some areas being placed on high alert, including Nice.

Organisers have vowed to continually adjust operations and health and safety measures as the situation evolves and in accordance with guidance from French authorities.

Protocols will be in place to ensure limited attendance of spectators, social distancing and enhanced cleaning measures at the race, with health and safety asserted as being the top priority.

Spectators have been told to stay two metres away from riders, along with using masks and hand sanitiser should they attend.

A total of 700,000 masks are available, half of them being for the crowd, as well as two tonnes of sanitiser.

Organisers say the number of accredited people has been reduced by 30 per cent compared to 2019, with each requiring a negative PCR test before getting their pass.

A bubble has been created around 650 people, including riders, staff members of cycling teams and race officials, all subject to two tests prior to the start and one per week of racing.

The Lotto-Soudal team yesterday confirmed two of their staff members had been sent home after testing "non-negative."

Doubts also remain over the health of the top contenders for the general classification, with Colombia’s Egan Bernal still nursing a back injury which forced him to withdraw from the Critérium du Dauphiné.

The defending champion will lead the newly renamed Ineos Grenadiers, with former winners Chris Froome and Geraint Thomas having been left out of the team.

"My back still hurts a little bit but I’m fine and I’m hoping to feel better and better and to have fully recovered for the last week," Bernal said.

"This time around, our team has a more Hispanic flavour with four of us from Latin America or Spain but this is still an English squad with the same mentality that we clearly have to respect.

"The tactic might change but it depends less on the team’s composition than the race situation.

"In the past, the team had leaders like Bradley Wiggins and Froome who gained time against the clock and could defend their position.

"On the other hand, I need to attack in order to gain time before the time trial."

Bernal has highlighted Slovenia’s Primoz Roglic as one of his main rivals, although the reigning Vuelta a España champion has said he is happy to have made the start of the race after crashing at the Critérium du Dauphiné.

The opening stage is set to see the riders tackle a 170 kilometre stage in Nice.

The stage will be preceded by the seventh edition of La Course, with the one-day women’s race set to be contested over a 96-kilometre course in Nice.

Defending champion Marianne Vos is among the riders set to start the event.