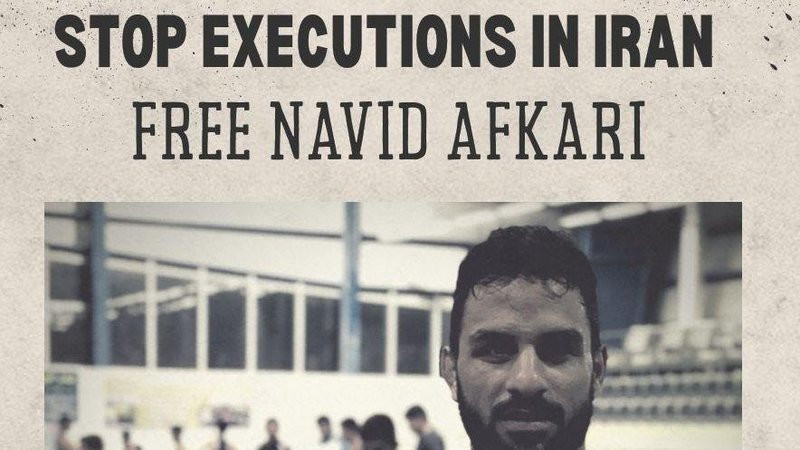 A petition calling on the International Olympic Committee (IOC) and other bodies to save the life of Iranian wrestler Navid Afkari after he was given two death sentences for taking part in anti-Government protests has been launched on the Change.org platform.

The petition, entitled "Save Navid Afkari's Life, Iranian Wrestler Who Is Sentenced to Death", has been signed by more than 9,400 people at the time of writing.

It is set to be delivered to the IOC prior to the next meeting of its ruling Executive Board on Wednesday (September 9).

"We call on the IOC, United World Wrestling (UWW), Amnesty International, Human Rights Watch, the Global Players Union and the Sports and Rights Alliance, and international athletes alike to stand together advocating and pleading with the Iranian Government to #SaveNavid," the petition, launched by the Gender Equity Wrestling group, said.

In a statement sent to insidethegames, the IOC said it has "taken steps to follow up on the matter" but did not elaborate on what those steps were.

Iran's Supreme Court gave Afkari two death sentences for his involvement in protests against the country's regime in 2018.

Afkari has also been sentenced to six-and-a-half years in prison and 74 lashes.

Persian-language broadcaster Iran International reported Afkari and two of his brothers - Vahid and Habib - had been charged with 20 different crimes, including "attending illegal gatherings, assembly and conspiracy to commit crimes against national security, and insulting the supreme leader."

In a letter published by human rights groups, Afkari, allegedly coerced into confessing to the charges, said he was tortured in prison.

"They pulled a plastic bag over my head and kept it there until I nearly suffocated," he wrote.

"They brutally beat my hands, stomach, and feet with batons while using vulgar language and insults.

"They also tied me and poured alcohol into my nose."

UWW has not responded to a request for a comment from insidethegames.