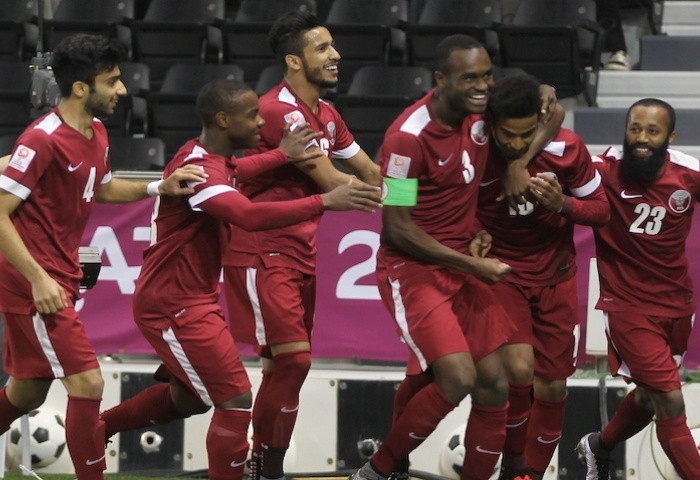 Qatar has accepted an invitation to compete at the 2021 Confederation of North, Central American and Caribbean Association Football (CONCACAF) Gold Cup.

The nation will compete in the Gold Cup for the first time, around 18 months before it hosts the 2022 World Cup.

It will not be the first time an Asian nation has played in the CONCACAF tournament after South Korea participated in 2002.

South Africa also took part in the 2005 edition, while South American Football Confederation members Brazil, Colombia, Ecuador and Peru have also been invited in the past.

Qatar will head into the competition off the back of their first Asian Cup title last year, having defeated favourites Japan 3-1 in the final.

Their inclusion means there will be one less spot open for the preliminary draw.

CONCACAF announced that it will be holding a preliminary draw prior to its usual 16-team group stage for the first time, giving more countries from the continent an opportunity to play in the region's biggest tournament for national teams.

A total of 12 teams will compete for the final three spots in the group stages in a knockout format - with teams having to win two rounds to qualify for the final 16.

This will run from July 2 to 6 in a centralised location in the United States ahead of the rest of the competition.

Initially there were four places available from the preliminary round's original format.

Twelve teams were set to compete in knockout rounds, with the four best-placed teams from the Nations League playing in the second round against the winners of the first round.

Now all 12 teams will compete under the bracket elimination format with no nations given a bye to the next round.

Following the group stage of the Gold Cup, another change will be made to the brackets for the quarter-finals onwards.

In previous years, qualifiers would play teams on the same side of the bracket as them, but now they will face those on the opposite side instead.

The first draw for the Gold Cup is scheduled to take place on September 28, with both the preliminary round and the group stage being drawn.

Barbados, the Bahamas, Bermuda, Cuba, French Guiana, Guadeloupe, Guatemala, Guyana, Haiti, Montserrat, St Vincent and the Grenadines and Trinidad and Tobago are all set to compete in the preliminary round.

The Gold Cup final is expected to take place on August 1.

"The CONCACAF Gold Cup continues to grow as a competition and we are hugely excited at the prospect of the 2021 edition, particularly as it falls in the Confederation's 60th anniversary year," said CONCACAF President and FIFA vice-president Victor Montagliani.

"A new format which provides more excitement for fans allows us to build on a very successful 2019 edition, which included competitive football and great stories.

"We know from last year's Gold Cup, and the compelling inaugural CONCACAF Nations League group stage, that the standards of men's international football continue to rise in our Confederation.

"I am very confident we will see more of the same in the new preliminary round for Gold Cup 2021."