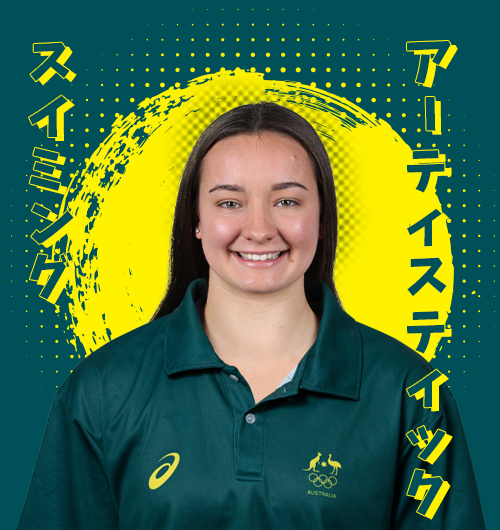 Hannah Burkhill has been added to Australian artistic swimming team for the Tokyo 2020 Olympic Games following the retirement of Rose Stackpole.

Jane Fruzynski, Kiera Gazzard, Kirsten Kinash and Rachel Presse are due to make their Olympic debuts.

All eight were due to compete together in the team event, with Thompson and Stackpole also scheduled to compete in the duet.

Stackpole announced her retirement from the sport in August, with Burkhill now added to the Australian team for Tokyo 2020.

"This is a dream come true, I’ve wanted this for so long," Burkhill said.

"In 2012 I had just started competing and I was so excited to see the Olympic Team in person in their lead-up and watching them compete at the London Olympics.

"I still can’t believe I’ll be at my own Games next year.

"It’s been such a crazy year and this moment is so happy but also bittersweet.

"After just missing out on the initial selection in February, I’m so glad to have another opportunity, but sad that Rose won’t be with the team next year.

"At Tokyo I just want to put together a swim that our community, supporters and country can be proud of."

Burkhill was a member of the team which competed at the 2019 World Aquatics Championships in Gwangju in South Korea, where Australia helped seal their place at the Olympic Games.

Australia are due to be one of 10 nations competing in the team competition at the postponed Olympic Games.

Three other countries will qualify for the Games.

"Hannah has worked incredibly hard to be in the position she is in today and her selection is testament to her dedication and persistence.

"I am sure it is a moment that is being celebrated by her family and friends as well.

"I also want to thank Rose for her contribution to artistic swimming and to the Australian Olympic Team in Rio.

"Rose made a courageous decision to retire, never an easy one with a team spot secured.

"But this has now provided an exciting opportunity for Hannah to make her Olympic debut, an opportunity I am sure she will make the most of.

"I know Hannah will do her teammates, family, supporters, coaches and the Australian Olympic Team proud in Tokyo."

Stackpole has congratulated Burkhill on securing the place in the Australian team for the Games and encouraged her to make the most of the experience.

"My advice for Hannah is to enjoy every moment of your Tokyo experience," Stackpole said.

"Whether it’s walking into the Village, the Opening Ceremony, your first day of competition - there are so many overwhelming positive experiences, try to take in as much as possible.

"I know Hannah and the team will put in a performance they will be proud of.

"I took a lot of time thinking about whether to retire, but I was ready to move on and I’m so lucky to go out on my own terms.

"Everyone on the team and in my community has been really supportive, I couldn’t ask for anything more."