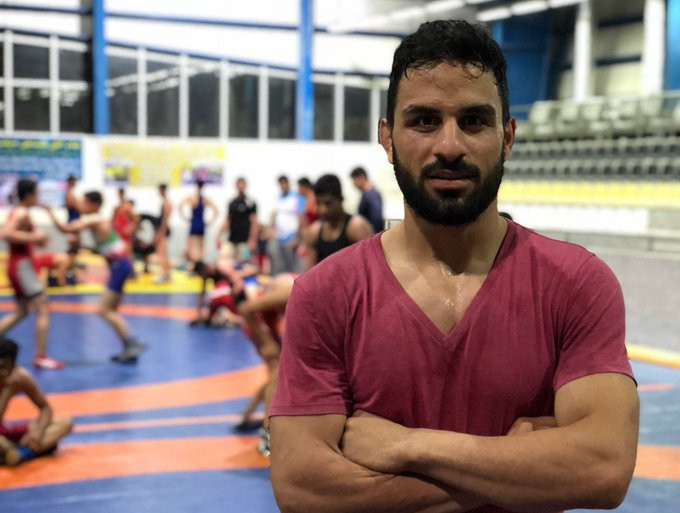 The World Players Association (WPA) has called for the head of the Iranian judiciary to grant an immediate stay of execution to champion wrestler Navid Afkari, who faces the death penalty tomorrow.

Iran's Supreme Court gave Afkari two death sentences after his involvement in protests against the country's regime in 2018.

Supporters claim Afkari was tortured into making a false confession over the murder of a security officer during the demonstrations.

The organisation believe Afkari has been unjustly targeted by the Iranian authorities to intimidate others who might choose to participate in peaceful protests.

The WPA has demanded Iran overturns Afkari's death sentence, drops the charges and investigates the abuse inflicted on the wrestler while in the custody of the police and the judicial system.

The International Olympic Committee (IOC) has been urged to use its leverage to influence Iran, with the WPA claiming the organisation is obliged to help defend Afkari.

The IOC Executive Board are due to meet tomorrow, the same day Afkari is due to be executed.

"Navid has been singled out, tortured and condemned to death because of his participation and success in sport," said Brendan Schwab, the WPA executive director.

"The horrific act of executing an athlete can only be regarded as a repudiation of the humanitarian values that underpin sport.

"It must result in Iran forfeiting its right to be a part of sport's universal community.

"It is imperative that the International Olympic Committee, as the 'supreme authority' of global sport, uses its leverage to demand that Iran abides by the IOC's international standards on human rights and humanitarian values, or else risk the ability to remain part of the Olympic Movement.

"United World Wrestling and other sports federations, including FIFA, likewise have influence over Iran and therefore the obligation to defend Navid as well."

The IOC had told insidethegames it was trying to "facilitate a solution".

"The IOC and UWW have been in constant contact with the Iranian NOC and the Iranian Wrestling Federation, respectively, which are doing their utmost to facilitate a solution," an IOC spokesperson said in an updated statement.

A petition calling on the IOC and other bodies to save Navid's life has reached 19,565 signatures at time of writing.

Persian-language broadcaster Iran International reported Afkari and two of his brothers – Vahid and Habib – had been charged with 20 different crimes, including "attending illegal gatherings, assembly and conspiracy to commit crimes against national security and insulting the supreme leader",

"Political interference by Governments against athletes, such as Iran's repeated targeting of high-profile athletes for exercising their human rights, must be treated as rogue state behaviour," Gigi Alford, the director of sport and human rights for the WPA and coordinator of the Sport & Rights Alliance, said.

"Diplomacy behind the scenes is not enough.

"Athletes from all over the world are standing with Navid and calling on sports bodies and sponsors to join them in making it publicly clear that athlete activism is not a crime and a threat to any athlete anywhere is a threat to all athletes everywhere."

Iran has reportedly launched a campaign of intimidation against Saeid Mollaei, its former world judo champion who fled the country last year.

Mollaei failed to return home after refusing to follow orders from Iranian authorities at the International Judo Federation (IJF) World Championships in Tokyo last year, where he was asked to lose intentionally when he was defending the title he had won in the under-81 kilograms category in Baku in 2018.

The 28-year-old claimed he was ordered to avoid a potential contest in the later rounds against Israel's Sagi Muki, who went on to win the title.

Iran has not recognised Israel for more than 40 years and enforces a policy of boycotting competitions against its athletes.

The IJF suspended Iran's National Federation in October following the incident involving Mollaei and warned them the ban would not be lifted until it received assurances that it will let its judoka take part in bouts against Israeli opponents.

Mollaei is due to give evidence on behalf of the IJF at a Court of Arbitration for Sport appeal launched by Iran, which is scheduled to take place in Lausanne on September 16.

The Iran Judo Federation's suspension severely limits the chances of its judoka qualifying for the Olympic Games in Tokyo next year.

Requests to UWW for comment have not been answered.