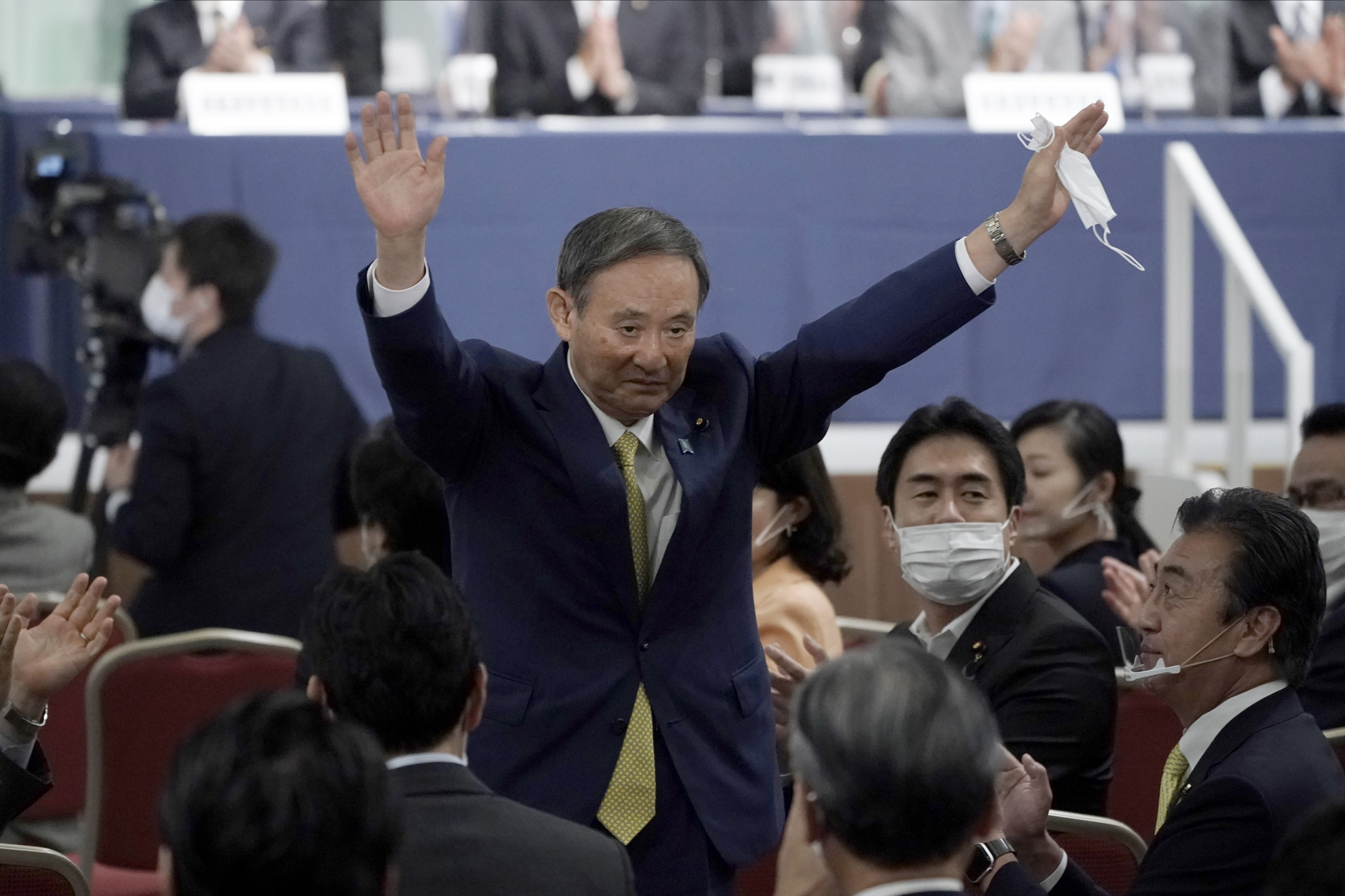 Yoshihide Suga is poised to become the new Prime Minister of Japan after a landslide victory in the Liberal Democratic Party's (LDP) Presidential elections today.

The country's chief cabinet secretary will replace Shinzō Abe as the country prepares for next year's postponed Tokyo 2020 Olympics and Paralympics.

He won 377 votes in front of Fumio Kishida and Shigeru Ishiba who tallied just 89 and 68 respectively.

Abe, who has played a huge role in the preparations for the Games, stepped down last month citing health reasons.

Suga was widely expected to win today and is considered a key ally of Abe.

Another vote will now be held in the Japanese Parliament on Wednesday (September 16) to rubber-stamp the 71-year-old as Prime Minister.

This is considered a formality due to the majority enjoyed by the LDP.

"I was born as the oldest son of a farmer in Akita," Suga said.

"Without any knowledge or blood ties, I launched into the world of politics, starting from zero – and have been able to become leader of the LDP, with all its traditions and history.

"I will devote all of myself to work for Japan and its citizens."

As he is taking over mid-term, Suga will complete Abe's spell in office before elections in October next year.

This means that, if he decides to stand again, he will be on the campaign trail when Tokyo 2020 is scheduled to take place.

The Olympics are planned for July 23 until August 8 and the Paralympics are set to follow from August 24 to September 5.

Suga, the son of strawberry farmers, has vowed to push forward with Abe's key policies and will be Japan's 99th Prime Minister.

He claimed he would use "any means", including an additional economic package, to keep businesses going and protect jobs.

The LDP decided to hold today's leadership election without rank-and-file party members, with ballots cast only by lawmakers and delegates from local chapters.

It was hoped that this would simplify the process to elect a successor.

Abe suffers from ulcerative colitis and is to receive new and more prolonged treatment.

He was seen as a close friend of Tokyo 2020 and the International Olympic Committee (IOC), with Suga now taking on the huge logistical challenge of rearranging the Games during the coronavirus pandemic.

Abe had been Japan's Prime Minister since 2012 and heavily backed Tokyo's bid to host the Games.

The Japanese capital was awarded hosting rights at the 125th IOC Session in 2013, with Abe speaking at the meeting in Buenos Aires to address members and allay fears over the Fukushima nuclear accident.

At the Rio 2016 Closing Ceremony, Abe appeared dressed as the popular Nintendo character Mario in one of the evening's most memorable moments.

As the coronavirus crisis came to dominate the build-up to the Games, it was Abe and IOC President Thomas Bach who agreed to postpone Tokyo 2020 until 2021.

Bach, International Paralympic Committee President Andrew Parsons and Tokyo 2020 President Yoshirō Mori have all thanked Abe for his role in organising the Games and wished him a swift recovery.