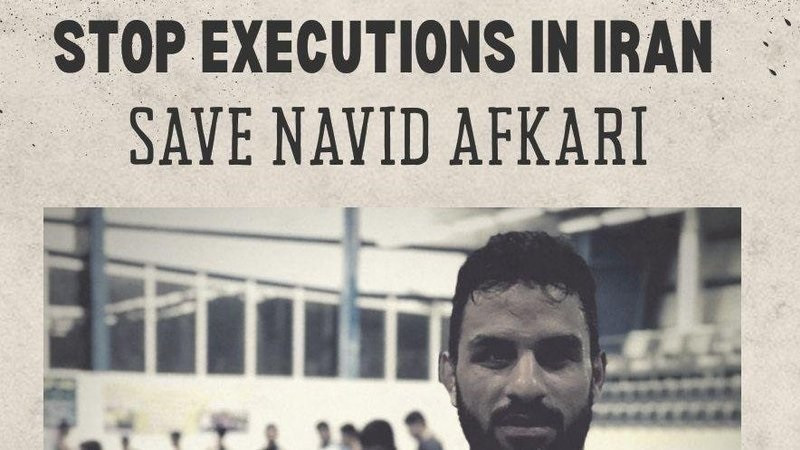 The vice-president of the International Olympic Committee (IOC) has suggested Iran are unlikely to be banned despite growing calls for their expulsion following the execution of wrestling champion Navid Afkari.

John Coates, who is also the President of the Australian Olympic Committee, revealed he had spoken to IOC President Thomas Bach about the 27-year-old's death yesterday, as reported by The Sydney Morning Herald.

According to Iranian state media, Afkari was executed on Saturday (September 12) after being given two death sentences for allegedly stabbing a security guard to death and his involvement in demonstrations against the country's regime in 2018.

His execution led Global Athlete to call on the IOC and United World Wrestling to "immediately implement sanctions that expel Iran from world sport for this heinous execution".

Last week, Brendan Schwab, executive director of the World Players Association, added that Afkari's execution "must result in Iran forfeiting its right to be a part of sport's universal community".

It is understood Bach will address the possibility of sanctions against Iran at next month's IOC Executive Board meeting but Coates, the Tokyo 2020 Coordination Commission head, said "the difficulty for us is this execution didn't relate to a sporting event".

"We talked about it last night in my regular meeting with the President," said Coates, who was speaking at the relighting of the Olympic cauldron in commemoration of the 20th anniversary of the Opening Ceremony of Sydney 2000.

"The week previously he'd written to the supreme ruler, the President.

This is #NavidAfkari's last conversation from jail's "basement" the day bf he was executed.He talks in codes, says he is injured in 10-15 places,names the man who beat him up. They have told him they are going to transfer him tomorrow,he has no clue about execution!@BenWeinthal pic.twitter.com/rrxW3gg8t2

"We'd been part of other attempts.

"The difficulty for us is this execution didn't relate to a sporting event.

"He was certainly a great athlete.

"And the other difficulty is of course that there is probably 50 of the National Olympic Committees that come from territories that still have capital punishment.

"We've been getting two sides to the story as to whether he got a fair go or didn't get a fair go."

Afkari claimed he was tortured into making a false confession while human rights groups and activists believe he was unjustly targeted by the Iranian authorities to intimidate others who might choose to participate in peaceful protests.

Coates added: "We've had difficulties with the Iranians before in them not participating or pulling out of competition.

"They didn't participate against Israel and we've suspended them in respect of those sporting violations before.

"But this is a different situation.

"This is someone who has been charged with murder.

Iran’s cruel execution of Navid Afkari is a travesty. No country should arrest, torture, or execute peaceful protestors or activists.

Iran must free its other political prisoners, including Nasrin Sotoudeh, and release unjustly detained Americans. https://t.co/Jj9QZbyQL7

A video has emerged on social media of what is claimed to be Afkari's last conversation from jail.

In the video Afkari claimed he had been injured in 10 to 15 places and was hopeful he would not be executed as he understood he would be transferred to Tehran.

"Iran must free its other political prisoners, including Nasrin Sotoudeh, and release unjustly detained Americans."

A tweet from the official office of the Prime Minister of Israel read: "I send my deepest condolences to the family of wrestling champion #NavidAfkari.

"The monstrous Iranian regime that executed him committed terrible crimes against the Iranian people and the peoples of the region.

"The Iranian people will do better."