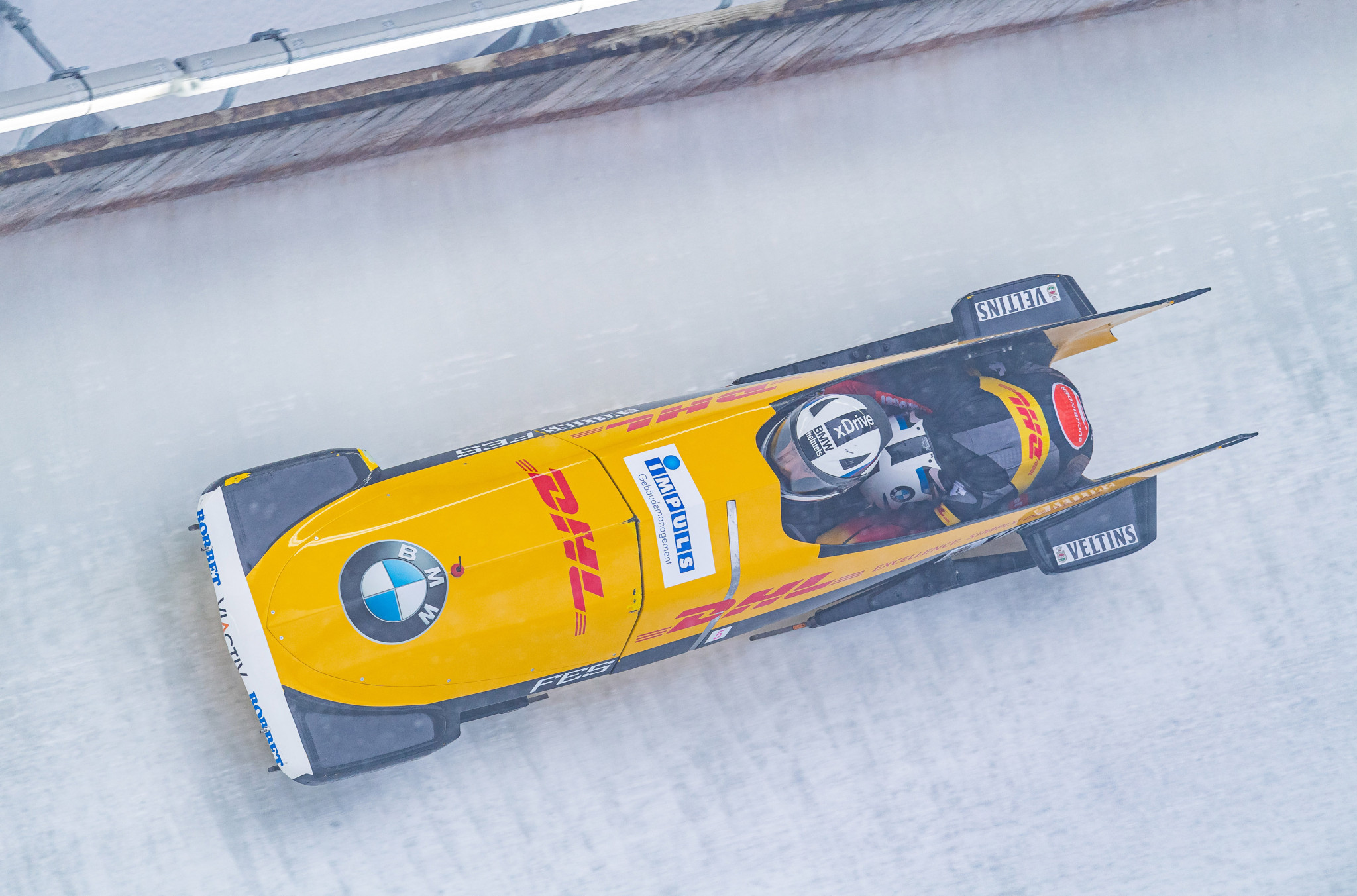 Double races are set to be held in this year's International Bobsleigh and Skeleton Federation (IBSF) World Cup season to minimise travel for athletes.

Adjustments have been made to all IBSF World Cup races due to travel restrictions caused by the COVID-19 pandemic and the need to protect the health of athletes and organisers.

An updated calendar for the 2020-2021 season was published to reflect this.

Double events are due to take place in the Latvian town of Sigulda from November 16 to 29 and the Austrian city of Innsbruck from December 7 to 20.

The German towns of Winterberg and Königssee, St. Moritz in Switzerland and 2022 Winter Olympic host Beijing are set to host one event each.

The IBSF North American Cup will take place compactly and with double events between January 4 and 24.

It has not yet been decided where the event will be held.

The IBSF Europe Cup Skeleton will start in Winterberg at the end of November and will then stop over at Königssee, Sigulda, Altenberg and Innsbruck until the end of January.

Winterberg is due to host the start of the Europe Cup Bobsleigh at the beginning of December, with further races in December and January in Sigulda, Altenberg and Innsbruck as well as the final at Königssee in mid-February.

The 2021 IBSF Junior World Championships is scheduled to remain in St. Moritz from January 18 to 24.

Competition in the IBSF Skeleton Intercontinental Cup will be held in December and January with double races at Königssee, the South Korean 2018 Winter Olympic venue of Pyeongchang and Innsbruck.

Women's monobob, which will be making its IBSF World Cup debut, is set to feature throughout the season and at the Europe Cup Bobsleigh and the North American Cup.

"Flexibility will be key for all stakeholders as our environment is changing constantly during these challenging times," said IBSF secretary general Heike Größwang.

"Speaking about flexibility we want to thank all race organisers and their teams worldwide for the open discussion during the last weeks, demonstrating their support and engagement in order to be able to host events."

The updated schedule followed the news that the 2021 World Championships was moved from Lake Placid in the United States to Altenberg in Germany due to the pandemic.