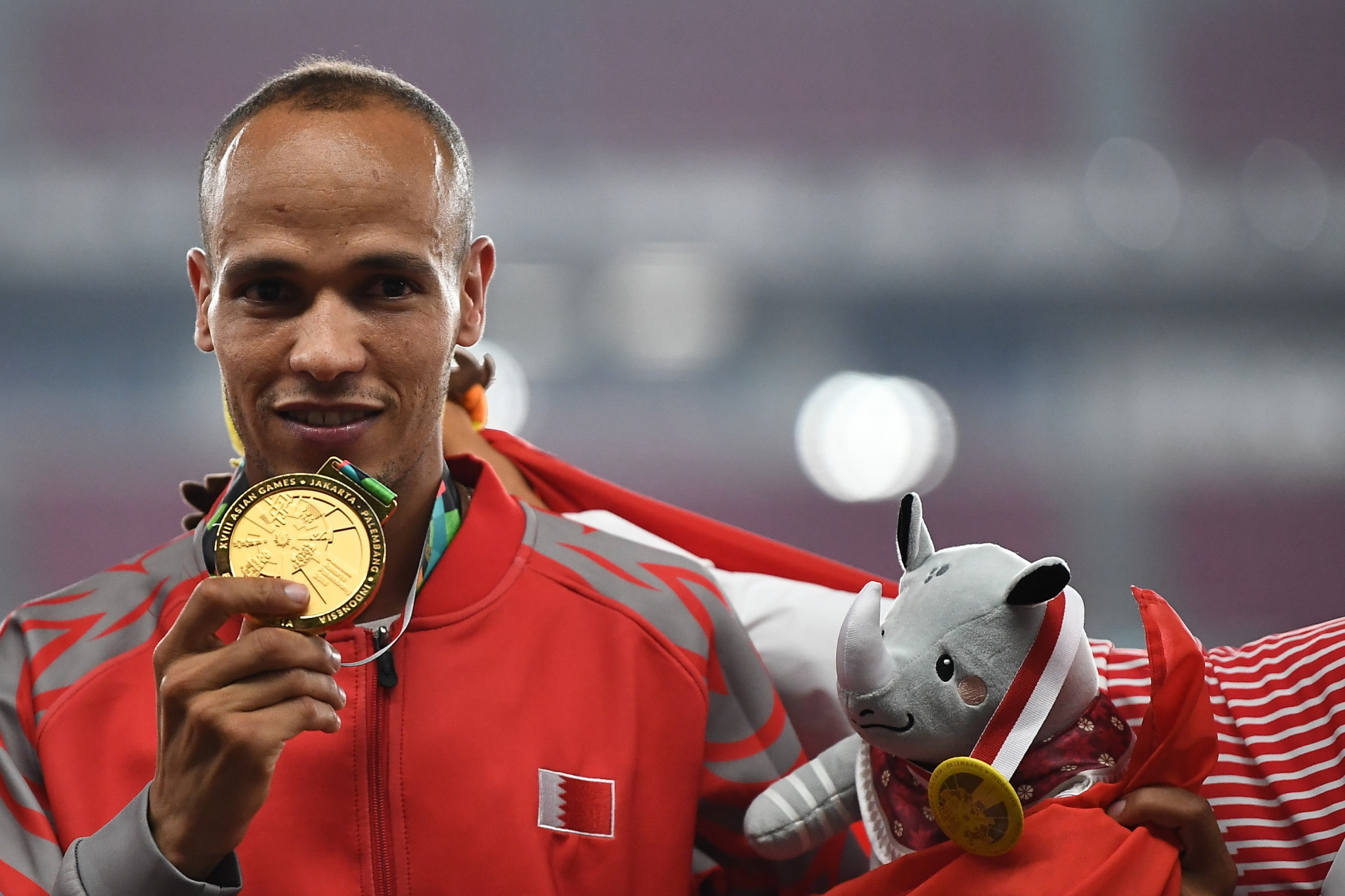 Bahrain’s Hassan Chani is set to be stripped of the gold medal he won in the 10,000 metres at the 2018 Asian Games in Jakarta after being banned by the Athletics Integrity Unit (AIU) for doping.

The 32-year-old, who was originally born in Morocco before switching to Bahrain, has been found guilty of blood doping following analysis of his athlete biological passport (ABP).

He has been banned for four years until 2024 and all his results between August 2017 and March 2020 annulled following a hearing conducted by Canadian lawyer Janie Soublière.

The independent three-person panel, which also consisted of Canada's Daniel Ratushny, a former top-level ice hockey player and winner of an Olympic silver medal in at Albertville 1992, and Dutchman Dennis Koolaard, heard that Chani’s ABP consistently showed scores consistent with the use of blood doping.

Chani argued at the disciplinary hearing that his high scores could have been caused by altitude training, but this was rejected by the panel.

Chani had also represented Bahrain at the 2016 Olympic Games in Rio de Janeiro but failed to finish.

He had won the 10,000m at the Asian Games by nearly 25 seconds, beating Abraham Cheroben, a former Kenyan runner who had also been recruited by Bahrain.

Cheroben is now set to be promoted to the gold medal, with China's Changhong Zhao and Thailand's Kieran Tuntivate moving up from third and fourth respectively to silver and bronze.

It is the third athletics gold medal from the 2018 Asian Games that Bahrain has been stripped of because of doping.

In July Bahrain lost titles in the mixed 4x400m relay and women's 400m hurdles after sprinter Kemi Adekoya, who had switched from Nigeria to Bahrain, was given a four-year ban following a positive drugs test for stanozolol.

He is also set to be stripped of the silver medal he won in the 10,000m at the Asian Championships in Doha last year, a race won by Dawit Fikadu, an Ethiopian-born runner who now competes for Bahrain.

India’s Gavit Murli Kumar will be promoted to the silver medal and Japan’s Tetsuya Yoroizaka to the bronze.

Chani is just the latest athlete to be recruited by Bahrain to have subsequently been banned for doping.

He becomes the seventh runner who has switched allegiance to the country now serving a doping ban.

Besides Adekoya, others include Ruth Jebet, the 2016 Olympic 3,000m steeplechase gold medallist, banned in June for four years after testing positive for the banned blood booster erythropoietin (EPO) in December 2017.

In March, the Asian Games 5,000m silver medallist Albert Rop, who also moved from Kenya, was banned for two years by the AIU following a whereabouts failure.

In June 2019 the Olympic marathon silver medallist Eunice Kirwa, who had switched from Kenya to Bahrain, was also banned for four years after a positive test for EPO.

Others currently banned by the AIU for doping include Rosemary Katua and Violet Jepchumba, both who previously competed for Kenya.

In addition, Moroccan-born Rashid Ramzi was stripped of Bahrain’s first Olympic gold medal he had won at Beijing 2008 in the 1500m when he tested positive after the race for the banned blood-boosting substance continuous erythropoietin receptor activator - better known as CERA.

Another athlete competing under Bahrain’s colours facing the prospect of being stripped of a major victory is Salwa Eid Naser, who used to compete for Nigeria.

She is currently under investigation by the AIU for whereabouts failures and is expected to be banned and stripped of the gold medal she won in the 400m at last year’s World Athletics Championships in Doha, where her time of 48.14sec was the third-fastest in history.

Bahrain is among seven countries classified in Category A and considered to be the AIU to be among the highest-risk at doping alongside Belarus, Ethiopia, Kenya, Morocco, Nigeria and Ukraine.

insidethegames has contacted the Bahrain Athletics Association for a comment.