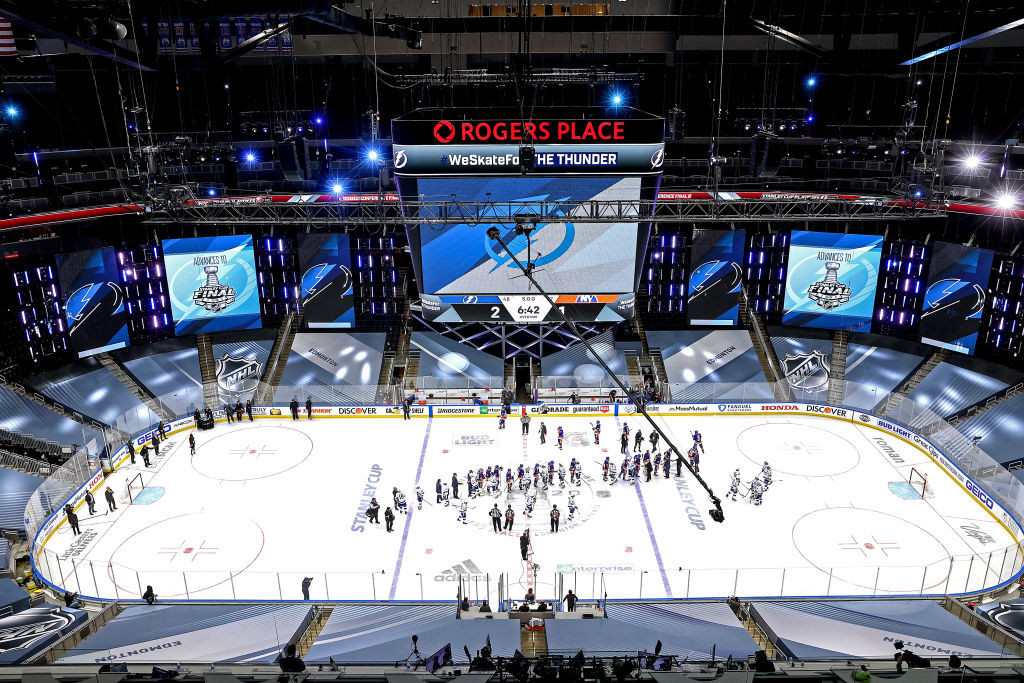 The 2021 International Ice Hockey Federation (IIHF) World Junior Championship is expected to be held behind closed doors at a single venue in Canada.

Edmonton and Red Deer in central Alberta were scheduled to host the event from December 26 to January 5 2021.

But following a proposal from Hockey Canada, the IIHF Council agreed to hold all the games in a "bubble" at Rogers Place, which is currently staging the National Hockey League (NHL) play-offs, according to The Canadian Press.

It is understood organisers plan to end the event on January 5 but it may start earlier than Boxing Day due to the number of games to be played.

IIHF President René Fasel said it was a "tough decision" to stage the Championship without spectators but insisted "we had no choice" due to the COVID-19 pandemic.

"The health and safety of players, officials and fans is our top priority," said Fasel.

"We were impressed by the presentation from the Organising Committee, which described how a potential bubble scenario would play out in Edmonton and we are confident that we can follow the NHL’s great example in creating a safe environment for teams to compete."

The event will return to Edmonton and Red Deer next year while Gothenburg in Sweden, which was scheduled to be the host in 2021, will now stage the 2024 tournament.

"This solution will allow for the IIHF together with Hockey Canada to reduce the overall costs associated with putting on the 2021 tournament in a bubble environment," added Fasel.

"We asked a lot of our Swedish partners to make this adjustment in a short amount of time, but we needed their cooperation to save this tournament and make it possible for the world juniors to be delivered this year."

The IIHF Council made the decision yesterday following recommendations from the Federation’s "COVID-19 expert group".

According to the IIHF, the group cited "major concerns" over the ability of the hosts to run a tournament in a safe environment and without "incurring potentially serious financial risks" should the event be cancelled or a player fall ill.

Fasel highlighted other financial factors related to testing requirements for incoming players and officials, as well as the current travel risks associated with organising an international tournament.

But the IIHF Council is expected to look into creating a new COVID-19 relief fund to help support the National Associations that would have held or participated in a men’s under-20 or women’s under-18 event.

"Requiring each tournament hosts to operate a competition bubble is not a practical request for our lower-division tournament organisers, many of whom are already stretched financially from the COVID-19 pandemic," said Fasel.

"The IIHF does not have the resources necessary to properly supervise the safe operation of these tournaments, so that the minimum requirements for COVID-19 health and safety can be met.

"In the bigger picture, the money that would have been used for these tournaments will help the organisers to get through this season, focus on domestic development, and come back next year ready to play international hockey once more."

But the Latvian Government wrote to the IIHF urging it to replace Belarus as co-host, saying it will not stage the tournament with its neighbour to the south, and Belarus has in response claimed it could host the event alone.

The IITF also claimed the 2021 Under-18 World Championship and all other men’s under-18 tournaments would be unaffected by the cancellations.