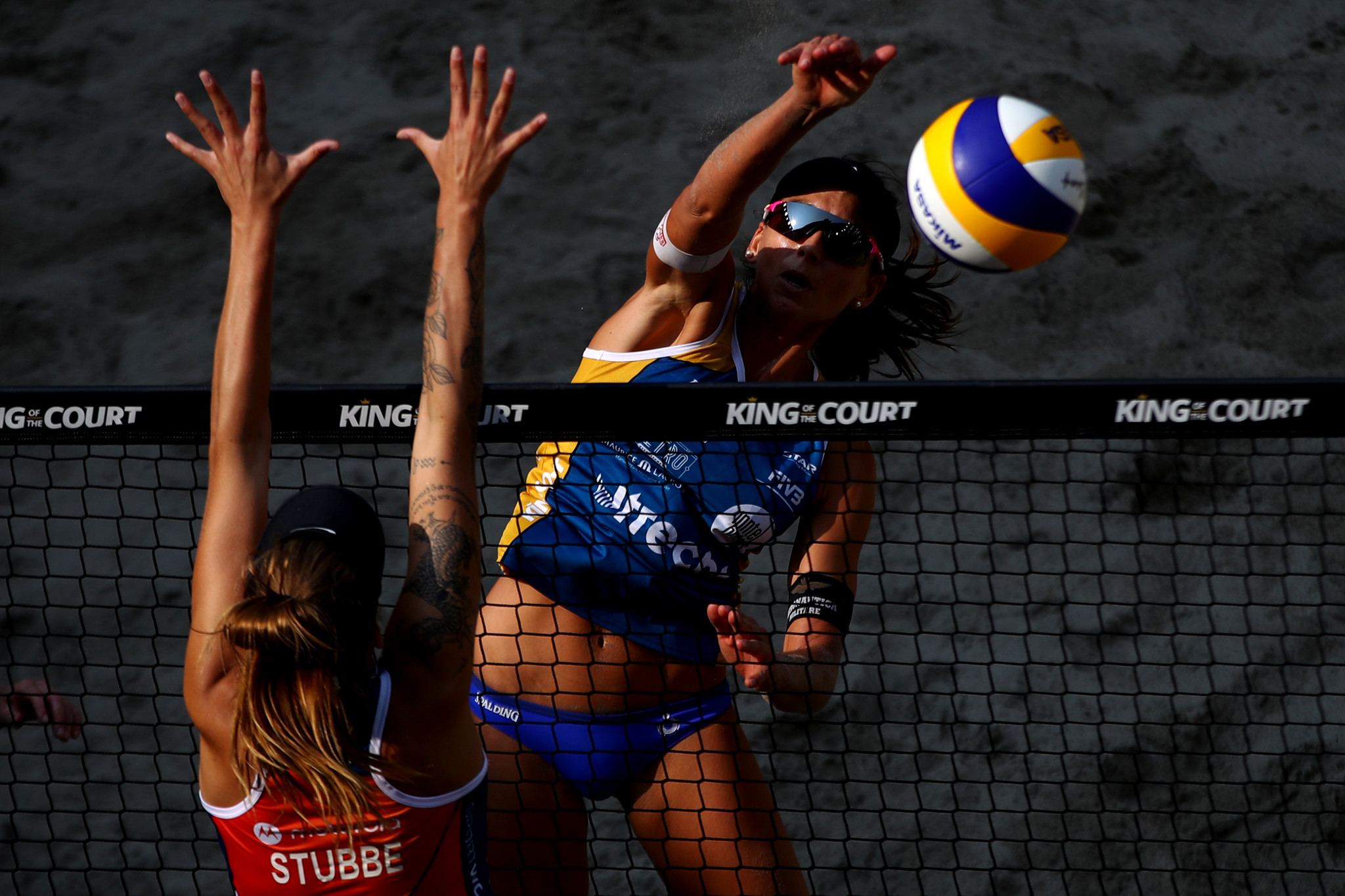 The Latvian pairing lost 21-16, 21-13 as Menegatti and Orsi Toth produced an impressive performance to advance to the quarter-finals.

"I am very proud," Menegatti said.

"We won a very tough game against the Russian team and now this one.

"Our energy was really good, we wanted to play a very good game and we did it."

It was an upsetting day for the Latvian fans as the reigning champions Tina Graudina and Anastasija Kravcenoka were eliminated by 🇮🇹 Menegatti/Orsi Toth.. #EuroBeachVolley pic.twitter.com/AWWnP1xdCH

Menegatti and Orsi Toth will next meet Russians Nadezda Makroguzova and Svetlana Kholomina, who defeated Alexandra Jupiter and Aline Chamereau of France.

There will be three German teams in the last eight as Kim Behrens and Cinja Tillmann, Victoria Bieneck and Isabel Schneider and Maggie Kozuch and Olympic gold medallist Laura Ludwig all progressed.

There was also last 16 joy for Finland pairing Riikka Lehtonen and Niina Ahtiainen, Barbora Hermannova and Marketa Slukova of the Czech Republic and Joana Heidrich and Anouk Vergé-Dépré of Switzerland.

In the men’s draw, defending champions Anders Mol and Christian Sørum booked their place in the last 16 after making it two wins from two in Pool A.

The tournament is set to continue tomorrow.