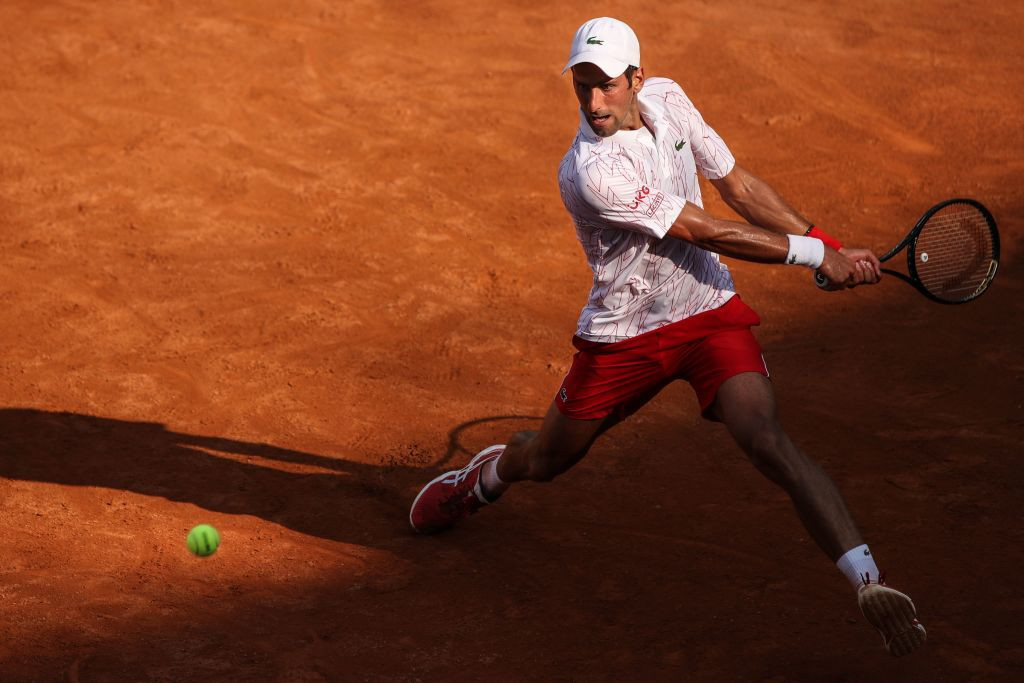 World number one Novak Djokovic overcame compatriot Filip Krajinović to reach the quarter-finals of the Italian Open for the 14th year in a row in Rome.

The Serbian, who was disqualified from the US Open after accidentally striking a ball at a line judge, beat Krajinović 7-6, 6-3 at Foro Italico.

It was a far from straightforward victory for the top seed, who trailed 4-1 in the first set tiebreak and needed five set points to close out the opener.

Djokovic proved too strong for his fellow Serbian after improving in the second set as he set up a quarter-final meeting with Dominik Koepfer of Germany, who thrashed Italian Lorenzo Musetti 6-4, 6-0.

"It was definitely one of the longest sets I think I have ever played," said Djokovic.

"It is never easy, I think, emotionally to play against someone that is one of my best friends for many years.

"I think the first set could have gone a different way, as well.

"Fortunately for me it went my way, and that allowed me to swing through the ball a bit more in the second set.

"Maybe physically and mentally he dropped a level, and I used my opportunities and capitalised to win in straight sets."

Spaniard Rafael Nadal, the world number two and second seed, is also through to the last eight after he despatched Dušan Lajović of Serbia.

In the women's draw, top seed Simona Halep of Romania - among the others who decided not to play the US Open - edged out Ukraine's Dayana Yastremska.

The two-time Grand Slam champion was made to work hard for her place in the last eight as she battled to a 7-5, 6-4 victory.

Halep's quarter-final opponent will be Kazakhstan's Yulia Putintseva, who needed three sets to get past team mate Elena Rybakina 4-6, 7-6, 6-2.