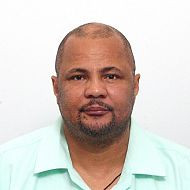 Tokyo 2020 is now scheduled to take place from July 23 to August 8, having been delayed as a result of the coronavirus pandemic.

Qualifying events for the Games have also been impacted, with Knowles suggesting that this was a challenge.

"One of the challenges that we have with our athletes is not knowing when and where the qualifying events for their particular sports will take place, which has not been determined yet due to COVID-19," he said, as reported by The Tribune.

"We are still anxiously awaiting those decisions so athletes will know what they have to do because it’s a tedious process and we want to make sure that they don’t miss out on any opportunity to qualify for the Games."

Miller-Uibo has suggested she may not defend her 400m title in the Japanese capital, however, as the schedule makes it difficult to compete in both the 400m and 200m.

She has requested adjustments to the schedule to allow her to attempt the double, but the IOC has not yet responded.

Boxer Carl Hield and judoka Cynthia Rahming were also in the process of qualifying for Tokyo 2020 before it was postponed.

The Bahamas has accumulated six Olympic gold medals, two silver and six bronze since making their debut at the Games at Helsinki 1952.

All 14 medals have come in athletics and sailing.