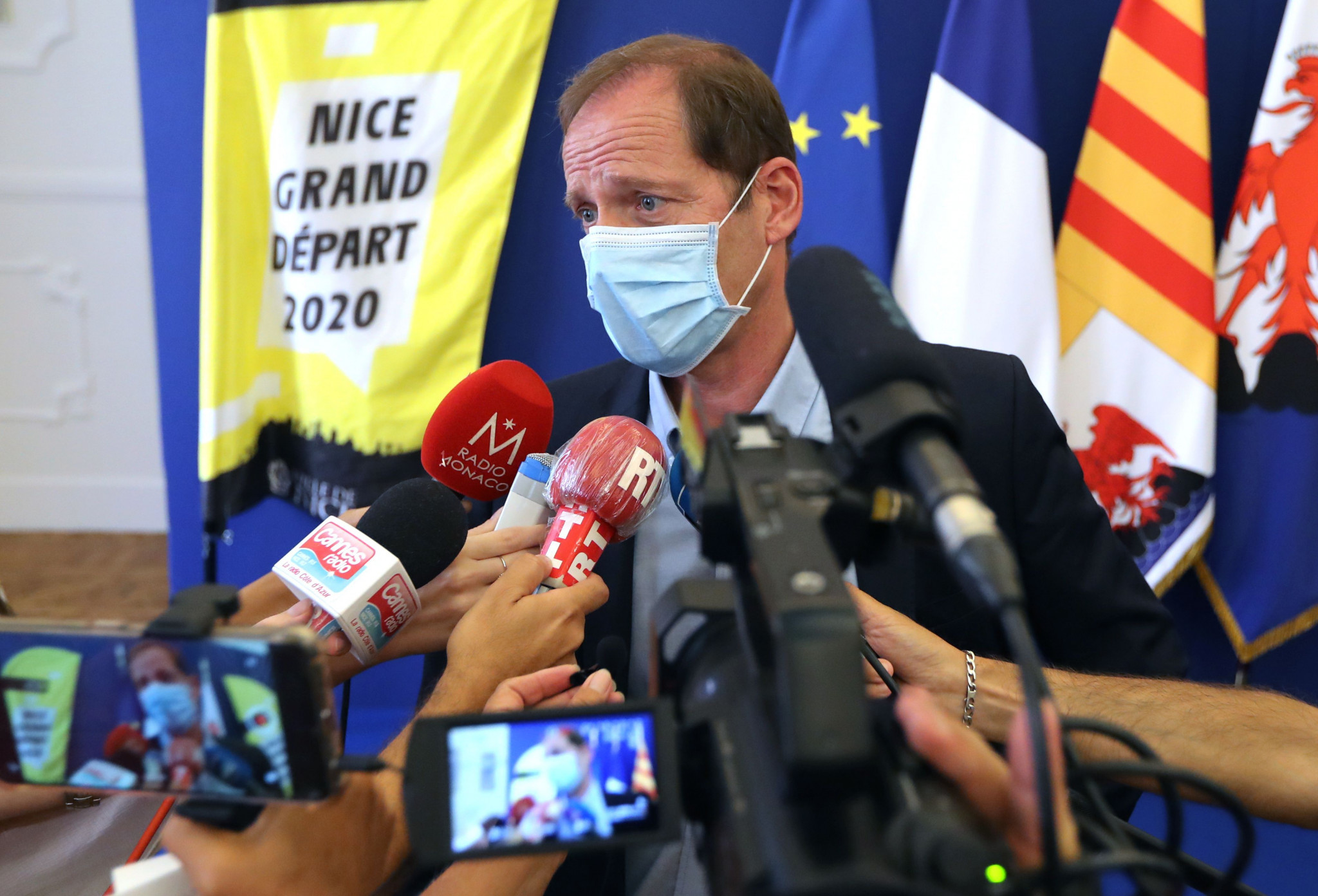 Tour de France race director Christian Prudhomme says it is "a victory" for the Grand Tour to be completed as scheduled in Paris today.

The Tour was originally due to take place in July but was postponed owing to the coronavirus pandemic.

After its rescheduling to August 29, there were still doubts over whether the race would take place or whether it would conclude, as is tradition, on the Champs-Elysees following three weeks of racing.

Cycling's most prestigious stage race was completed in the iconic location today, with Sam Bennett taking the final stage in a bunch sprint and Tadej Pogačar crossing the line to confirm the yellow jersey, which he dramatically claimed from fellow Slovenian Primož Roglič on yesterday's penultimate stage, an individual time trial.

In an interview conducted prior to the start of today's final stage, Prudhomme said it was "a victory" for the race to reach a natural conclusion.

"Every year, journalists ask me if I am relieved at the end of the Tour," said Prudhomme, as reported by AFP.

"This year, I answer yes. It's already a victory to arrive in Paris.

"We were afraid in the hours before the start at Nice, with two positive cases of coronavirus leading to the exclusion of a team.

"I finally tell myself that this is what allowed us to go to the end.

"The teams tightened the screw even more.

"The measures taken so that there is a race, so that we can all work, all of that made its way into everyone's heads."

Prudhomme, who tested positive for coronavirus after being tested on the first race day, was forced to isolate for seven days, meaning he had a period out of the spotlight.

During his time with the race, Prudhomme said he was asked very few questions about the sporting action on display.

"The previous days, I have not a single question from a French journalist on sport," said Prudhomme.

"One day it is the rain, the ice rink on the road, the ice storm.

"The next day is Julian Alaphilippe's victory, the yellow jersey, the resplendent sun, the beauty of the landscapes, the public on the side of the road with 90 per cent of people masked.

"Of course there were fewer people (on the roadside) than in July.

"But I was struck by the response from the roadsides, the decorated villages, the public."

Reflecting on the sporting side of this year's race, Prudhomme said he did not believe it was as exciting as 2019 but said there were lots of highlights.

"I'm not going to put it at the same level as last year's one which was exciting, with the performances of the French riders.

"We dreamed for a while in Nice but the falls played a huge role.

"Thibaut Pinot, even if he has the courage to still be there, has been almost eliminated.

"Romain Bardet, Nairo Quintana and then Egan Bernal was the biggest surprise.

"Thanks to Peter Sagan, Sam Bennett and their teams the fight for the green jersey has been the best for I don't know how long.

"It is difficult to draw definitive conclusions.

"What is certain is that we must make sure to reduce the mileage of the plain stages.

"When they are long, the finale must be very rough."