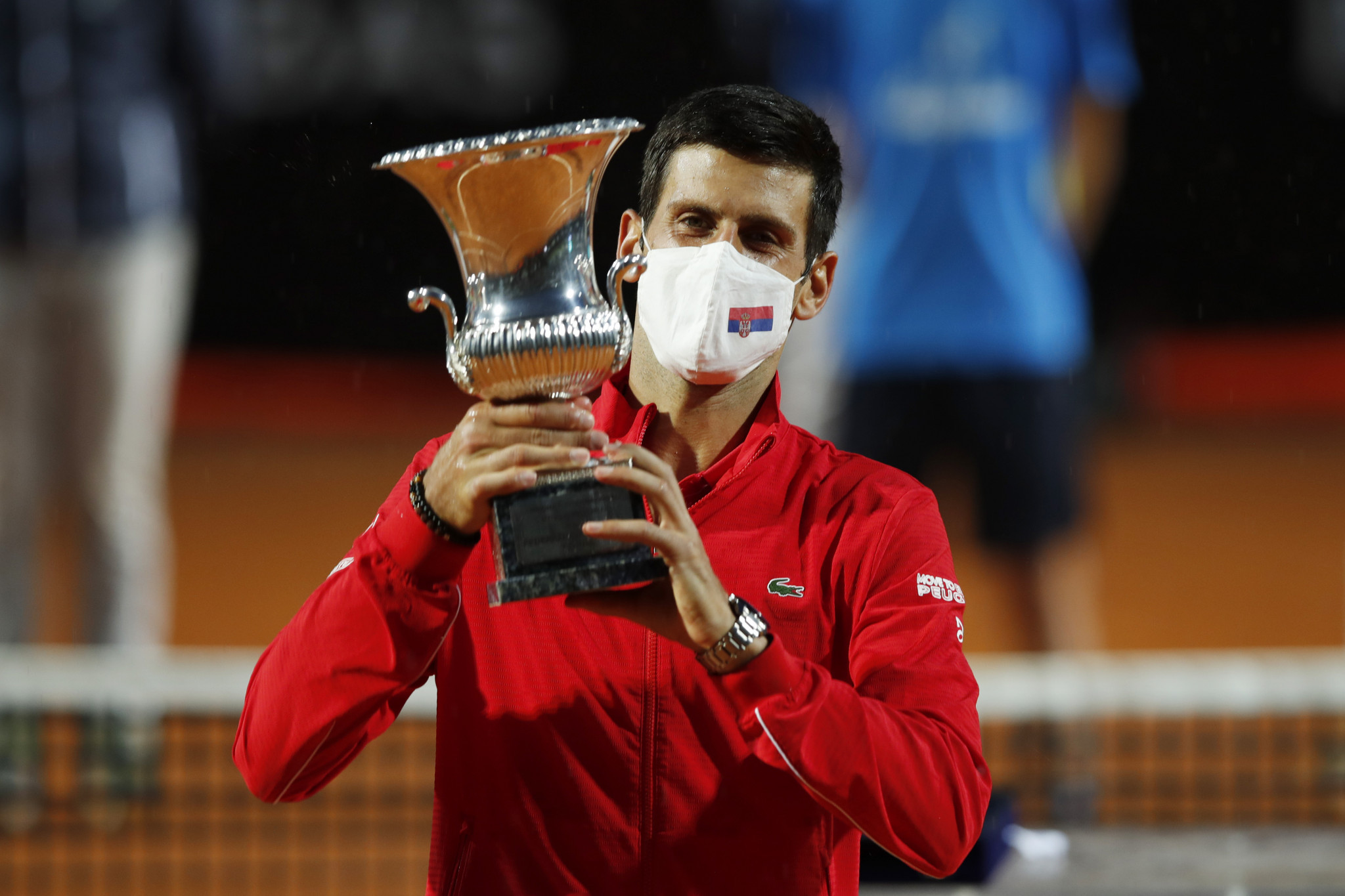 In the men's singles final, Djokovic had to work hard to secure the title but still overcame Diego Schwartzman in straight sets at the Foro Italico in Rome.

It is the Serbian's fifth Italian Open title and a record 36th Association of Tennis Professionals (ATP) Masters 1000 crown.

Djokovic, who last won in Rome in 2015, had drawn level with Spain's Rafael Nadal last month.

Nadal was the second seed for this tournament, but bowed out in the semi-finals after losing in straight sets to Schwartzman.

After the Argentinian broke Djokovic in the first set, the top seed was able to turn it around and win 7-5.

It is Djokovic's fourth ATP Tour title of 2020 and he still hasn't last a match this calendar year, with his US Open exit coming via disqualification after he hit a ball into a line judge.

"It was a great week, a very challenging week," Djokovic said after the triumph.

Romania's Halep met the Czech Republic's Karolína Plíšková - the defending champion - in a women's final which pitted the first seed against the second.

It took Halep just 20 minutes to win the first set by a bagel score of 6-0.

Although she attempted to soldier on, Plíšková was clearly injured and eventually forfeited the match after receiving medical treatment, with Halep ahead 6-0, 2-1 at the time.

"It's not the way we want to finish a tournament, in the final, you played great this week," Halep told Plíšková afterwards.

"I wish you a fast recovery and wish you good luck at the French Open, maybe we will meet again there in the final."

Halep opted against playing in the US Open, whereas Plíšková did play in New York.