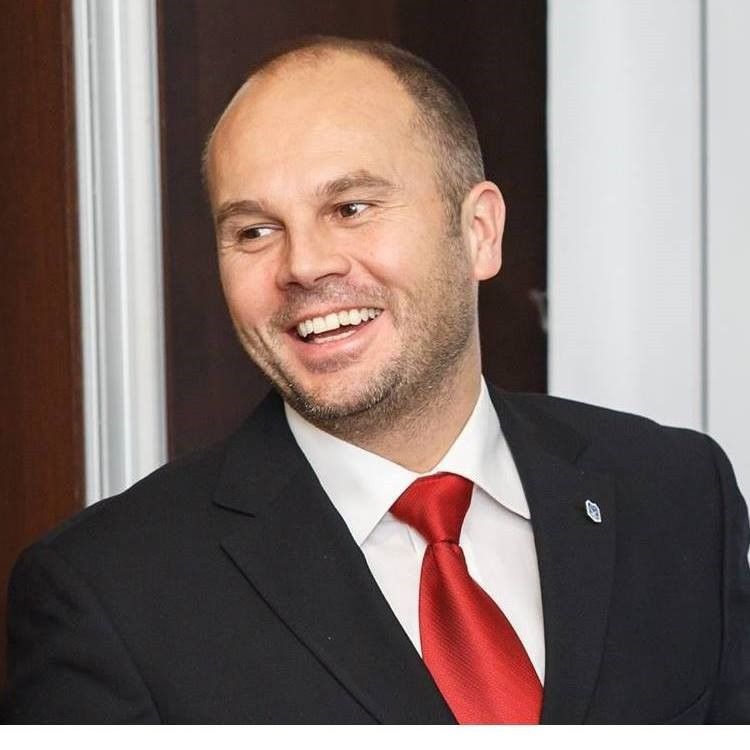 The International Weightlifting Federation (IWF) has begun its search for the new role of chief executive this week after the departure of its director general Attila Adamfi.

Adamfi is moving on "by mutual consent", said an IWF statement that thanked Adamfi for his 25 years service.

The Hungarian said his time at the IWF had been "a wonderful journey" and that weightlifting would "always remain close to my heart".

His biggest success was ensuring weightlifting’s future in the Olympic Games, which was confirmed last year after the International Olympic Committee (IOC) had put its place on the Games schedule under review.

Adamfi joined the IWF in 1995 before taking a permanent role in 2001 as competition director.

He was appointed director general in 2014 by the IWF’s President Tamás Aján his father-in-law, who resigned in April after an investigation into corruption in weightlifting.

Adamfi was named several times in the McLaren Independent Weightlifting Investigation, which described him as the "effective day-to-day active President".

"The IWF is grateful to Mr Adamfi for a quarter century of dedicated service to our sport and in particular for his key role in resolving the IOC’s concerns from 2017 to 2019," said IWF Interim President Ursula Papandrea.

"He crossed boundaries working with the commissions and presenting their recommendations to the executive board, understanding the needs of the weightlifting community.

"His role was pivotal in getting the board not just to agree but to carry through on the decisions."

Adamfi led the delivery of weightlifting competitions for seven Olympic Games - including preparations for Tokyo 2020, pushed back to 2021 because of the coronavirus pandemic - and three Youth Olympic Games.

He was the main driver of the new Olympic qualification system that drew praise from the IOC, which said it was an example to other sports.

Adamfi also oversaw the creation of the Sport Programme Commission and independent Clean Sport Commission, whose work, said the IWF statement, "was pivotal in the IOC Executive Board’s decision to confirm weightlifting’s place on the programme for Paris 2024.

"I am proud to have had the chance to lead the IWF’s operations as its director general, including the success of weightlifting at Olympic and multi-sport Games," Adamfi said in the IWF statement.

"Ensuring the sport’s future, including developing an innovative qualification system - which won the IOC President’s praise - was my most significant achievement.

"As one of my latest projects, I enjoyed being part of the first ever real online international event, the ‘Panam Cup Live by ZKC’, engaging the weightlifting community by providing a safe competition opportunity for our most important stakeholders, the athletes.

"Having had the chance to make weightlifting be a central part of most of my professional life, I am looking forward to putting my transferable skills and experience at the service of new opportunities in sport."

While Adamfi has been criticised for being part of an IWF regime described by the McLaren Report as corrupt, individual athletes have spoken about the help they received from him.

Fernando Reis was helped during a serious conflict with the Brazilian Weightlifting Federation, and another super-heavyweight, the young Dutchman Enzo Kuworge, said his career would have been over but for Adamfi’s intervention.

"If it was not for his help, and if my NOC (National Olympic Committee) had not stepped in, I would not have been weightlifting for Holland any more.

"The Dutch federation, due to politics and personal grudge, did their best to ruin my career.

"My coach, my parents and I all agree that we want Attila to receive acknowledgement for what he did for me and weightlifting in Holland."

Because of Adamfi’s intervention Kuworge not only attended the last Youth Olympic Games in Buenos Aires in 2018 – for which he had not been nominated by his weightlifting federation – he became his country’s flagbearer, and won a bronze medal.

USA Weightlifting chief executive Phil Andrews has come to the end of his term as the IWF’s interim deputy director general, insidethegames understands, and the new position of chief executive will be advertised.

At the next electoral Congress, expected in March 2021, there will be elections for the IWF President, general secretary, vice-presidents, Executive Board and committee member positions.