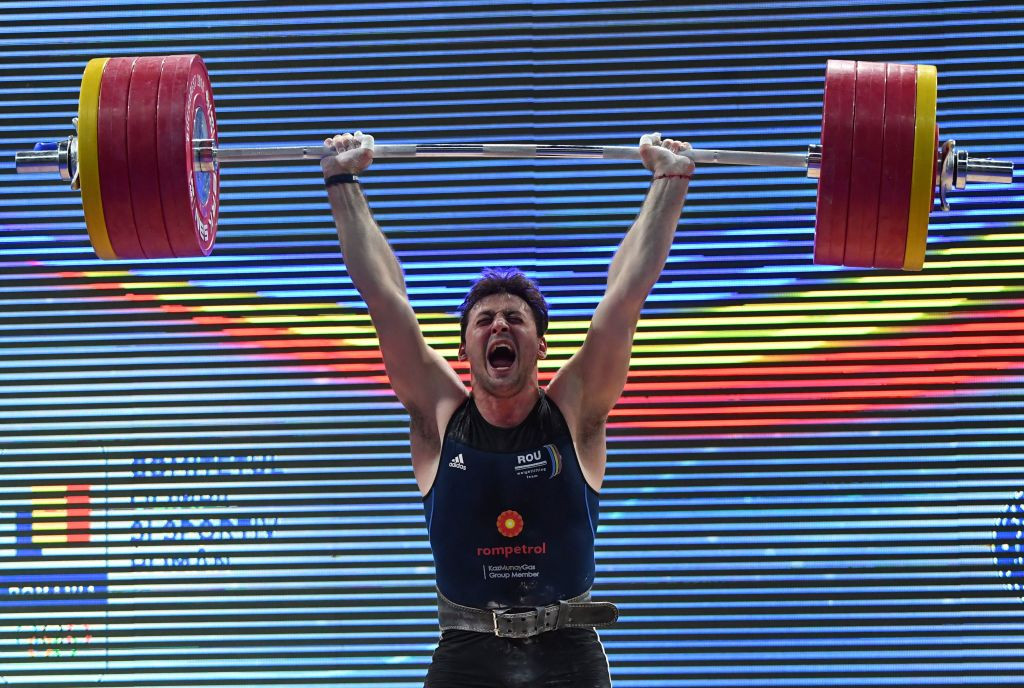 A doping positive by a Romanian weightlifter has added further confusion to the Olympic hopes of clean athletes as they enter the final period of qualifying for the postponed Tokyo 2020 Games.

The additional seven-month qualification period, added by the International Weightlifting Federation (IWF) because of disruption caused by the Covid-19 pandemic, began yesterday and runs until April 30 next year.

By the time it ends some athletes may still not know whether they are in or out of Tokyo 2020 because of delays in processing doping cases, and the knock-on effect on disciplinary decisions about athlete quotas and the eligibility of nations to send a team at all.

Either or both of Romania and Colombia could be barred from Tokyo 2020 - provided the long, drawn-out process of closing doping cases and imposing "totting-up" punishments is completed in time.

Romania currently has six "unclosed" doping cases, and Colombia three - and both nations have athletes placed well enough to be medal contenders at the postponed Tokyo 2020 Olympics.

Anti-doping procedures take time in any sport but weightlifting currently has 35 unresolved from 2019 and Sarah Davies, chair of the new IWF Athletes’ Commission, said the delays were "unbelievable, and unfair on clean athletes".

The Commission will meet for the first time tomorrow, when it will discuss an attempt to have a vote on the IWF Executive Board.

Davies, from Britain, has a personal interest as she stands 14th in the women's 64 kilograms qualifying list, with two Romanians and a Colombian ahead of her.

"I’m not the only athlete missing out on podium finishes and higher rankings because of this," Davies said.

"The process hasn’t been followed at the speed it needs to be followed.

"Athletes who abide by the rules deserve to be given a fair chance.

"It’s really important that, hopefully with the help of the International Olympic Committee (IOC), we push this through as quickly as possible.

"It's something we will discuss at the Athletes Commission in the near future.

"We then want to take our feedback back to the IWF and we’ll make a push for progress.

"We don’t have a vote on the board yet, and that’s something I’d like to push for.

"It’s important that an organisation for athletes should have a vote - it seems pointless to create a commission and not give us a vote."

Nicolae Onica, who has made qualifying lifts at 96kg and 102kg and stands top of Romania’s all-weights Olympic qualifying list for men, has been provisionally suspended after testing positive for steroids.

Should Onica’s violation be upheld Romania would be liable to be suspended from Tokyo 2020 under two different rules, but whether that will happen is by no means certain.

First, there is the question of time taken to "close" doping cases and then there are debates to be had about the fairness of an outright suspension.

Romania could be suspended for a year under the "Tbilisi decision", which led to a one-year ban for nine nations that had three or more positives in the IOC’s retesting of stored samples from Beijing 2008 and London 2012.

All four of Romania’s lifters at London 2012 have come up positive in retests conducted since the nine nations served their bans.

Those nine missed the 2017 IWF World Championships but Romania could miss the Olympic Games if a similar punishment is imposed.

In terms of status, and for funding-related decisions taken by any National Olympic Committee, there is an almost immeasurable difference between missing an IWF World Championships in a post-Olympic year and an Olympic Games.

Provided Onica’s case is closed in time Romania will also be subject to punishment - a ban from Tokyo 2020 is the maximum - for having three or more doping positives within the Olympic qualification period (November 1, 2018 until April 30, 2021).

The news of Onica’s failed test was announced on September 30, the original final day of qualifying before the extension was added.

The two other Romanians who tested positive in the qualifying period were Cristina Iovu, who has been banned three times for three different nations and is currently suspended for eight years, and Paul Dumitrascu.

Dumitrascu was positive for a Cannabinoid rather than performance-enhancing steroids and Romania might argue that banning a nation from Tokyo 2020 because of a cannabis-related offence would be unfair.

Delays are inevitable if previous timescales are anything to go by.

The "Tbilisi decision" was taken in June 2016, yet the nine nations did not start their suspensions until 17 months later.

"I came fifth in the European Championships (in 2017) behind two Russians who shouldn’t have been there, and wouldn’t have been if the process had been conducted in an appropriate and speedy manner," she said.

"I know athletes who are going to be in a similar situation for Tokyo 2020, like me.

"For some it will be a case of getting to the end of qualifying after two years’ hard work and not knowing whether they are going or not, because of these delays.

"The effect on an athlete mentally can make it very, very difficult - motivating yourself to train as if you are going to the Olympics but not actually knowing if that will be the case.

"If decisions get pushed back even further it starts to reflect really badly on our sport.”

Russia was one of the nine banned nations - the others were Azerbaijan, Kazakhstan, Belarus, Armenia, Moldova, Ukraine, Turkey and China.

Dealing with Romanian doping violations has also been a time-consuming process.

For example Monica Csengeri tested positive in December 2017 at the time of the IWF World Championships, but her 17-month suspension was not announced by the IWF until 18 months later.

Florin Croitoru, first of the four Romanians to test positive for London 2012, has been disqualified by the IOC but no suspension has been announced by the IWF and the case remains ongoing from its perspective.

While Croitoru’s case is "ongoing" with the IWF 18 months after the positive was announced, another three are still being processed by the IOC - all of them involving Romanians.

They are the only three of 61 IOC retest positives not dealt with yet, and are the most recent ones.

They are expected to be "closed" by the end of the year.

The athletes involved are Gabriel Sincraian, who has already been suspended twice and who was disqualified from Rio 2016, Razvan Martin and Roxana Cocos.

Information from the IWF’s website illustrates the pace at which the process moves.

Throughout 2019 the IWF announced 49 provisional suspensions for athletes because of doping violations, some of which related to historic cases.

Of those 49 only 14 have been closed, according to the published list of sanctions: the 35 outstanding cases have been in process for between 10 and 20 months.

Results management was handed over by the IWF to the International Testing Agency in May 2019, when it was immediately swamped with high-priority cases, many of which are ongoing - 10 from Thailand which have been resolved, and 12 from Russia which have not.

Thailand, Egypt and Malaysia are already banned from Tokyo 2020.

Colombia will join them if three doping cases announced in February are closed, and if a suspension is imposed, while Iraq has also had three positives this year.

But no decisions about the presence in Tokyo of Colombia, Romania or any nation with multiple offences can be taken until "ongoing" doping cases are closed.

Davies is hopeful that recent moves by the IWF under interim president Ursula Papandrea will lead to a "fairer future" for clean athletes.

After the creation of a new Anti-Doping Commission - with a majority of independent members - all anti-doping procedures from targeting to testing to sanctions have been taken "out of house".

"Under the old regime at the IWF anti-doping rules were put in place but only as a token effort,” said Davies.

"Now, hopefully we will see change and reform moving forwards, with a focus on anti-doping that means the athletes doing the right things are being rewarded for that."