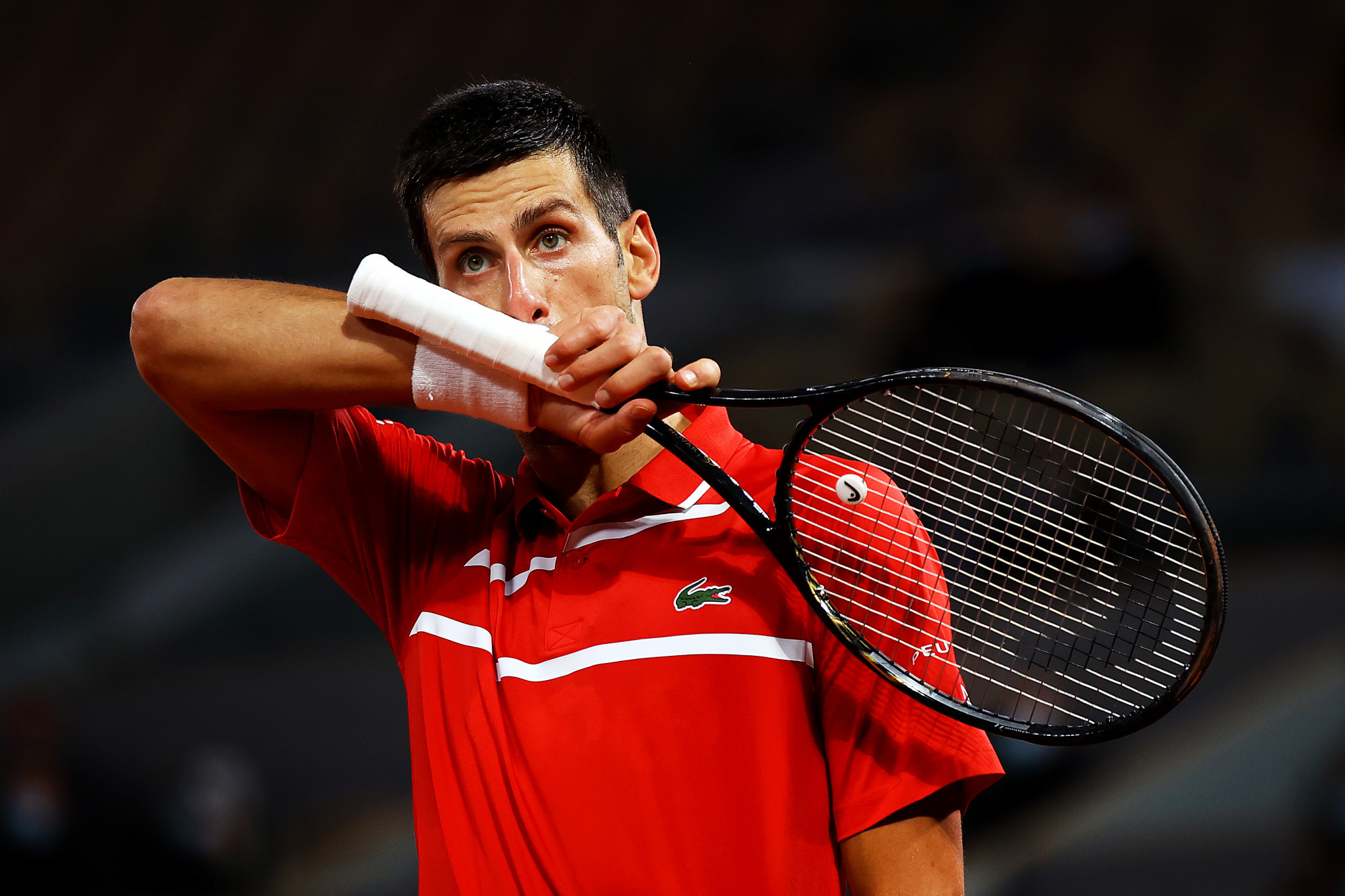 Novak Djokovic accidentally struck a line judge with a ball during his latest straight sets win at the French Open, as the world number one continued his record of not yet having dropped a set in the tournament.

The Serbian beat Russia's Karen Khachanov, the 15th seed, 6-4 6-3 6-3 as he continued his unblemished record of winning every set he has played in Paris.

The relatively routine win for Djokovic was noteworthy for an incident when the score was at four games to three and deuce in the opening set.

As Djokovic stretched to return a serve the ball ricocheted off his racket, striking a line judge at the side of the court in the face.

The incident resembled one of the most dramatic moments at last month's US Open when Djokovic was disqualified from his fourth round match against Spain's Pablo Carreno Busta after striking a line judge with a ball in frustration.

With the incident at Roland Garros being a complete accident, there was no danger of a repeat of the dramatic moments in New York when Djokovic was defaulted.

In an ironic series of events, Djokovic will now face the Spaniard, seeded 17, in the last eight at Roland Garros, after Carreno Busta defeated German qualifier Daniel Altmaier 6-2 7-5 6-2.

Stefanos Tsitsipas, the fifth seed from Greece also progressed to the last eight in straight sets as he overcame Bulgaria's Grigor Dimitrov, the 18th seed, 6-3 7-6 6-2.

The last eight line-up was completed by Russian Andrey Rublev, with the 13th seed coming from behind to defeat Hungary's Marton Fucsovics 6-7 7-5 6-4 7-6 in just under four hours.

In the women's draw, the highest ranked player in action on day nine Sofia Kenin survived a scare as she came from a set down to defeat France's Fiona Ferro.

In the opening match of the day on the main Philippe Chatrier court seventh seed Petra Kvitova showed why she is being tipped as a title contender, with the Czech player dispatching China's Shuai Zhang 6-2 6-4.

This encounter was noteworthy for an unusual sequence of events as while Badosa was having a medical time-out, Siegemund could be seen eating what resembled noodles with a fork from a brown tub followed by a cereal bar.

Siegemund explained in a media conference after the match that she had been suffering stomach problems in the build-up to the clash and had been unable to eat.

She said her unusual mid-match meal was because her sugar levels were "dangerously low."

Owing to wet weather which disrupted play on the outside courts for much of the day, the remaining women's singles fourth round match between American Danielle Collins and 30th seed Ons Jabeur of Turkey was carried over to tomorrow.

It is scheduled to be played first on Court Philippe Chatrier prior to two men's and two women's quarter-finals.

As the main court at Roland Garros is now equipped with a roof, weather delays should not affect any remaining matches in the singles competitions.