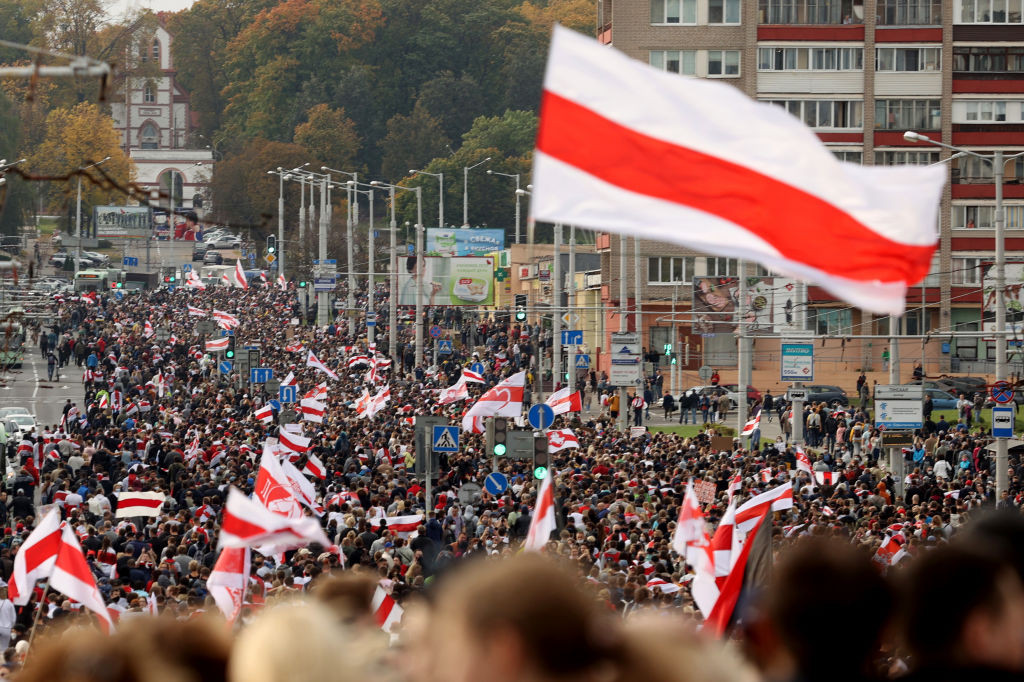 Belarus is facing the prospect of sanctions, including a ban of its flag at the postponed Olympic Games in Tokyo next year, following allegations from athletes that its National Olympic Committee (NOC) is discriminating against them for their political views.

The International Olympic Committee (IOC) claimed it was investigating claims the National Olympic Committee of the Republic of Belarus (NOCRB) has been targeting athletes who have spoken out or protested against President Alexander Lukashenko's controversial re-election in August, warning the nation could be punished based on the outcome of the probe.

Banning the country's flag from the Olympic Games is among the sanctions available to the IOC should the organisation decide the NOCRB - led by Lukashenko - has breached the Olympic Charter.

IOC President Thomas Bach promised it would "protect" Belarusian athletes even if the Executive Board decides to take action against the NOCRB, raising the possibility of competitors from the nation taking part at future Olympic Games under a neutral flag.

In a letter sent to the IOC and seen by insidethegames, a group of Belarusian athletes, including Olympic medallists, alleged "many athletes have been tortured, beaten and arrested" for expressing views against the Lukashenko regime since his disputed re-election on August 9, which has triggered mass protests across the country.

"Those who disagree with the authorities' policies and the use of force are subject to various forms of psychological violence and discrimination in sporting activities by state authorities, including the NOC and the Ministry of Sport of Belarus: dismissals, suspension from competition, banning national teams, constant psychological pressure and other forms of personal violence," the letter sent by the Free Association of Athletes of Belarus group read.

The group called on the IOC Executive Board to investigate the allegations, suspend its payments to the NOCRB and help athletes "who have suffered from illegal reprisals to participate in sporting events under the auspices of the IOC in case they have been unfairly suspended from such events by the NOC of Belarus".

Bach revealed the IOC had been in contact with the NOCRB but had since received further allegations from athletes, which he described as "very worrying".

The IOC President claimed the organisation had sought assurances from the NOCRB that athletes "will continue to prepare for the Olympic Games Tokyo 2020 and Beijing 2022, despite any views that they might have expressed/may have expressed during these difficult times in Belarus".

Bach said the IOC had received a response from the NOCRB "confirming" athletes that its selection process for Tokyo 2020 and Beijing 2022 "will be based strictly on results in major sports events".

Another letter was later sent to the NOCRB regarding former Women's National Basketball Association player Yelena Leuchanka, sentenced to 15 days in jail for participating in opposition protests.

Athletes across Belarus have called on the IOC to suspend the NOCRB's membership in the wake of the discrimination claims.

"We are very concerned about the information we are getting and this is why we are looking into it and will strengthen our investigation," Bach said.

"What we are hearing is athletes are saying that they are being discriminated [against] by the NOC for political reasons.

"Non-discrimination is an essential value of the Olympic Movement and the Charter, this is why we are so concerned and are taking it so seriously.

"The Executive Board...decided we will strengthen our investigation to determine whether the NOC has fulfilled and is fulfilling obligation as per the Olympic Charter."

Bach promised the IOC's NOC relations department would report back to the Executive Board "as soon as possible" following the investigation, which will involve more correspondence with the NOCRB.

"Depending on this outcome, the Executive Board may have to take decisions," Bach added.

"In case of an infringement of the Olympic Charter, the IOC will take actions and sanctions provided for in the Charter, while always protecting the athletes."