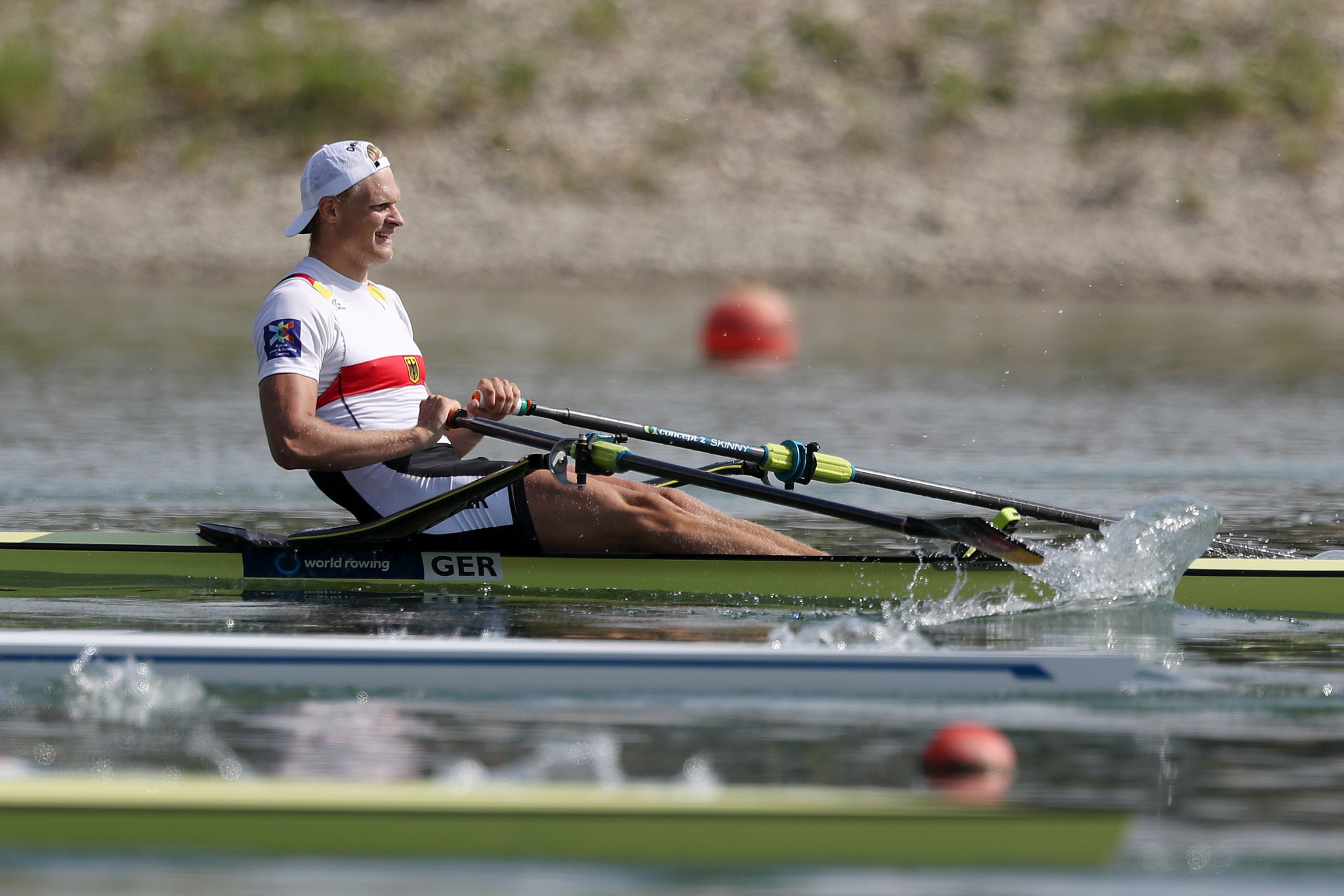 Reigning world champion Oliver Zeidler was forced to go through the repechage in the men’s single sculls competition on the first day of the European Rowing Championships in Poznan.

The German, also defending European champion, placed second in his heat in 6min 58.24sec, with The Netherlands’ Amos Keijser taking the direct route to the semi-finals by winning in 6:53.870.

Zeidler returned in the afternoon session to book his place in the semi-finals.

Sverri Nielsen of Denmark and Kjetil Borch of Norway, who finished behind Zeidler at the 2019 World Championships, both won their heats in the morning session.

Defending women’s single sculls champion Sanita Pušpure of Ireland secured her place in the semi-final stage of the competition.

Racing is underway at the European Rowing Championships!

She placed second in her heat in 7:35.510, nearly two seconds down on Germany’s Pia Greiten.

The top three in the women’s single sculls heats each progressed.

Switzerland’s Jeannine Gmelin and Dina Dymchenko of Ukraine were among those to advance.

Competition will continue tomorrow, with semi-finals taking place across the boat classes in Poznan.