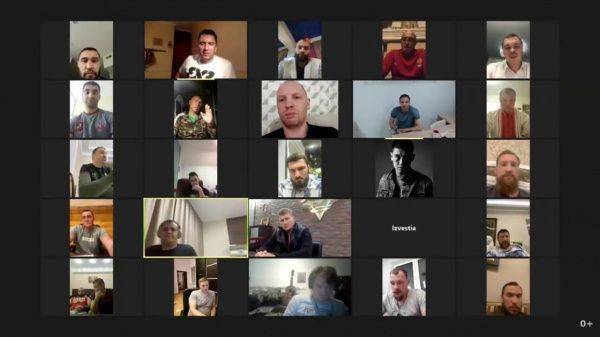 International Boxing Association (AIBA) Presidential contender Umar Kremlev is expected to be released from hospital in Moscow in the next few days after recovering from coronavirus.

Kremlev, secretary general of the Russian Boxing Federation (RBF), was admitted to hospital on October 5 after originally going into hospital to have a vaccine for COVID-19.

But being diagnosed, he was admitted to hospital in Moscow for treatment and later developed a fever.

Kremlev is now over the coronavirus, a source told insidethegames, but is completing a period of quarantine before returning home.

Kremlev had claimed the week before he was admitted to hospital that more than 50 countries had asked him to put himself forward to stand for AIBA President.

He has continued to work while he is in the hospital and last week held a teleconference with some of Russia's leading professional boxers.

All of them wished Kremlev a speedy recovery.

Kremlev also orchestrated a birthday message from the RBF for Russian President Vladimir Putin, who turned 68 on October 7.

Among the professional boxers who took part in the video call were Alexander Povetkin, who last month caused a big upset when he won the interim World Boxing Council heavyweight title by knocking out Britain's Dillian Whyte in London.

Despite claiming that so many countries have asked him to stand, Kremlev insisted he has not yet made a final decision on whether to put himself forward.

Kremlev, also the first vice-president of the European Union Boxing Confederation, has been a key figure at AIBA in recent times.

Having taken on the role of Marketing Commission chair, Kremlev devised a series of AIBA Forums to create fruitful dialogue between the governing body, Confederations and National Federations.

These took place in the Americas, Oceania and Asia at the start of the year before being halted by the coronavirus pandemic.

The AIBA Ordinary Congress is set to be held virtually on December 12 and 13 as a result of the global health crisis.

AIBA members will elect a new President and vote for the new Constitution of the organisation.

The deadline for candidates to put themselves forward is November 2.

AIBA has been without a permanent President for 18 months after Uzbekistan's Gafur Rakhimov stood down in March 2019 following allegations that he was involved in heroin trafficking.

This controversy, alongside allegations of financial mismanagement at AIBA, led to the International Olympic Committee (IOC) stripping the world governing body of its right to organise the boxing tournament at Tokyo 2020.

Last week, following an IOC Executive Board meeting, President Thomas Bach warned he was "very worried" by the lack of governance reforms at AIBA.