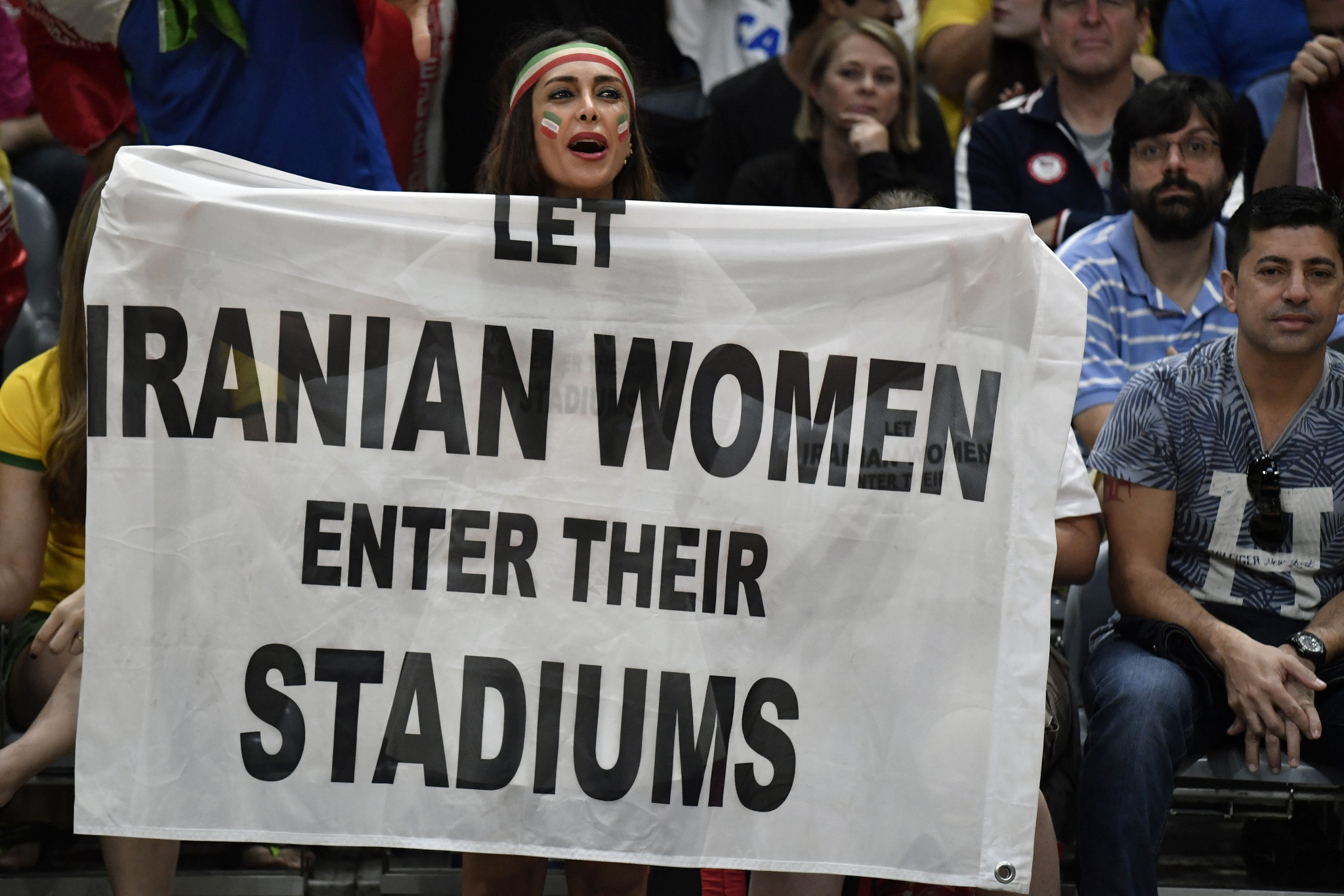 The International Volleyball Federation (FIVB) has defended awarding the 2021 Boys' Under-19 World Championship to Iran despite the continued obstacles preventing women from attending volleyball matches in the country.

It was announced Iran would organise next year's Boys' Under-19 World Championship as the FIVB named the host cities for a number of age group events.

The decision has faced scrutiny, however, with organisations such as the World Players Association and Global Athlete voicing criticism.

A blanket ban was issued on women attending volleyball matches in Iran in 2012.

The rules became more moderate in June 2017, but Iranian authorities allow only a limited number of pre-vetted women to attend matches.

In a comment to insidethegames, the FIVB claimed hosting a volleyball event could play a role in "contributing to positive change in Iran".

"The FIVB believes in the mission of sport outlined in the Olympic Charter that sport must unite and not divide people," the statement from the governing body said.

"Iran is a strong volleyball nation that has participated in a number of prestigious events including the Volleyball Nations League, World Championships and the Olympic Games.

"Volleyball is also very popular in the country attracting thousands and thousands of kids and so hosting volleyball events can play an important role in contributing to positive change in Iran and promoting the FIVB’s values of inclusivity and gender equality."

The FIVB also discussed its own role in enabling women to attend volleyball matches and pledged there would be no limitations at the Boys' Under-19 World Championship.

"The FIVB has been working with the Iranian Volleyball Federation for many years to ensure that international volleyball matches are available to all members of the public," it said.

"The FIVB is dedicated to helping promote positive development and change in society through engagement, and we have seen great progress in recent years.

"While there is still some way to go, we are 100 per cent committed to ensuring that female spectators are able to attend volleyball events in Iran, including at next year’s Boys' Under-19 World Championship."

World Players Association director of sport and human rights and Sport and Rights Alliance coordinator Gigi Alford claimed the awarding of the event sent a message that "gender-based discrimination is okay", however.

"Iran is the only country in the world to ban women and girls from attending sports competitions in stadiums," she said.

"By allowing Iran to host one of the FIVB-controlled international championships, the Switzerland-based governing body of global volleyball is sending a message to female family members and volleyball fans that this kind of gender-based discrimination is okay.

"FIVB should be gravely concerned for the safety of the women and girls in Iran who want to attend the matches because Iranian authorities have ruthlessly enforced the ban with arrests, beating, jailings and other abuse.

"Have they forgotten the case of Iranian female football fan, Sahar Khodayari, who died last year after setting herself on fire out of fear of receiving a six-month jail sentence for trying to watch a match?"

The Iranian was given two death sentences for allegedly stabbing a security guard and his involvement in demonstrations against the country's regime in 2018.

He claimed he had been coerced into giving a false confession before he was executed in September.

Global Athlete were among the groups criticising the country after Afkari's execution, with director general Rob Koehler claiming the move to award Iran the Boys' Under-19 World Championship showed sport had "lost its moral compass".

"Moves such as these shows sport has lost its moral compass and is prioritising money over human rights," he said.

"If the execution of Iranian wrestler, Navid Afkari, was not enough proof of the athlete abuse happening Iran then nothing will be.

"Sport and sport leaders need to be better.

"This is another example of why human rights must immediately be embedded into the Olympic Charter."

The criticism came as FIVB President Ary Graça met with IOC President Thomas Bach in Lausanne, with the pair discussing the COVID-19 pandemic, the beach volleyball Olympic qualification system, the digital transformation of FIVB and the use of new technology.

Despite calls to ban Iran from the Olympic Games due to the execution of Afkari and continued discrimination against women, IOC vice-president John Coates recently hinted the organisation would not take such a measure.