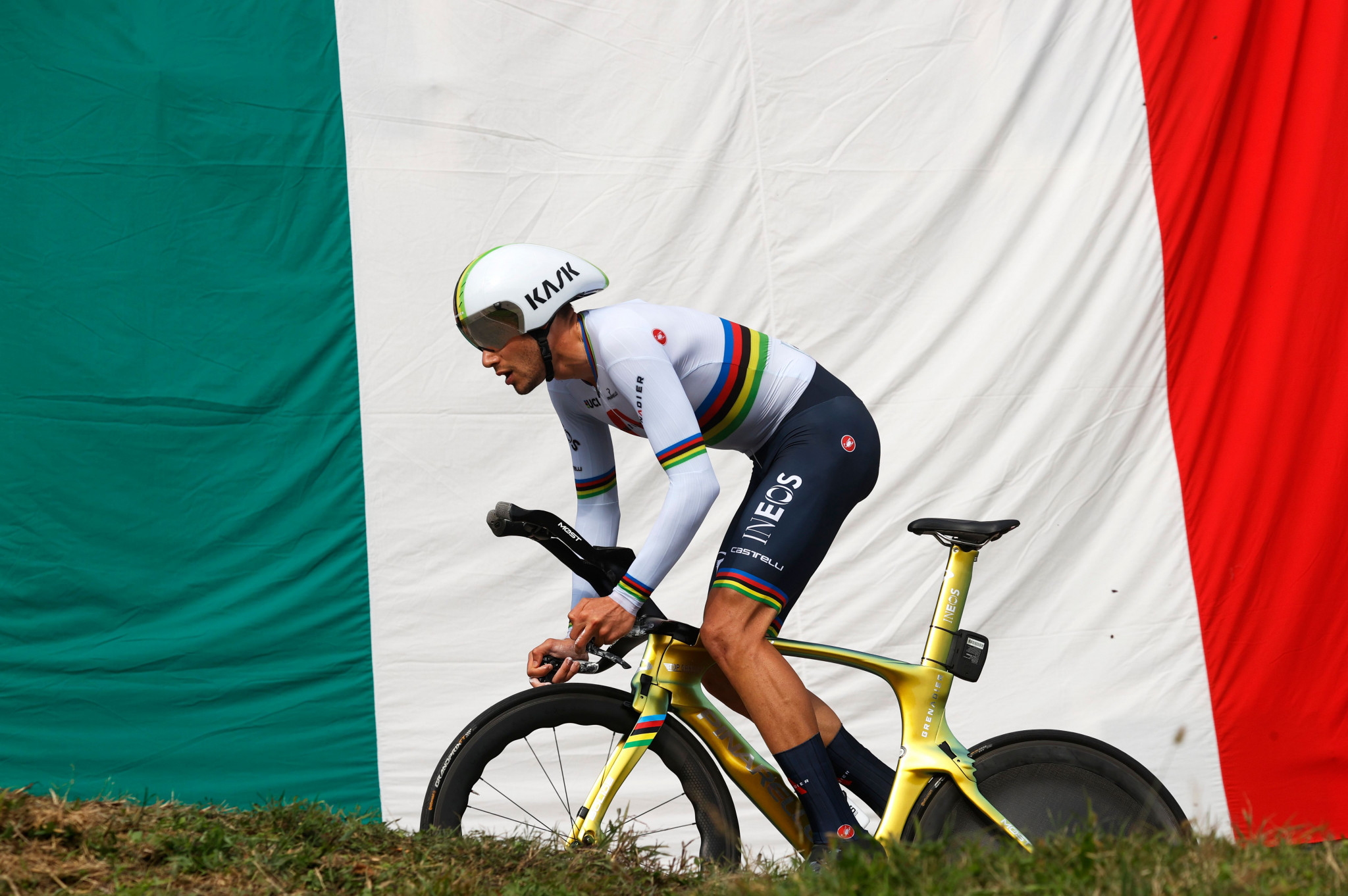 Italy’s Filippo Ganna produced a dominant display to win his third stage of the Giro d’Italia as race leader João Almeida increased his advantage in the individual time trial in Valdobbiadene.

Individual time trial world champion Ganna was favourite to triumph on the 34.1km stage from Conegliano to Valdobbiadene.

Ganna was one second faster than his Ineos Grenadiers’ team-mate Rohan Dennis at the first time check, following the main climb at the Muro di Ca’del Poggio.

The 24-year-old was able to extend his advantage over the final sections of the course to triumph in a time of 42min 40sec.

Ganna had already triumphed in the first individual time trial which opened the race, as well as winning on stage five.

"This is my third victory in the Giro, I am very proud of it,” Ganna said.

“This year I have improved a lot thanks to the help of my team.

“Every little improvement is important and contributes to performances such as this one today".

United States’ Brandon McNulty rounded off the top three on the stage, ending 1:09 off Ganna’s pace.

The American rose to fourth in the general classification with his display.

Almeida continues to wear the race leader’s pink jersey with the Deceuninck-Quickstep rider having placed sixth on the stage, 1:31 behind Ganna.

He gained 16 seconds on the stage to his nearest rival Wilco Kelderman, with the Dutchman now 56 seconds behind.

"It was a good day, I did a good time trial and now I have a few seconds more on Kelderman in the general classification.

"I hope to continue like this, I feel good."

He had begun the day 49 seconds off the race lead, but now trails Almeida by 2:11.

McNulty is now fourth at 2:23, with Italy’s Vincenzo Nibali a further seven seconds behind in fifth place.

A mountain stage from Base Aerea Rivolto to Piancavallo takes place tomorrow.

It will precede the final rest day of the race on Monday (October 19).