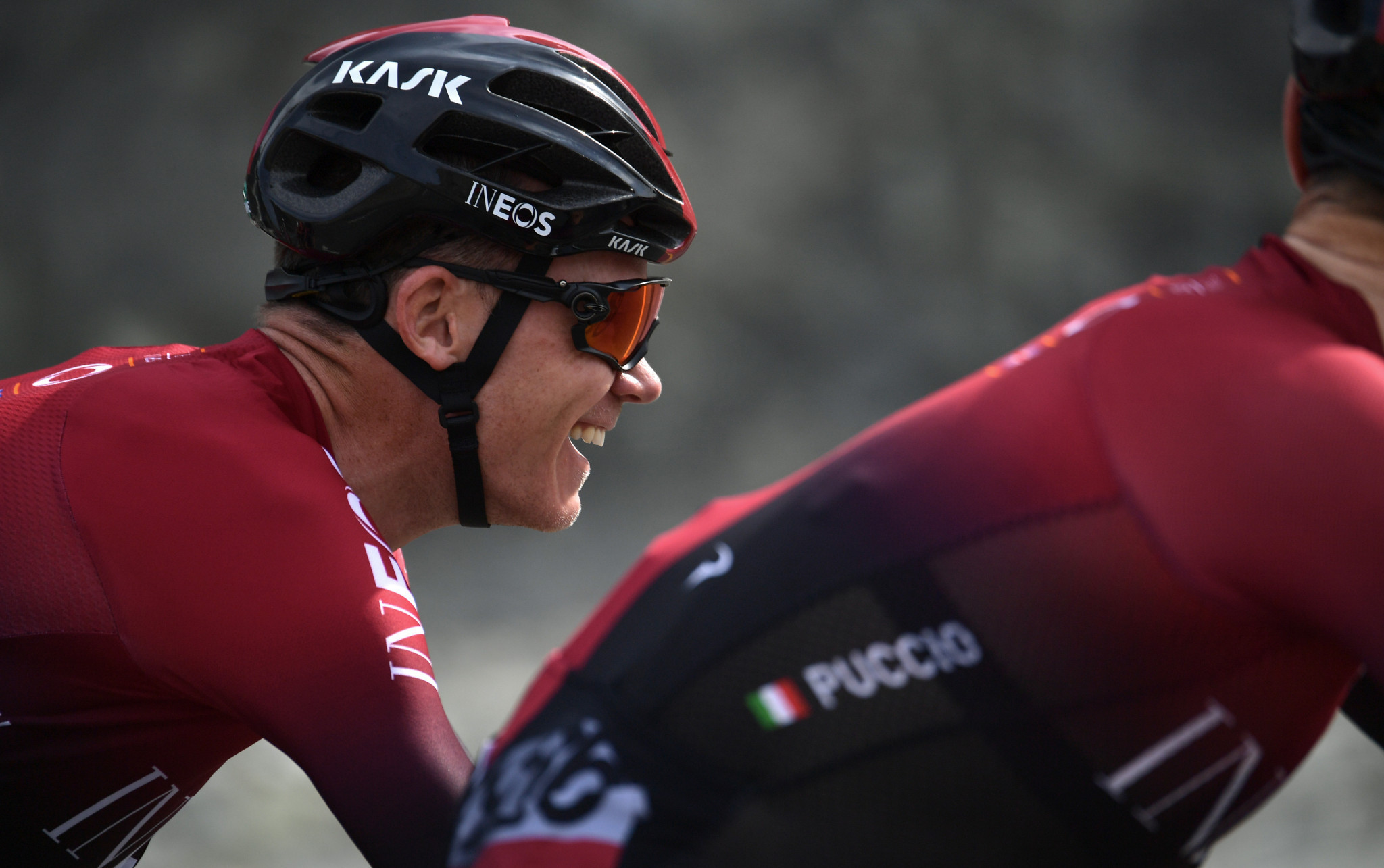 Britain's Chris Froome is set to take part in his final Grand Tour race for Ineos-Grenadiers at the Vuelta a España as he looks to back up front runner in his team, Ecuador's Richard Carapaz.

Froome, who will join Israel Start-Up Nation in 2021, will leave Ineos after 10 years with the professional cycling giants.

He has stated that his form is coming back, but has yet to have a reference point in a race so far this season after falling under the radar so far this campaign.

Since the restart of road cycling after the COVID-19 outbreak, Froome has struggled to make an impact, finishing 37th at La Route d'Occitanie, 41st at Tour de l'Ain, 71st at the Critérium du Dauphiné and 91st at the Tirreno–Adriatico.

He will look to regain his form that made him a four-time Tour de France winner, supporting Carapaz who came close to winning the mountain title at this year's Tour de France.

"I feel as if I’ve been closing the gap recently, but we’ll soon see how far off I actually am," said Froome in an early morning press conference today.

Now this will be his first Grand Tour since 2018, the same year that he won his only Giro d'Italia title and now expects to discover what shape he is in over the gruelling 18-stage race, starting tomorrow (October 20) on a 173 kilometre ride from Irun to Arrate.

This year's Vuelta a España will end on November 8 in the Spanish capital, Madrid.

"It’s hard to tell given I haven’t raced much recently, but I’ve been feeling better and better on the bike so I can take a lot of confidence from that," added Froome.

"I’ve got to keep in mind I haven’t raced a Grand Tour for two years now, so it’s very much just getting back into it again, taking it one day at a time and see how I go as we get through.

"I’ll know pretty quickly as we get into the first few days of racing, because they are pretty full-on."

The organisers of the race have confirmed that no riders tested positive for COVID-19 prior to the competition with 498 tests being carried out.

However, two team staff members - from Bahrain-McLaren and Team Sunweb - tested positive for coronavirus and were referred to their team doctors who ordered isolation measures on them.

Due to the ongoing COVID-19 pandemic, the Vuelta a España was postponed and now faces a clash with the Giro d'Italia, having initially been scheduled to take place from August 14 to September 6.

The threat of the virus is still imminent, leading to organisers banning spectators from the race's climbs over fears that infection could spread.