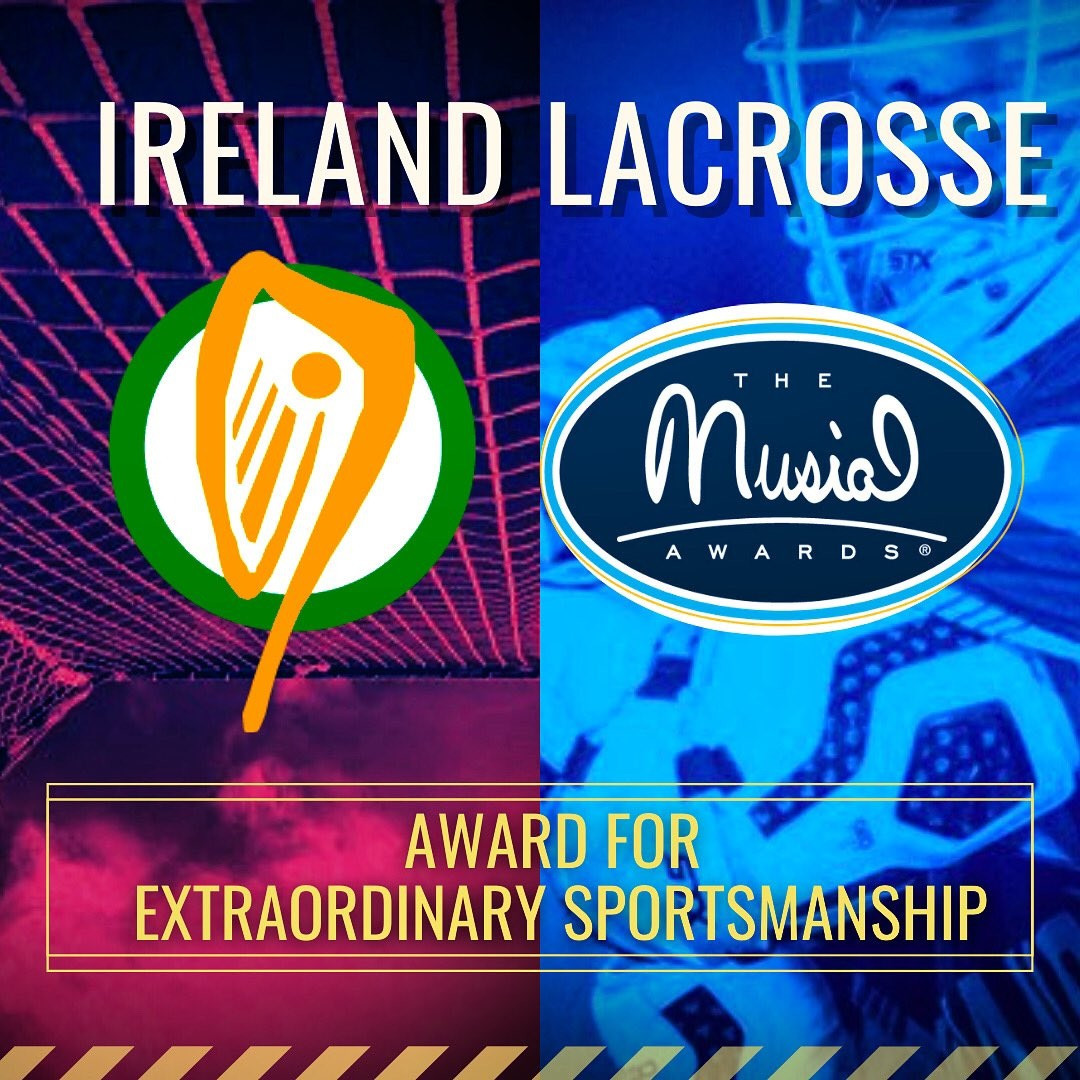 Ireland Lacrosse is set to receive a sportsmanship award for its "act of incredible selflessness" after pulling out of the men’s event at the 2022 World Games in Birmingham to accommodate Iroquois Nationals.

Ireland vacated its spot after a decision was made to allow Iroquois Nationals - which represent the Haudenosaunee, a confederacy of six First Nations - to complete in the United States in two years’ time.

World Lacrosse said the "selfless gesture" resonated with sports participants and fans around the world.

Ireland Lacrosse has now been selected to receive a Musial Award, which celebrate the greatest moments of sportsmanship.

The announcement was made by Marc Schreiber, vice-president of the St Louis Sports Commission and executive producer of The Musial Awards, during World Lacrosse's recent General Assembly.

"Ireland Lacrosse’s gesture to withdraw from the World Games in 2022 so that the Iroquois Nationals could qualify for the event exemplifies extraordinary sportsmanship," said Schreiber.

"It’s an act of incredible selflessness, and we admire the commitment to fairness.

"Ireland Lacrosse is most deserving of an award that stands for class, kindness and character in sports."

World Lacrosse President Sue Redfern added: "International sport is built upon values of friendship and fairness; of moments when athletes reach across the aisle in a sign of respect for their fellow competitors.

"This remarkable gesture by Ireland Lacrosse, and the response to it by the Iroquois Nationals and the wider lacrosse family, is a reminder of the unique power of sport to unite and inspire.

"World Lacrosse is grateful to the St Louis Sports Commission for recognising our member, and our sport, with such a prestigious honour."

Recipients of the Musial Award will be honoured during a one-hour television show on CBS in America on December 26.

"All of us at Ireland Lacrosse have gained so much from our great sport, and Ireland itself has always had a special connection with the indigenous people of North America, coming to each other’s aid in times of need," said Ireland Lacrosse chief executive Michael Kennedy.

"We are privileged to have the opportunity to continue this legacy, to enable the Iroquois Nationals - who gave the game of lacrosse to the world - to claim the spot that is rightfully theirs in such a prestigious event as the World Games.

"The esteemed recognition we are receiving through the Musial Awards proves to us all that we are better ‘I’d teannta a chéile’, ‘together as one’!"