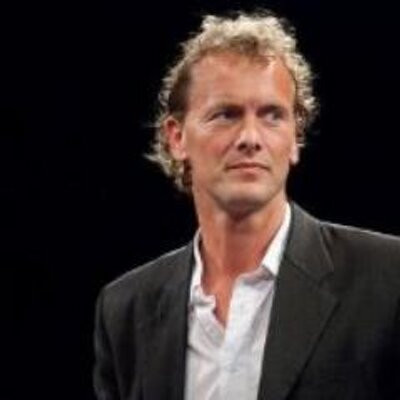 Van Der Vorst launched his campaign for the top job at the embattled organisation in a letter to AIBA's National Federations.

The Dutchman, chairman of the European Boxing Confederation's Passion for Boxing Commission, is the fourth official to publicly announce their intention to stand for President of AIBA.

It is widely expected Russian Umar Kremlev will also enter the race before the November 2 deadline.

Candidates must be nominated by their National Federation to be eligible to run for President.

The election is scheduled to be held virtually during the AIBA Extraordinary Congress on December 12 and 13, and the outcome is considered vital if the troubled federation is to regain its status as the Olympic governing body for the sport.

In his letter, entitled "a clean break for world boxing", Van Der Vorst claims a "complete change of leadership, financial management and culture within our sport" is required in order for the International Olympic Committee (IOC) to lift its suspension of AIBA.

"To put it in boxing terms, AIBA has had several eight counts, spent much of the bout on the ropes with only one round remaining to turn things around to accomplish victory," the Dutchman writes.

"For far too long, we have been told that our leadership is working extremely hard to resolve these issues, that reforms are on the way and that AIBA’s debts will soon disappear.

"Now, more than a year after the release of the damning Inquiry Committee report, the IOC continues to be ‘very worried’ about the lack of progress.

"It is time for a complete change of leadership, financial management and culture within our sport.

"Those responsible for the current situation cannot lead AIBA back into the family of trusted International Federations.

"Unless we intend to continue the bout with the same tactical plan that got us knocked down in the previous rounds."

AIBA has been without a permanent President for 18 months after Gafur Rakhimov stood down in March 2019 following allegations that he was involved in heroin trafficking.

The organisation has since been led on an interim basis by Morocco's Mohamed Moustahsane.

The IOC suspended AIBA in June of last year, a decision which stripped the body of any involvement in the boxing tournament at the Tokyo 2020 Olympic Games, because of concerns over its governance, finances and refereeing and judging.

Van Der Vorst, who has also worked in the healthcare industry, vowed to hold discussions with AIBA's membership to "finalise a plan to relaunch world boxing".

"My mission is to speak with honesty to the world boxing family and to set the direction for a detailed plan, which will ensure a clean break and a relaunch for our sport," he added.

"We have no time to waste to change course.

"As your President, I will do whatever it takes to ensure that AIBA regains its status as an IOC-recognised International Federation.

"I envision an organisation that will facilitate fair and inclusive participation for boxers of all levels across the globe."

A series of statute changes are also set to be approved at the Extraordinary Congress in December.

The IOC said earlier this month that it was "very worried" with the progress made by AIBA with its governance reforms.

AIBA has since insisted "real change" has been made, with Moustahsane calling on the IOC to support its reform process.