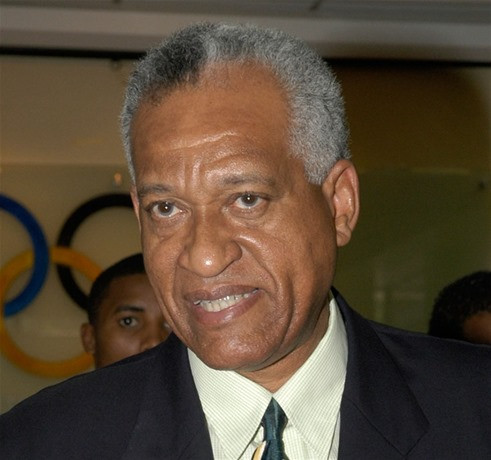 Concerns have been raised over a possible breach of International Boxing Association (AIBA) election rules after the National Federation which nominated one of the four candidates standing for President tried to pay the membership fee of nine countries so they can vote at the Congress.

The Dominican Republic Boxing Federation (FEDOBOXA) – which nominated Domingo Solano for President – transferred a total of $4,800 (£3,700/€4,000) to the Americas Boxing Confederation (AMBC) to cover the dues of nine National Federations, according to documents seen by insidethegames.

AMBC President Osvaldo Bisbal reported the "disturbing case" of the payment in a letter to the heads of the AIBA Disciplinary and Ethics Commissions, which he said was made "without previous approval from our side".

Bisbal alleges the DRBF told the AMBC the money "was to pay for the membership fees for nine National Federations in order for them to be eligible for the upcoming Congress" on December 12 and 13, where AIBA is due to elect its new President.

The Argentinian, a vice-president of AIBA, also suggested the DRBF had asked for the source of the money to be covered up as it "requested AMBC to issue an individual receipt to each National Federation that AMBC pretended to receive each fee from each of these nine National Federations".

The money was for AIBA's member federations in Saint Maarten, The Bahamas, Antigua and Barbuda, Virgin Islands, Dominica, Anguila, Bermuda, Haiti and Suriname, according to the letter.

"I am reporting this to you because I believe that AIBA and AMBC could be affected from an ethical point of view," Bisbal writes.

"As we are in critical situation to restore our damaged image, I am requesting your proper considerations on this case."

While Solano is no longer the President of the DRBF – he left in 2016 after 38 years at the helm – the alleged payment from the Dominican body could land the honorary AIBA vice-president in hot water with the Election Committee and the Ethics Commission.

The election rules state candidates "should in no case and under no pretext give presents or offer donations or gifts or grant advantages or benefits of whatever nature to or at the request of any party who will vote in, or who may otherwise influence, an election".

Candidates should also "not directly or indirectly, solicit, accept or offer any form of remuneration or commission, or any concealed benefit or service of any nature, connected with any AIBA activity or election or appointment to office".

Solano's knowledge of the payment is not yet known.

It is also not clear whether the Election Committee or Ethics Commission will take any action against Solano, but insidethegames understands the allegations have caused concern among senior AIBA officials.

The International Olympic Committee (IOC) suspended AIBA in June of last year because of issues with its governance, finances and refereeing and judging.

Other candidates, including Russia's Umar Kremlev, are expected to enter the race prior to the November 2 deadline.

AIBA has been without a permanent President for 18 months after Gafur Rakhimov stood down in March 2019 following allegations he was involved in heroin trafficking.

The organisation has since been led on an interim basis by Morocco's Mohamed Moustahsane.

The IOC suspending AIBA as the Olympic governing body for the sport stripped the organisation of any involvement in the boxing tournament at the Tokyo 2020 Olympic Games, postponed to 2021 because of the coronavirus pandemic.

insidethegames has attempted to contact a representative of Solano and has also approached AIBA Ethics Commission chairman Bernhard Welten, who also chairs the Election Committee, for comment.