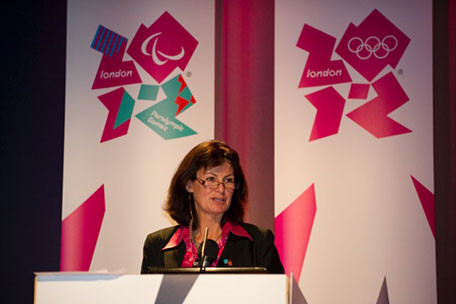 British-based company Pearce International has been appointed by Paris 2024 as its press and media consultant, its has announced on its Facebook page.

The eponymous agency set up by Jayne Pearce is widely considered to be the leading media operations consultancy company in Olympic sport.

Pearce has worked on several Olympic and Paralympic Games, including Atlanta 1996 and London 2012, where she was the press chief.

She also worked with the Winter Olympic Games at Sochi 2014 and is currently advising Tokyo 2020.

The decision to appoint Pearce International was widely hailed by members of the media.

"Well if you want to be the best, you have to work with the best...and you are the best," World Athletics and former London 2012 communications director Jackie Brock-Doyle wrote on Pearce International’s Facebook page.

Pearce has worked on FIFA and Rugby World Cups and the Pan American Games.

Pearce has also previously worked for both the International Association of Athletics Federations – now rebranded as World Athletics – and British Athletics.

Pearce has maintained strong links with athletics and worked on several World Championships, including Paris in 2003 and London 2017.

She has also been retained to work on the re-arranged World Athletics Championships in Eugene, which is now due to take place in 2022 having been postponed by a year due to the Olympic Games in Tokyo being pushed back to 2021.

Pearce is the joint owner of Pearce International with her husband, Andrew McMenamin, a Loughborough University graduate who has worked on major events since Sydney 2000.

Most of the media, however, are involved in the broadcast of the Games.

At Rio 2016, 12,912 accreditations were given out to right-holding broadcast staff and 6,887 to host broadcaster staff.