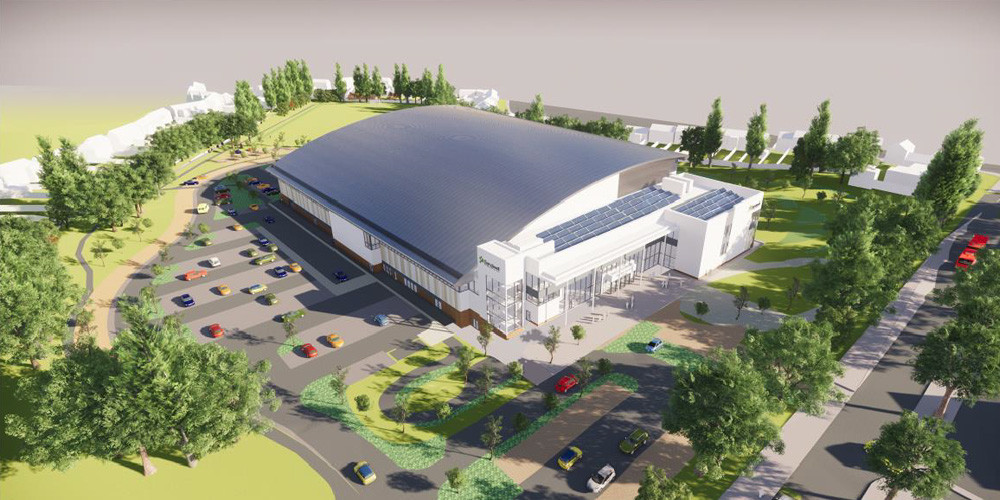 The local unitary authority has hailed progress made in the construction of Sandwell Aquatics Centre and again highlighted the benefits it is hoped to bring to the community.

Sandwell Aquatics Centre is set to be a key venue during the Birmingham 2022 Commonwealth Games, hosting diving and swimming events.

Three roof trusses have now been put in place, while all three of the venue's swimming pools have been built.

Contractor Wates Construction is "right on track to deliver it on schedule" despite the coronavirus pandemic, according to John Carlin, the firm's regional managing director for the Midlands.

Once finished, Sandwell Aquatics Centre will boast an Olympic-sized 50-metre swimming pool, a 25m diving pool and a community pool, plus room for up to 1,000 seated spectators.

Maria Crompton, deputy leader of Sandwell Council, said it is "just amazing" to see the progress being made.

"The steel truss and frame has really added a sense of scale and you can visualise just how great this centre will be as a facility for local people," Crompton said.

"The construction of this new facility has already benefited local residents by giving them the opportunity to gain employment as apprentices on this major project.

"I want to thank everyone who has been working tirelessly to make sure we remain on track to deliver this world-class centre for our residents.

"The centre will see massive improvements to leisure facilities in Sandwell and I am excited to see work continue to progress in the coming months."

Shortly west of Birmingham, Sandwell is made up of six towns - Oldbury, Tipton, Rowley Regis, Smethwick, West Bromwich and Wednesbury.

Sandwell Aquatics Centre is due to be opened for public use in 2023, following the Commonwealth Games.

It will also be the first major multi-sport event to offer more medals for women than men.