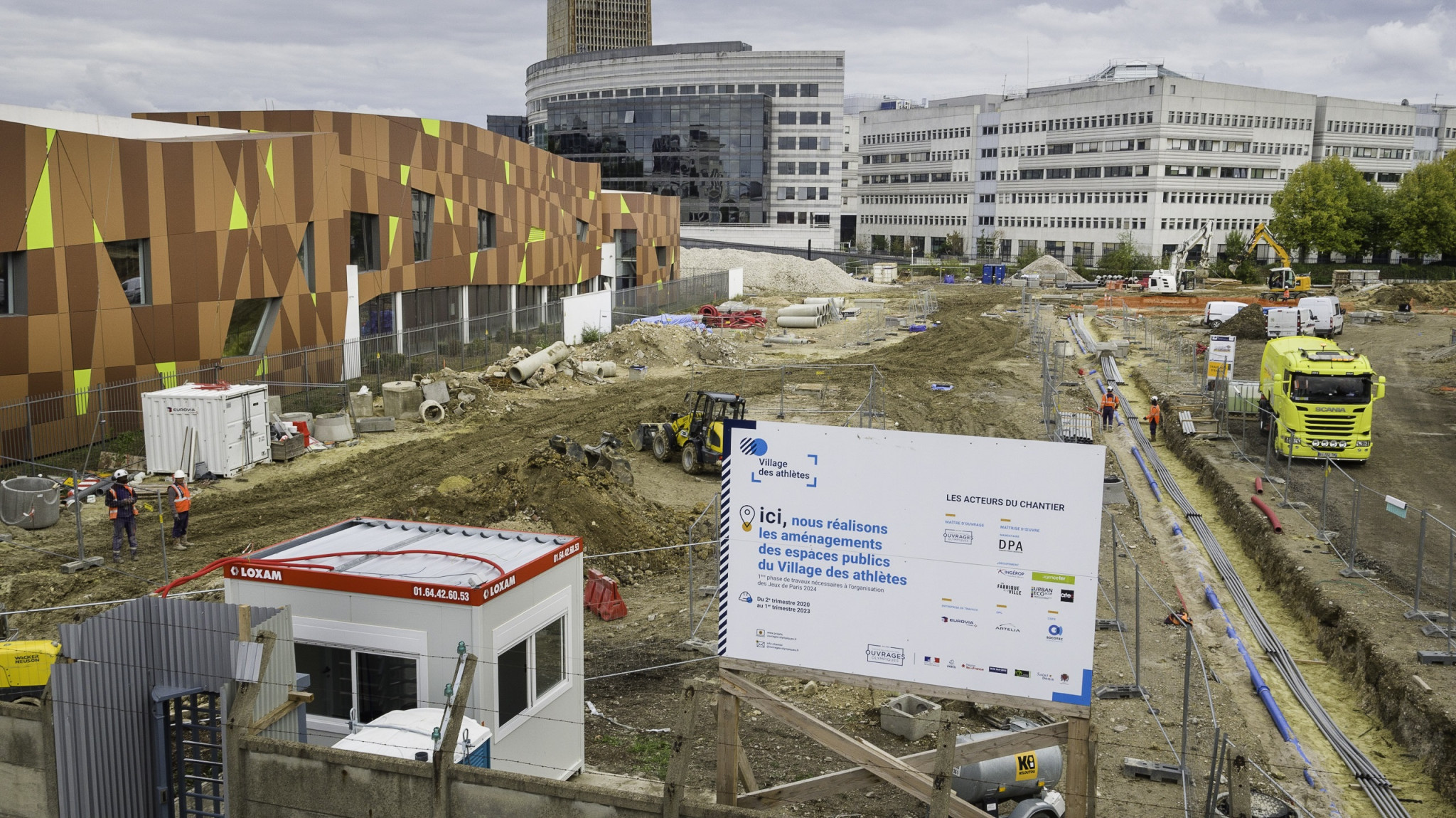 A motorway interchange in the Paris commune of Saint-Denis has been given the green light for the 2024 Olympic and Paralympic Games, despite local residents protesting its construction.

An administrative court this week rejected the request of local associations who asked for the cancellation of the development of the road, which will allow access to the Athletes' Village for the Games, according to L'Équipe.

Set to be built by state-owned company Solideo, the company in charge of construction of Paris 2024 venues, the project has been suspended since May following the appeal by locals, including a group of parents of students who believe the work could be dangerous to the health of inhabitants.

The development will see the motorway interchanges being created in Saint-Denis in the Pleyel (on the A86) and Porte de Paris (A1) districts.

The Administrative Court of Appeal of Paris rejected the appeal, which asked for the projects to be cancelled.

"It is an absolutely scandalous decision," Coline Robert, one of the counsel of the 15 applicants, told Agence France-Presse.

The lawyer called it "arguments of bad faith" and said the infrastructure was perhaps passed "in the name of the Olympic Games while the consequences of the project are manifest".

Solideo general manager Nicolas Ferrand had questioned how the main pieces of infrastructure would join together if the project could not go ahead.

"With regard in particular to the socio-economic advantages of the project and the measures taken to avoid and reduce them, the drawbacks noted by the applicants, in particular as regards noise pollution and air quality for some residents, which are inherent in such levels of roads, cannot be regarded as excessive in relation to the interest that the operation presents and do not deprive it of its character of general interest," said the Administrative Court of Appeal of Paris in its summary.

Saint-Denis is regarded as the poorest department in France according to the country’s statistics body INSEE, with 2019 statistics showing 28.6 percent of its residents living below the poverty line.