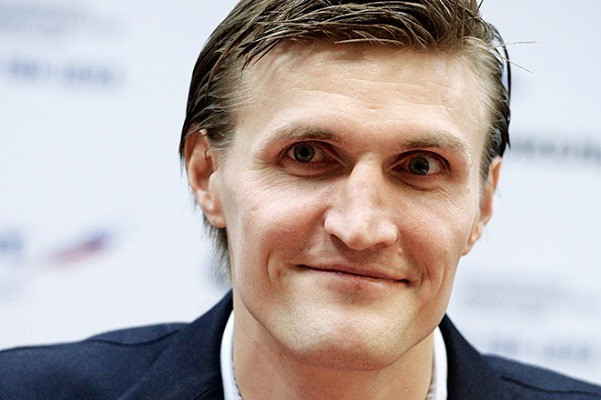 Russia’s former National Basketball Association star Andrei Kirilenko has warned the proposed four-year package of sanctions against which his country is appealing to the Court of Arbitration for Sport (CAS) next week would punish many innocent athletes.

The 39-year-old former Utah Jazz player, now President of the Russian Basketball Federation, told insidethegames the punishments handed down by the World Anti-Doping Agency (WADA) following its investigation into alleged state-sponsored doping would be "really unfair to a lot of athletes who have never been involved in doping".

The CAS is due to hear the Russian appeal against the sanctions, imposed after WADA found the country had manipulated the Moscow Laboratory data, from November 2 to 5.

If sport's highest court uphold WADA's decision, Russia's flag and anthem will be banned at the postponed Tokyo 2020 Olympics next year and the Beijing 2022 Winter Games.

Russia could also be stripped of World Championships it has been awarded and the country has been barred from bidding for the 2032 Olympic and Paralympic Games.

There would be a route to competition at major events for Russian athletes who can prove they had no involvement in the doping scandal that emerged in the wake of the Sochi 2014 Winter Games or the cover-up.

But it would be up to individual International Federations, in conjunction with WADA, to decide which Russian athletes can compete.

Russian President Vladimir Putin has described the sanctions as "unfair", and earlier this month characterised his country’s athletes as victims of “unsportsmanlike means”.

Kirilenko, speaking personally rather than officially, acknowledges that Russia has "a problem” with doping, but believes that the idea of a "collective" punishment is fundamentally flawed.

"I see a little bit like tunnel vision right now,” he said.

"It’s ‘this is collective, let’s punish the country, let’s take their flag away…this and that’.

"And nobody is thinking about the athletes that have never been involved in cheating.

"They are punishing the ones who have stayed away from all of this all of their careers and all their lives.

The 6ft 9in Kirilenko, who earned the nickname AK-47 during his playing career, refutes the idea that there was a "collective" system of doping in Russian sport by reflecting upon his own experience since participating in junior events up to his time as President of the RBF.

"As an athlete participating in basketball I never met a situation where somebody from the Ministry of Sport or from the Government came to the team," he said.

"As a player usually you see what is going on with the team, so if somebody would offer you doping or something strange you would see that.

"This has never happened.

"And that’s why I am quite positive that there is not a system in Russian sport for doping.

"Because if there is a system of the whole sport, at any level, people are going to come to the team and offer you something.

"So we should not be judging clean young athletes and preventing them from their dreams."

To read the full interview with Kirilenko, click here.