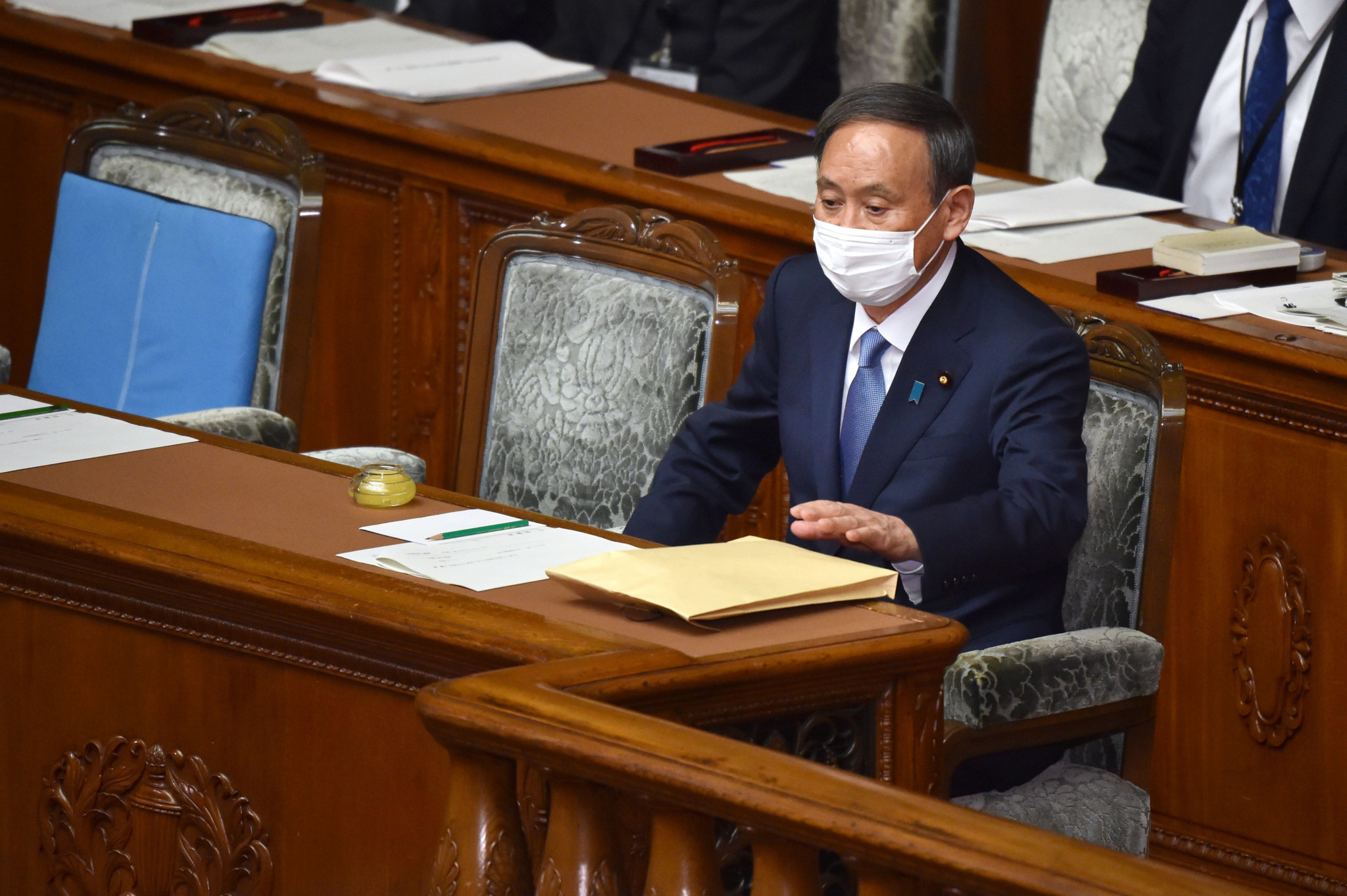 Japanese Prime Minister Yoshihide Suga has said he will seek to prevent the "explosive spread" of coronavirus as he outlined his intention to protect the health of the Olympic and Paralympic Games host country in a policy speech to the Diet.

Suga made the speech to the Diet, the national legislature of Japan, after becoming Prime Minister last month.

As expected, Suga reiterated the country’s commitment to hosting the Tokyo 2020 Olympic and Paralympic Games next year.

The Games have been postponed to 2021 due to the coronavirus pandemic, which continues to cause uncertainty over the staging of the event.

Suga vowed to work to keep the rate of Covid-19 infections low during his speech.

"We will absolutely prevent the explosive spread of infections and protect the lives and health of the people, and resume social and economic activities to revive the economy," he said, according to Kyodo News.

The Japanese Prime Minister, who succeeded Shinzō Abe, said the Government will secure enough vaccines for the Japanese population in the first half of 2021.

This would be dependent on the safety and effectiveness of vaccines being confirmed.

Hopes have been raised in recent weeks that a safe vaccine could be approved by the end of this year.

A vaccine would provide a boost to Olympic organisers, although the International Olympic Committee (IOC) has repeatedly suggested it would not be a "silver bullet" for the Games to take place.

Measures may include a health-checking app, mandatory testing and health insurance and exclusive health centres for tourists.

Suga has recently identified rescuing the Japanese tourism industry as a key policy, which is likely to aid the efforts of Tokyo 2020 organisers.

IOC President Thomas Bach is expected to visit Japan next month to meet Suga, but no dates for his trip have yet been confirmed.