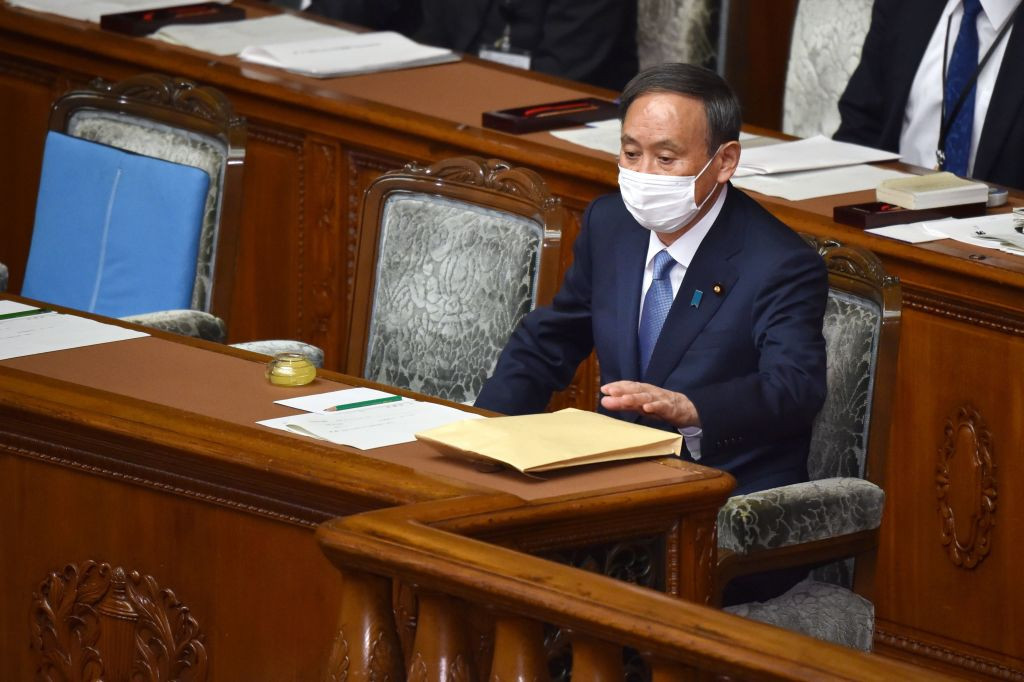 Japanese Prime Minister Yoshihide Suga has warned of the need for extra caution in the country amid concerns over a resurgence in the number of COVID-19 infections in the Olympic and Paralympic Games host nation.

Cases have steadily been rising in Japan over the last week, with 1,141 reported on Friday (November 6).

Kyodo News reported the figure had surpassed the previous day's 1,050 and had brought the country's cumulative total to 106,827.

Many of the infections have come in Tokyo and other urban areas, according to Kyodo.

The Japanese capital reported another 242 cases on Friday, bringing the total in the city to 32,135 - the highest of any of the nation's prefectures.

Sapporo, the venue for the race walks and marathons at the postponed Tokyo 2020 Olympics next year, has also seen a recent rise in cases after infections were detected in a high school and a medical institution.

Hokkaido prefecture, of which Sapporo is the capital, recorded an additional 115 infections on Friday.

It came a day after Hokkaido reported 119 cases, the largest daily figure since the outbreak of the novel coronavirus and the first time the prefecture had confirmed a daily figure above 100.

"We have to watch the situation with a stronger sense of caution than before," Suga said.

Suga, who became Prime Minister in September following the resignation of Shinzō Abe for health reasons, said last month that he would seek to prevent the "explosive spread" of coronavirus.

Hopes have been raised in recent weeks that a safe vaccine could be approved by the end of this year.

A vaccine would provide a boost to Olympic organisers, although the International Olympic Committee has repeatedly suggested it would not be a "silver bullet" for the Games to take place.

A health-checking app, mandatory testing and health insurance and exclusive health centres for tourists are expected to be among the other measures.