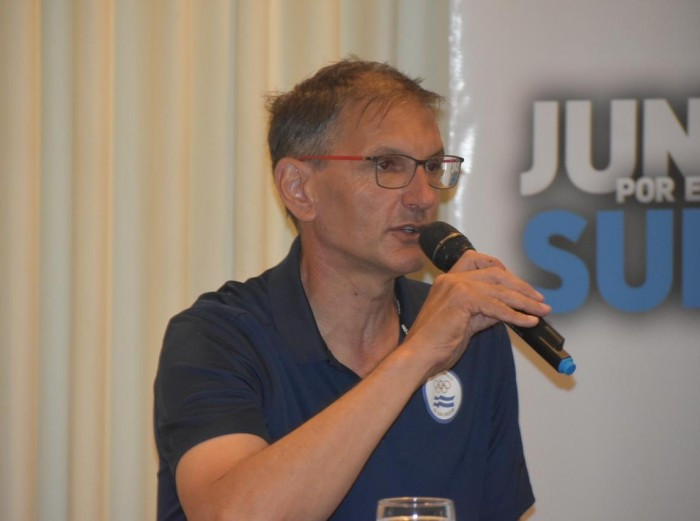 Guillermo Pfaab has been appointed as the technical director of the El Salvador Olympic Committee (ESNOC).

The Argentine is a former rower who represented his country at the Barcelona 1992 and Atlanta 1996 Olympic Games.

He has started work by touring some of El Salvador's national federations, including rowing, badminton, archery and gymnastics.

Pfaab was previously an academic director at the Argentine Rowing Association and is a professor of physical education.

It is hoped that he will help both Salvadorian athletes and coaches in his new role.

"The technical director comes to fill one of the gaps and to fill a great need," said ESNOC President Eduardo Palomo.

"We hope to transfer an element of value for the athletes and the organisational structure.

"One of the objectives is to raise the competitive level of the Team ESA athletes who participate in the Olympic cycle, and who will have the support of the work that has been done for years in sports analytics.

"Another objective is the coaches.

"Guillermo comes to institutionalise the coaches, we know that there are good coaches in the country and we have a great teacher and friend who will share his teachings with the country."

El Salvador is still waiting for its first Olympic medal of any colour.

At the Rio 2016 Summer Olympics, shooter Lilian Castro served as flagbearer before finishing 44th in the qualification round of the women's 10 metres air pistol.

Last week, it was revealed that El Salvador and Puerto Rico have expressed interest in hosting the 2022 Central American and Caribbean Games.

It followed the withdrawal of hosts Panama due to the coronavirus pandemic.