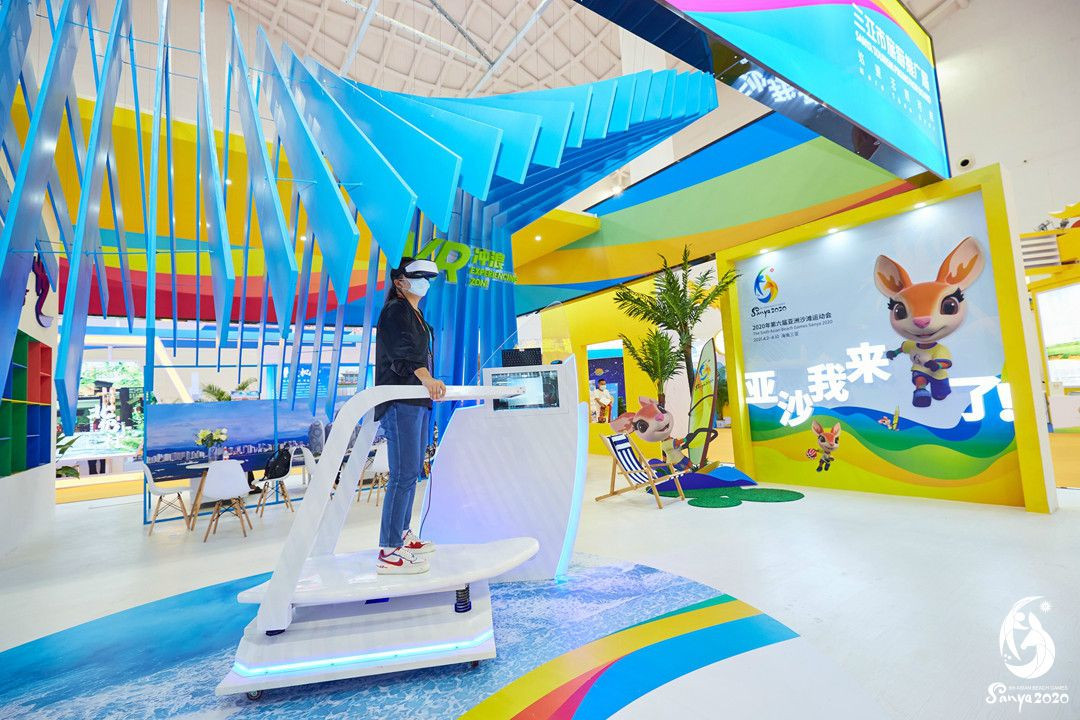 Display boards were put up at a stand created to advertise the Games, which were due to open on Saturday (November 28) but have been moved to April because of the coronavirus pandemic.

Games mascot Yaya, a deer, was on hand at the event as well as a virtual reality experience which allowed visitors to try out beach and water sports such as surfing.

Organisers said that a number of people visited the stand with Yaya toys proving particularly popular.

The Expo is the latest opportunity officials have used to promote the Games after a previous publicity drive at the city's Phoenix International Airport last month.

Sanya, located on the southern end of Hainan Island, is due to be the sixth host of the Asian Beach Games.

Dates of between April 2 and 10 have now been set after the Chinese Government decided to cancel the majority of international sporting events for the rest of 2020.

The name "Sanya 2020" will be retained despite the event now being planned for 2021.