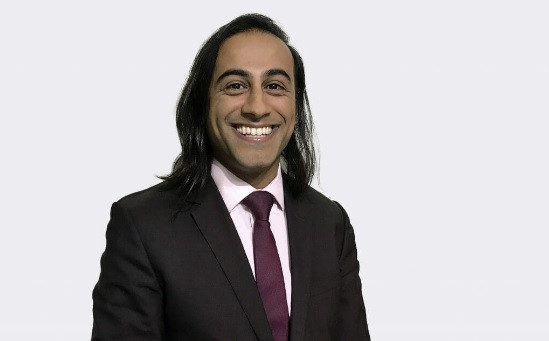 Hiren Dhimar - who is credited with playing a key role in helping to shape the United Kingdom Government's diversity and inclusion strategy - has joined the Birmingham 2022 Commonwealth Games Board.

The senior commercial adviser for the Department of Digital, Culture, Media and Sport (DCMS) has been tasked with the responsibility of ensuring a successful commercial programme for Birmingham 2022.

Hiren replaces Helen Judge as the DCMS representative on the 12-person Board, led by John Crabtree.

Judge is believed to have been moved to a different department within the Government.

His appointment comes almost two months after Jonathan Browning resigned from the Board because of a "growing frustration" at "a lack of transparency".

Birmingham 2022 found itself at the centre of a diversity row this summer after only one of the 20 members on its Board of Directors and Executive Management was not white.

The criticism led Sandra Osborne to replace Commonwealth Games Federation President Dame Louise Martin on the Board in July.

The appointment of Dhimar now increases the Black, Asian and Minority Ethnic (BAME) representation to three.

Hiren was part of Building Digital UK where he led the market engagement strategy to help achieve the Government’s objective of 95 per cent superfast broadband coverage by 2017.

He then led the commercial team's subsequent growth and transformation to support the Government's £5 billion ($6.68 billion/€5.6 billion) programme for delivering gigabit connectivity to the UK.

Prior to joining the civil service, Dhimar worked in the private sector, leading national supply chain implementations of outsourced Government contracts, namely the work programme and the national citizen service.

Dhimar has been working for the DCMS for the past five-and-a-half years, taking on the role as senior commercial adviser in May.

Chair Crabtree said: "We welcome Hiren to the Birmingham 2022 board and we look forward to working with him as we ramp up the delivery of the Games.

"I would also like to express my personal thanks to Helen Judge for her support in recent years and wish her luck with her new role.

"We have made remarkable progress on organising the Games despite the challenge of the pandemic, and 2021 is going to be an extremely exciting year for everyone involved in Birmingham 2022."