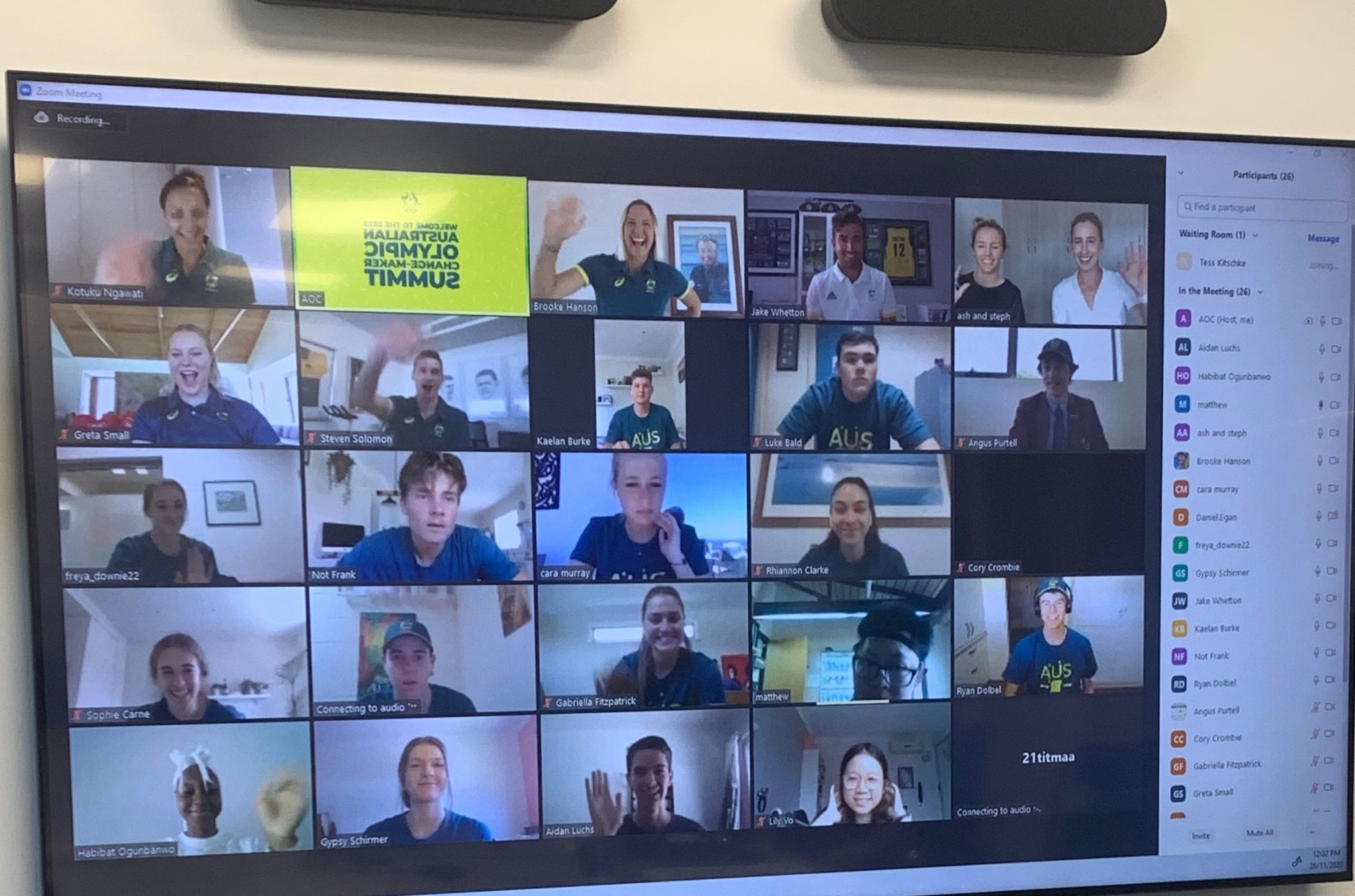 Twenty-one Australian students have received Olympic Change-Maker awards in recognition of the work they are doing to promote sport in their area.

The students, who are all in Years 10 to 12 at their respective schools, were selected from a shortlist of 840 entries by a panel of Olympians.

They have been invited to take part in a virtual national summit alongside Olympians Steve Solomon, Greta Small, Koti Ngawati, Jake Whetton, Steph Moorhouse and Ashleigh Brennan where they will look at how Australia could make the most of community opportunities if an Olympic Games took place in Queensland in 2032.

The students will explore areas including sustainability, equality, diversity, regional impact and community spirit, and will present their findings from the summits to Australian Olympic Committee (AOC) chief executive Matt Carroll and AOC Athletes’ Commission member Cate Campbell next month.

Carroll offered congratulations to the Change-Makers saying: "They have demonstrated the excellent contribution young people can make in their community and the positive change that can be achieved through sport.

"I’m excited at the opportunity for these students to work with Olympians and hear their voice on the potential for a 2032 Olympic bid.

"Over the next decade these Change-Makers will be the planners, medical staff, engineers, builders, entrepreneurs, volunteers and community leaders that will be the heart of any Olympic programme."

Students received Change-Maker awards for setting up projects that made a difference to sport within their schools.

These included running and fitness clubs, gender and ability-inclusive sporting programmes and a mountain biking club.

Greta Small, an Australian Alpine skier who competed at the Sochi 2014 Winter Olympics, said she was excited to be working alongside the Change-Makers during the summits.

"I’m thrilled to be able to celebrate the achievements and work closely with the 2020 Change-Makers at the national summit," Small said.

"Sport can play such a vital role in promoting equality, inclusion, wellbeing and advocating for healthy lifestyles.

"It’s so important to listen to young people like these Change-Makers to not only provide a platform for them to learn and grow, but to give them a platform and voice to bring their ideas to the forefront.

"I’m excited to see the ideas and plans that will come from these young leaders throughout the summit."

Queensland is one of a host of cities that has expressed an interest in hosting the Summer Olympic Games in 2032, with other candidates including Jakarta in Indonesia, Doha in Qatar, Rhein-Ruhr in Germany and India.

Chengdu and Chongqing in China revealed plans to potentially bid for the 2032 Olympics in Government documents released today.