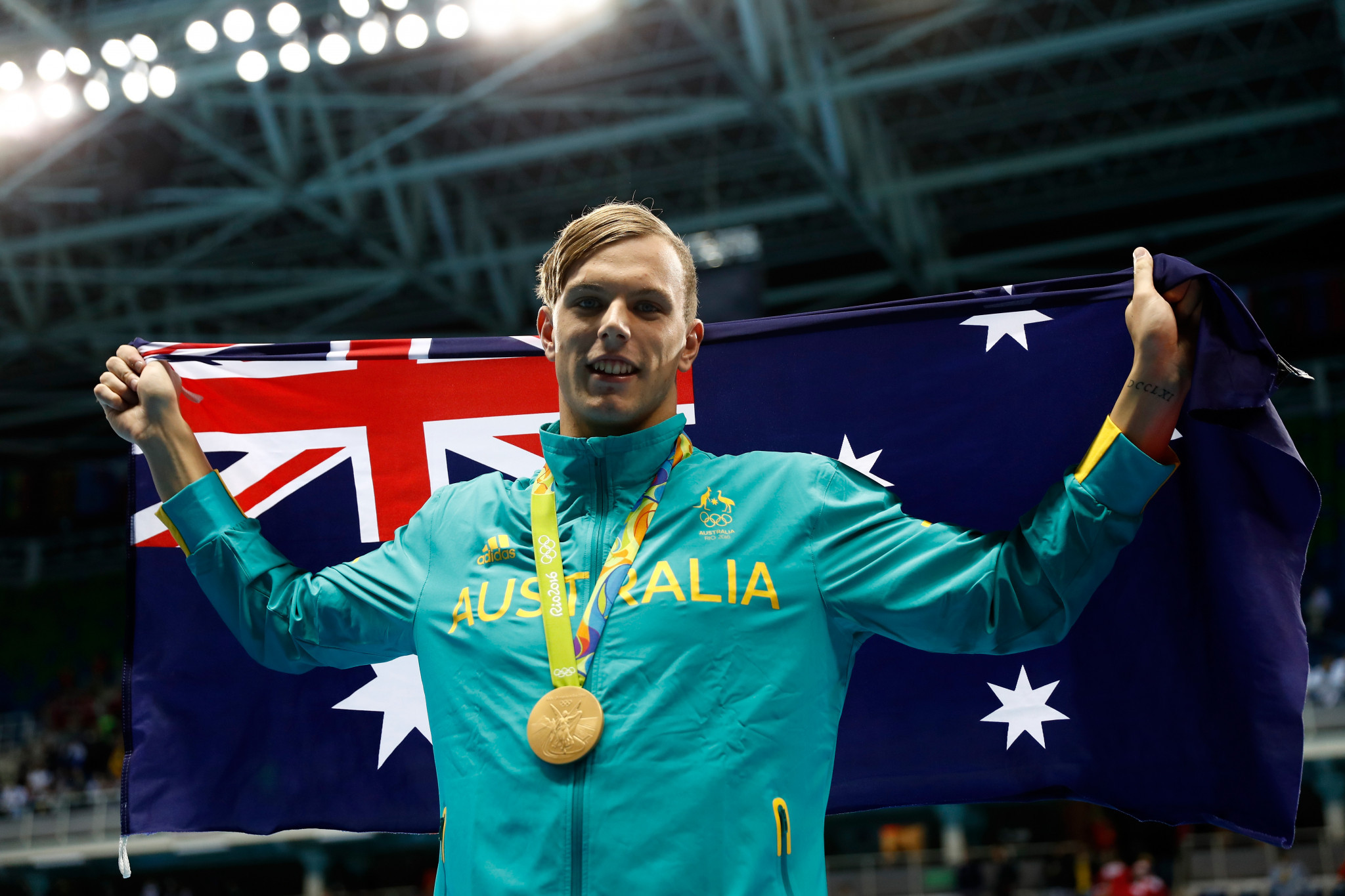 Olympic swimming champion Kyle Chalmers has set his sights on defending his title at Tokyo 2020 after undergoing shoulder surgery.

The Australian, who won gold in the 100 metres freestyle at Rio 2016, went under the knife last week to remove a troublesome bursa.

But Chalmers looked in good spirits when he posted a picture on Instagram of himself in his hospital bed as he spoke of his desire to be fit for next year's rescheduled Olympics.

"Rehab starts now, bring on Tokyo 202One," said the 22-year-old, who became one of Australia's youngest swimmers to win an Olympic gold medal, just a month after turning 18.

Chalmers' coach Peter Bishop said his charge had experienced soreness in his shoulder and turned to the specialist that operated on five-time Olympic gold medallist Ian Thorpe for treatment.

"When Kyle came back after COVID he was still sore and we decided we had time on our side so let's get it looked at," Bishop told Swimming World.

"He had already had some cortisone injections and then the PRP (Platelet-rich plasma) therapy which was a slow progression.

"But then when the borders opened between South Australia and NSW and so we could actually fly to Sydney to get the opinion of a specialist recommended by Swimming Australia and actually Ian Thorpe, who was also seeing the same surgeon.

"So we flew over to Sydney last Monday week for an appointment and the specialist suggested some exploratory arthroscopic surgery which was scheduled for Tuesday where he looked inside and they removed a bursa and carried out a general clean up around the capsule.

"From initial reports the doctor is very happy with the rest of the structures in the shoulder so there are good signs and my understanding is that rehab will take weeks and not months…. and we should be good to go."

As well as winning gold at Rio 2016, Chambers clinched bronze medals in the 4x100m freestyle relay and the medley relay.

Since then Chambers has undergone three operations to address a long-term heart condition called supraventricular tachycardia.

The latest of those took place in August 2019.

But Chambers has continued to gain success in the pool, winning four golds at the 2018 Commonwealth Games and four medals at the 2019 World Championships.

Earlier this year Chambers claimed "a lot of doping" was occurring in swimming and that he could not trust half of his opponents.