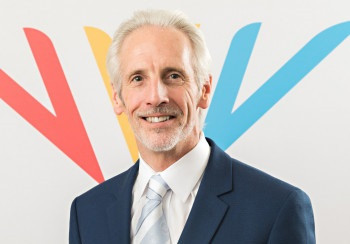 The fifth CGF Coordination Commission review concluded yesterday and was held virtually as a result of the COVID-19 pandemic.

Preparations for the 2022 Commonwealth Games have been somewhat disrupted during the global health crisis.

Plans for the Birmingham 2022 Athletes' Village were scrapped in August after a review into the impact of the pandemic on construction found the project could not be delivered on time.

Birmingham 2022 also had to shift its schedule by 24 hours to accommodate the rescheduling of the World Athletics Championships and UEFA Women's Football Championships, with competition now set to take place from July 28 to August 8, 2022.

"What I have been most impressed by is the flexibility and resilience the Birmingham 2022 delivery partnership have displayed throughout this pandemic," said Robertson.

"Amongst many examples, Birmingham 2022 have successfully adapted their athlete accommodation model to three excellent 'campus' villages, whilst ensuring that the Council-led Perry Barr regeneration scheme will still be delivered to provide 1,400 much-needed homes for the area in what will be a key legacy from the Games.

"In addition, a 24-hour change to the start date will allow the Commonwealth Games to take place in an action-packed summer of sport that will include the rescheduled World Athletics Championships in Oregon and UEFA Women's Football Championships in England.

"There is no doubt challenges lie ahead for Birmingham 2022, but my main takeaway is that Birmingham, the West Midlands, the UK and the Commonwealth can start feeling very optimistic and excited about what should be a fantastic Games."

CGF vice-president Robertson previously served as Coordination Commission chair for the Melbourne 2006, Glasgow 2014 and Gold Coast 2018 editions of the Games.

CGF Partnerships - a joint venture between Lagardère Sports which has what are described as "embedded resources integrated in the Birmingham 2022 delivery teams" - supported the Coordination Commission, along with the CGF management team.

The sixth CGF Coordination Commission is scheduled to take place in June.

"Despite the challenges we have faced this year, we have managed to make significant progress and sustain momentum on all areas of Games delivery," said Birmingham 2022 chief executive Ian Reid.

"This is down to a dedicated partnership, that is forged in trust, and shares a fervent belief that these Games will provide a much-needed beacon of hope for all involved.

"As always, we are grateful for the continued support and advice from the CGF, Bruce, and his Coordination Commission colleagues, and we look forward, as a partnership, to welcoming them back to Birmingham in 2021."