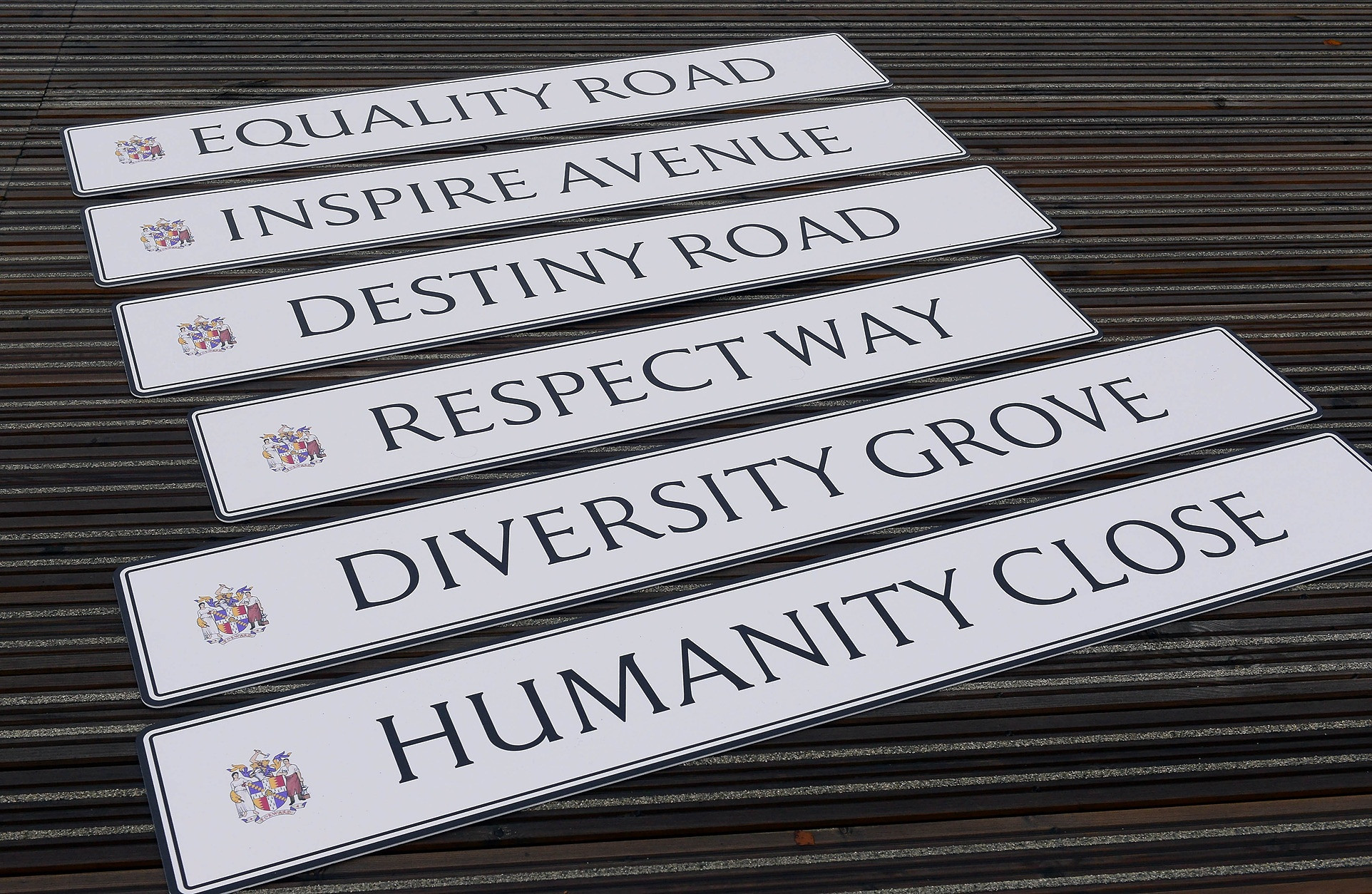 There are 5,000 new homes being built as part of the wider Perry Barr regeneration programme, as well as improvements to leisure and community facilities and upgraded transport infrastructure.

Louise Kilbride was the winner of a competition to name the streets, with their entry said to have "captured the essence of Perry Barr and Birmingham as a whole".

"We were delighted with the standard of the entries that people put forward to name these streets in the largest regeneration scheme we have seen in the north-west of Birmingham for many decades," Zaffar said.

"I want to thank everyone who took some time to get involved with this contest, but it was clear one entry stood out in a very strong field.

"The names put forward by Louise struck a chord with everyone on the panel and the chosen values captured the essence of Perry Barr and indeed the city of Birmingham as a whole."

Perry Barr is home to Alexander Stadium, the athletics venue for the 2022 Commonwealth Games.

It is also due to stage the Opening and Closing Ceremonies.

The stadium is currently being upgraded ahead of Birmingham 2022, which is scheduled to run from July 28 to August 8 in 2022.

Plans were in place to build an Athletes' Village on the former Birmingham City University site in Perry Barr, providing accommodation for 6,500 athletes and team officials, but the Athletes’ Village was scrapped in August after a review into the impact of the coronavirus pandemic found it could not be delivered on time.

"On behalf of the entire Commonwealth Sport Movement and our 72 nations and territories, I am delighted to see that these new Perry Barr streets incorporate our values of Humanity, Equality and Destiny," Dame Louise said.

"This is important as the Perry Barr Regeneration Scheme will be one of the great legacies of the Birmingham 2022 Commonwealth Games."