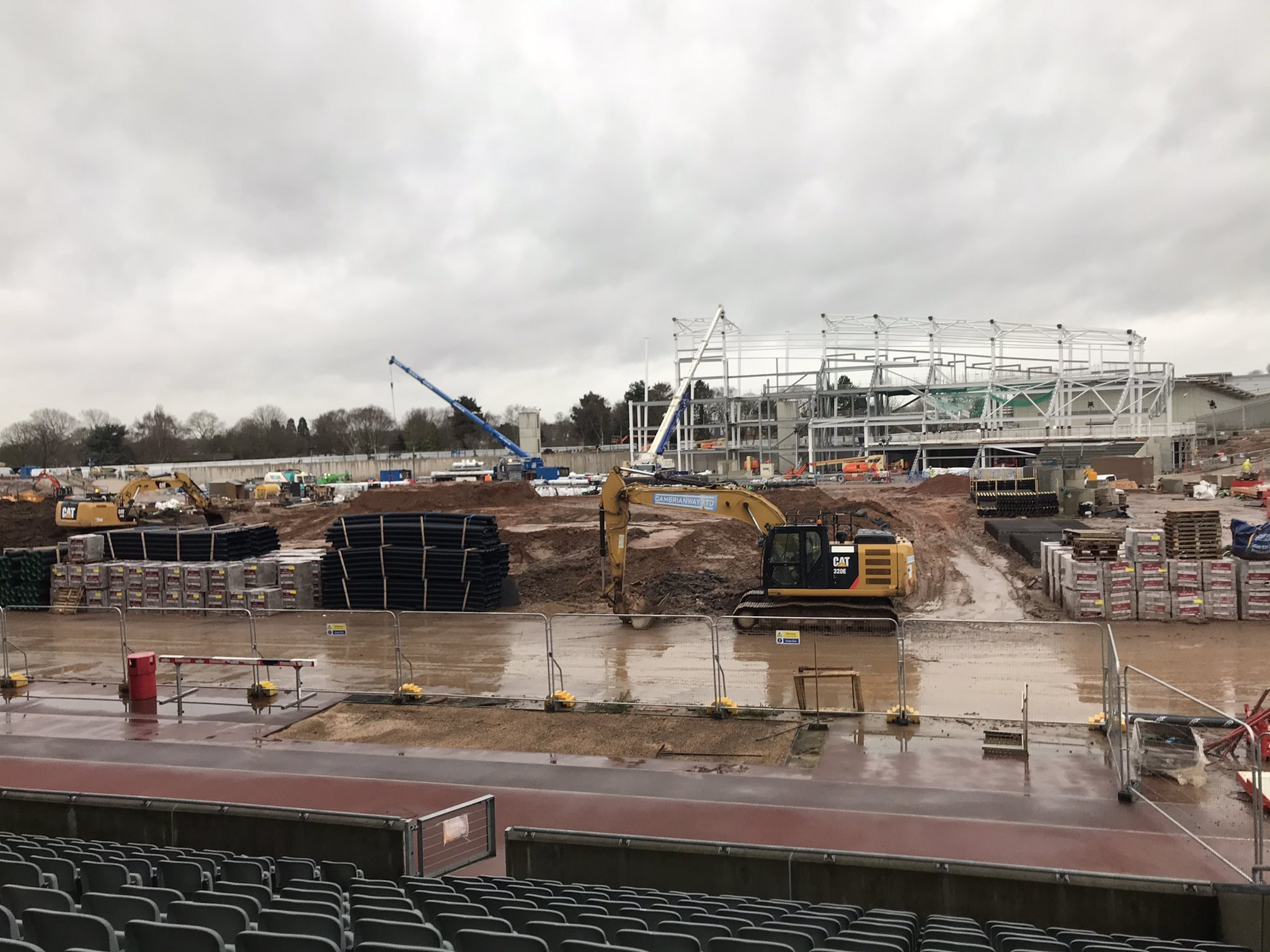 The renovation of the Alexander Stadium – one of the key venues for the next Commonwealth Games – is "slightly ahead" of schedule and "on budget", according to Birmingham 2022 chief executive Ian Reid.

Construction work is currently underway at the stadium which is set to host the Opening and Closing Ceremonies as well as the track and field competitions at the Games in two years’ time.

Since being granted planning permission in January, three existing stands have been demolished and steelwork has gone up to form the new west stand.

The coronavirus pandemic has already dashed organisers’ plans for an Athletes’ Village, with the project scrapped in August after admitting they were unable to deliver it on time.

But Reid said he was pleased to report COVID-19 had "not managed to work its wicked way in obstructing progress" of the stadium and hinted it could be finished before April 2022 – the planned completion date.

Following today’s update on progress at the Alexander Stadium, here’s a sneak peek at how things will continue to shape up in the coming months as we count down to #B2022.

"I have been so impressed with what the construction team has been able to achieve and the programme management team at Birmingham City Council to keep this project moving and I think they are slightly ahead of time," said Reid.

"It has really been brought to life.

"From a Games perspective, if it finishes in April we will be absolutely delighted and that’s the plan.

"If it is slightly ahead of that, then that’s all the better.

"Everything is choreographed well in relation to construction being completed and then we come in as the Organising Committee with what we call the overlay so all the temporary facilities for the event which includes the temporary stands for either end, and all the other support requirements for the Games.

"That’s all on plan and we are not concerned about delivery at the moment.

"Speaking to the construction team, they are really pleased with the progress they have been able to make.

"They have put in place an incredible amount of health and safety provisions around the challenges that we face, but still able to stay right on time and on budget and they are very positive about delivering."

"The Alexander Stadium will be at the centre of international sporting attention during the summer of 2022, and it is really exciting to see the new stand taking shape,” said Brigid Jones, deputy leader of Birmingham City Council.

"It is a testament to the hard work of everyone involved with the project that they have kept things on track despite the challenges of this year.

"As we come up to the third anniversary of Birmingham being awarded the Games, this is a hugely encouraging demonstration of the progress we have made so far in our preparations, and the long-lasting legacy that this project will create for the people of Perry Barr and Birmingham as a whole."

The Alexander Stadium is the home of Birchfield Harriers which has been responsible for nurturing some of Britain’s best athletes.

Kelly Sotherton, a three-time Olympic bronze medallist and Commonwealth Games champion, came through the club's ranks and has been impressed with the redevelopment of the stadium.

"This will be an amazing venue for Birmingham 2022 and I’m sure that athletes from across the country, and around the world, are looking forward to competing here during the Games," Sotherton added.

The Games are due to run from July 27 to August 7 in a year where the sporting calendar looks set to be increasingly crowded, with many events pushed back to 2022 after the Olympics were postponed until 2021 as a result of the pandemic.