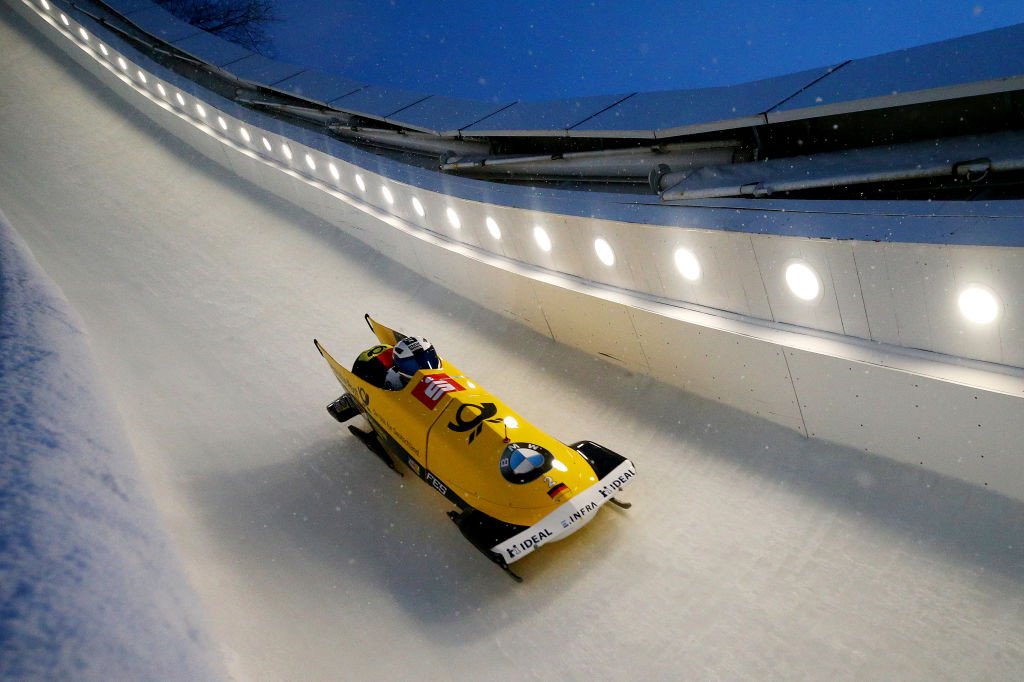 The formidable German continued his superb start to the campaign, where he has finished either first or second in every two-man race, as he broke his own track record in the opening run by clocking 51.04sec.

Johannes Lochner and Christian Rasp of Germany were third, a further 0.05 adrift, to record their sixth podium result from the first seven races of the season.

Victory for Friedrich, the defending overall two-man champion, is now within one win of tying the all-time record of 44 set by Germany's André Lange.

Friedrich has won all but one of the two-man events to have been held so far this season, after he was beaten by team mate Johannes Lochner in Innsbruck last weekend.

Defending overall two-woman champion Stephanie Schneider of Germany claimed victory in her opening race of the season as she clocked 1:45.94 with push athlete Leonie Fiebig.

Schneider, who replaced Olympic gold medallist and overall leader Mariama Jamanka as the driver of the main German two-woman sled for today's event, led a German clean sweep as Laura Nolte and Deborah Levi were 0.18 back in second place.

The event in Innsbruck concludes tomorrow with the second two-man bobsleigh competition of the weekend.