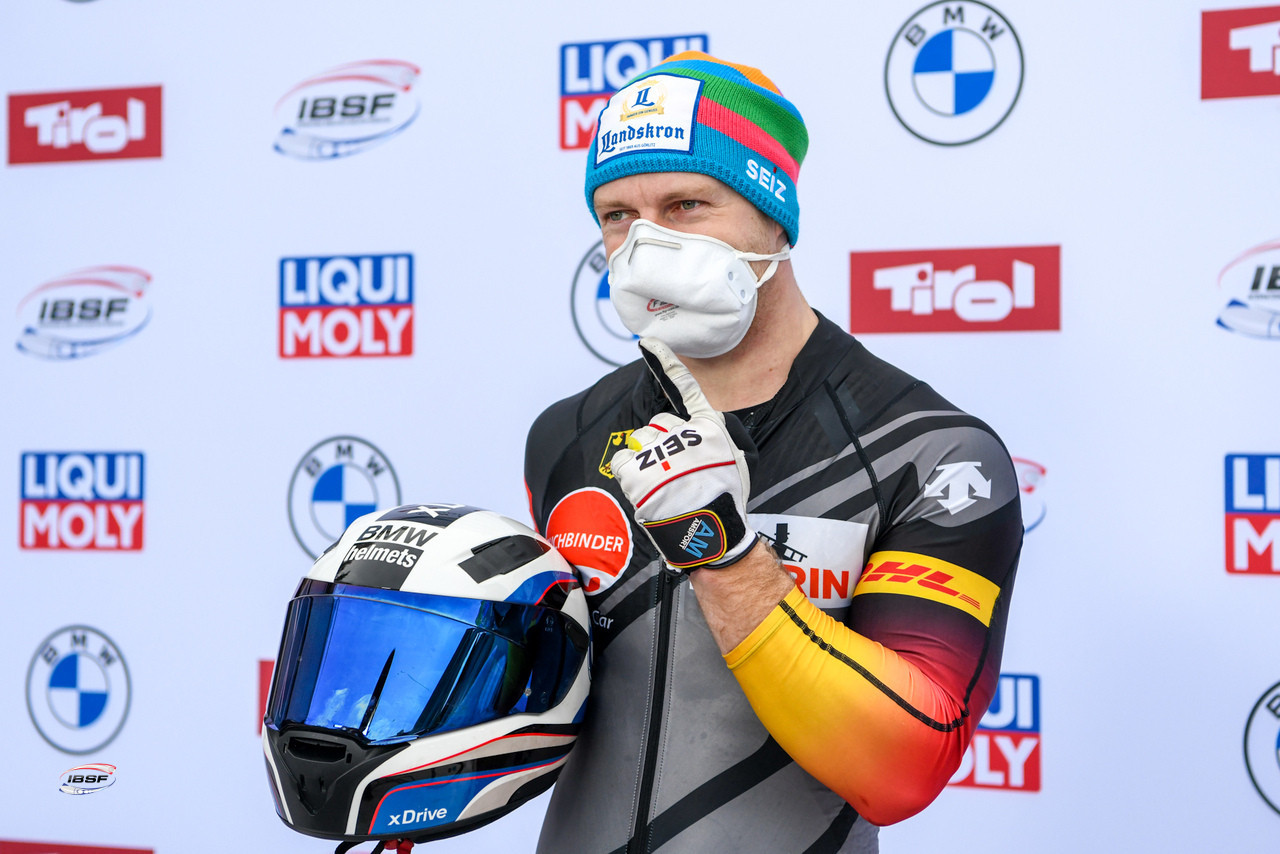 Along with push athlete Alexander Schüller, Friedrich posted the best two runs of the day to storm to victory by 0.78sec in the two-man bobsleigh contest.

Olympic and world champion Friedrich has one hand on the IBSF World Cup title this season, having won all but one of the eight races so far.

Friedrich is the reigning two-man and four-man World Cup, world and Olympic champion.

Latvia's Oskars Ķibermanis and Matīss Miknis backed up a strong first run to win the silver medal in a close battle for the other spots on the podium.

It is the pair's fourth consecutive podium, and second silver this weekend in Austria.

Johannes Lochner, who is the only bobsledder to defeat his compatriot Friedrich in the 2020-2021 season, claimed the bronze medal with Christian Rasp, 0.90 behind the winners.

The duo would share their spot on the podium with a third set of Germans - Hans Peter Hannighofer and Marcel Kornhardt - with the World Cup newcomer Hannighofer posting identical runs to finish jointly third.

Ivo de Bruin and Janko Franjic from The Netherlands had their best result of the season, finishing 11th.

The next bobsleigh leg of the IBSF World Cup is set for January 9 and 10 in Winterberg in Germany, and will also double as the European Championships.